Kenney admits many are angry with him 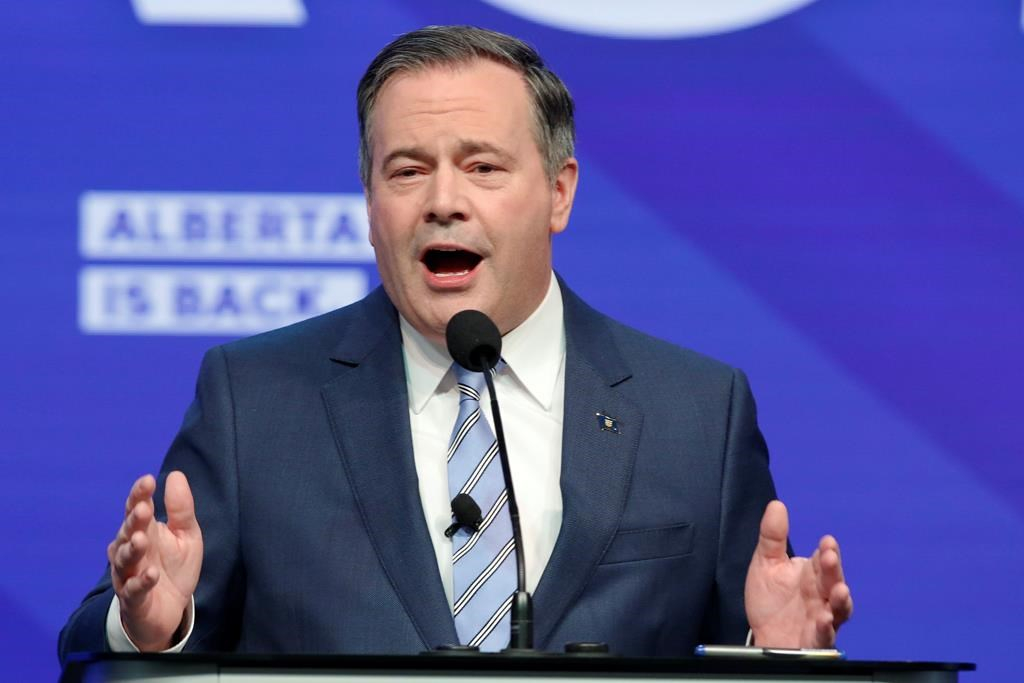 Alberta Premier Jason Kenney is acknowledging tensions within his United Conservative party, while the UCP president is pleading with members to remain united under the camp's banner.

Both remarks came moments apart at the party's annual general meeting in Calgary on Saturday.

Kenney gave a keynote speech in which he defended actions to protect the province's health-care system during the COVID-19 pandemic, despite the fact that some of those actions caused rifts within party ranks.

"We have made mistakes in the process and, as premier, I must take responsibility for that," said Kenney. "I know that many of you are angry with me and our government for having introduced public health restrictions at various times throughout COVID."

But Kenney said he doesn't regret his government's pandemic-fighting measures despite the anger they caused because they were necessary to protect Alberta's health system, which was on the brink of collapse.

The premier faced heavy criticism from people who thought the varied restrictions were too strong and others who thought he should have acted sooner and more decisively.

Kenney's approval rating has plummeted throughout the COVID-19 pandemic, and a series of contentious issues, such as an ongoing lawsuit against his office and political infighting, have framed much of his tenure.

He said he welcomes an upcoming leadership review but asks members to focus on the priorities of Albertans instead of internal party business. Kenney is set to face a leadership review in April but it could come sooner.

"There will be a leadership review vote next year and I want you to know I welcome that, I embrace that opportunity for accountability," Kenney said during his speech Saturday.

'I know that many of you are angry with me': Kenney speaks to #UCP tensions during #AGM. #ABPoli

"Too many of us have forgotten that we are the United Conservatives. Some of us forget what brought us together and are now focusing on what divides us," said Moore. "Compromise isn't always easy but is often the right thing to do. We must remember that politics is the art of negotiation and compromise."

When Kenney came to the stage, he was met with a standing ovation from a large portion of the room although some remained seated.

Brian Jean, former Wildrose leader and co-founder of the UCP, said Kenney's address won't win back support from his critics.

Jean has said he plans to run again for the UCP in a vacant seat in Fort McMurray, and that if he's elected, he will work to get Kenney out as premier.

"There have been a lot of things besides COVID that have not gone right for him."

Sawhney said Kenney was right not to focus on divisions, and she noted the leader is in regular conversations with UCP members.

Twenty-two UCP constituency associations have signed a letter to the party executive calling for a vote on Kenney's leadership earlier than the one scheduled for April.

On Friday, a motion that would have made it harder to hold an earlier review failed to pass with the required 75 per cent or more of the votes.

The motion that didn't pass called for raising the required number of constituency associations to 29.

This report by The Canadian Press was first published Nov. 20, 2021.