Can researchers breed a potato resistant to climate change? 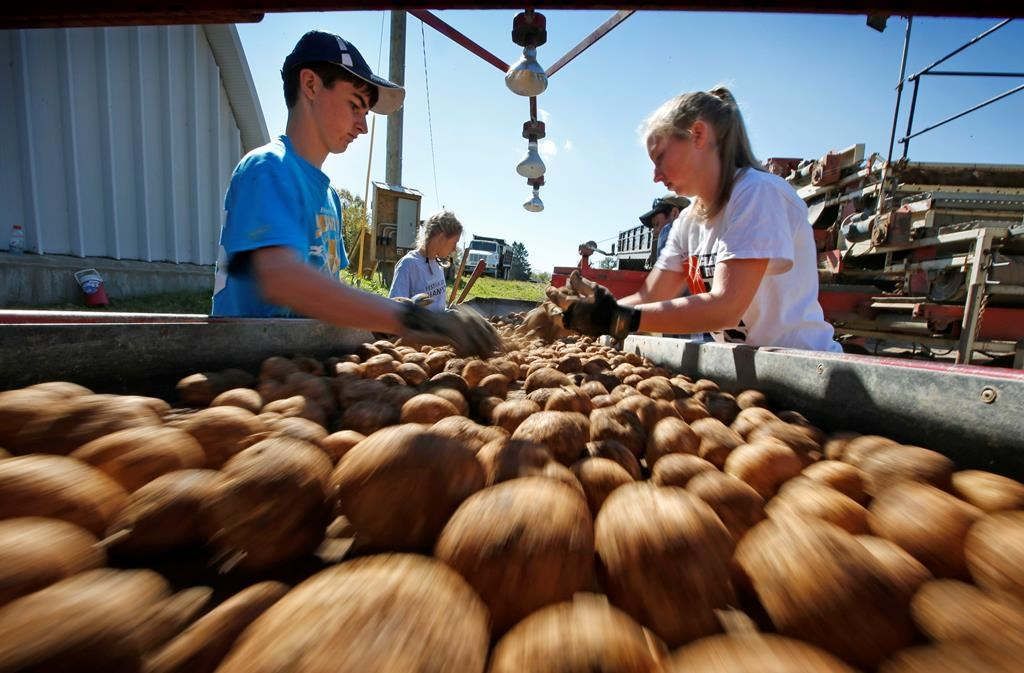 University of Maine researchers are trying to produce potatoes that can better withstand warming temperatures as the climate changes.

Warming temperatures and an extended growing season can lead to quality problems and disease, Gregory Porter, a professor of crop ecology and management, told the Bangor Daily News.

“The predictions for climate change are heavier rainfall events, and potatoes don’t tolerate flooding or wet conditions for long without having other quality problems,” Porter said. “If we want potatoes to be continued to be produced successfully in Maine, we need to be able to produce varieties that can be resistant to change.”

Around the world, research aimed at mitigating crop damage is underway. A NASA study published this month suggested climate change may affect the production of corn and wheat, with corn yields projected to decline while wheat could see potential growth, as soon as 2030 under a high greenhouse gas emissions scenario.

Maine is coming off of a banner potato crop thanks in part to the success of the Caribou russet, which was developed by UMaine researchers. But Porter fears that even that variety isn’t as heat tolerant as necessary to resist the future effects of climate change.

Pests are another factor. The Colorado potato beetle and disease-spreading aphids have flourished with the changing climate, said Jim Dill, pest management specialist at the University of Maine Cooperative Extension.

Breeding seemingly small changes like hairier leaves that make it difficult for insects to move around on the plant can cut down on pests’ destruction and also the need for pesticides, he said.

Breeding such characteristics into potatoes is a long process of cross-pollinating different potato varieties.

The process is well underway.

They're in a research testing phase right now at sites throughout the United States. Test potatoes in Virginia, North Carolina and Florida are testing high temperature stress.

“It takes 10 years of selection after that initial cross pollination, and it might take two to five years before enough commercial evaluation has taken place to release a new potato variety,” Porter said.

This story has been corrected to show that the NASA study suggests wheat production could grow, while corn yields could decline, under a high greenhouse gas emissions scenario.

All hail Professor Carlos M. Ochoa of Peru!—who did a huge amount of research about the potato family, particularly in identifying the dizzying number of potato species. Fall fairs in Peru must be a colourful display: potatoes of every shape, size and colour. Check it out!

I used to grow potatoes every year, back when I was a gardener. I remember when I saw my first Peruvian purple potatoes: never got too popular because, mashed, it looks like blue bruises, but it’s taste is good (kind of tart) and, of interest to a gardener, very resistant to diseases and weather—probably because it is closer to its wild ancestor than most popular North American varieties which are very highly hybridized to suit climates and conditions of the mass-food market.

I grew some purple Peruvian potatoes: they were beautiful looking so I entered them in our local fall fair, best potato, three specimens, one for revealing the inside. I was disappointed that I didn’t win first prize so I complained to the judge: she said, “you would have, but you didn’t submit three specimens.”
“Yes I did!” I protested.
“Well, take it as a compliment: somebody obviously must’ve pocketed one of them...”
I bitched about security. She patiently concurred. But I went home with at least a smile. Mine actually were the best looking spuds on that whole, long table of entrants.

Everybody should know about Gregor Mendel, the German Abbot who bred peas outside the rectory of his Abbey, wrote a paper on his findings, and is now considered the “father of genetics”—before even bacteria were ever seen, and way before genes and DNA were discovered. He inspires because anybody can do what he did with a razor, a small, sable paintbrush, a pad of paper and a pen, and a bunch of pea plants with various colours and textures.

So inspired, I tried my hand at breeding potatoes, starting, of course, with the purple ones, crossed with a variety of others we used to sell for “seed” at a nursery we uses to operate. It’s fun. Anybody can do it because the flower parts that one manipulates to control which variety is crossed with another are big, easy to see and tend. The little “green-tomato” fruits contain the resulting seeds which, planted, yield tiny tubers the size of peanuts which, when planted the following year, yield full-sized potatoes. It’s so cool.

The fun part was the back-crosses and segregating generations: every size and shape imaginable—most not suitable for production, but fun to see. Out of all the crosses I did over a period of about seven years, I only got one worth cultivating for food: “Strawberry Ripple” because of its striped, pink and white flesh.

Everybody should breed potatoes. In Peru, there are thousands (yes, thousands!) of species in the wild, so plenty of genetic variation to work with. The University in Lima has more info about potato breeding. Kids can do it. It’s fun!