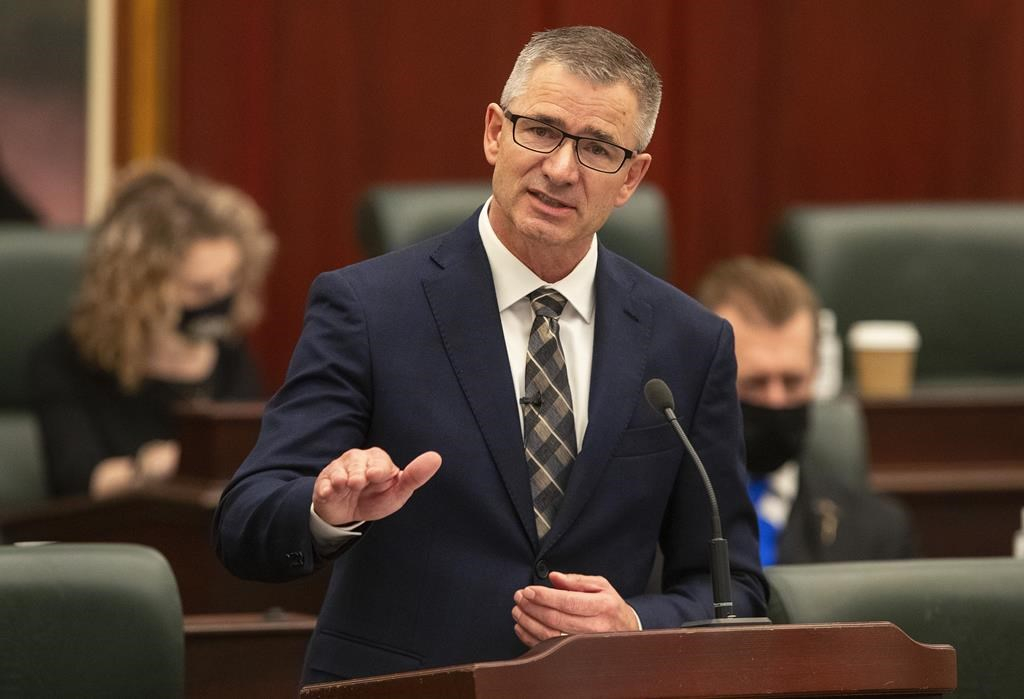 Alberta's finance minister says the recent bullish run on energy prices is part of a stronger economic story on the province's bottom line that will be revealed in the upcoming second-quarter budget update.

Travis Toews says investment is gaining strength across a range of sectors, but he is not revealing details until the update is delivered Tuesday.

"Certainly, rising energy prices are part of the good news story for Alberta, there's no doubt about that, but tomorrow we can talk about a much broader recovery," Toews told reporters at the legislature Monday.

"We're seeing improved investment attraction across many key sectors in the province."

Toews introduced the budget back in February projecting an $18-billion budget deficit with West Texas Intermediate — the North American oil benchmark price — estimated to average US$46 a barrel throughout the year.

But both oil and natural gas, mainstays of Alberta’s resource-based economy, have been enjoying banner years. That has prompted the province to adjust both revenues and projections.

In the first-quarter budget update in August, Alberta's West Texas forecast was raised to US$65 a barrel and the deficit projection halved to less than $8 billon.

Economist Trevor Tombe said up until last week West Texas was averaging US$71 a barrel alongside a price surge in natural gas to almost $3.60 a gigajoule — up substantially from the $2.60 gigajoule predicted at budget.

He said all that could mean an extra $2 billion on top of the $10 billion the province was expecting to receive from all non-renewable resources this fiscal year.

"Tomorrow we may very well see certainly above 10 (billion dollars), I think no question about that, but maybe 11 or 12," said Tombe, a professor at the University of Calgary. "It depends how conservative the government wants to be (in its price forecasts).

"We're still in a time of pretty incredibly high uncertainty (given COVID-19), so all of these numbers should be therefore taken with a grain of salt.

Opposition NDP finance critic Shannon Phillips said the government is benefiting from a rise in energy prices, but it still needs to present a plan to help families dealing with the double whammy of a 4.7 per cent rise in inflation to go with higher user fees, bills and insurance rates imposed under Kenney's United Conservative Party.

"It's time for Premier Jason Kenney (and) his finance minister to put their feet on the ground, get their heads out of the clouds and focus on what's actually worrying ordinary people," said Phillips.