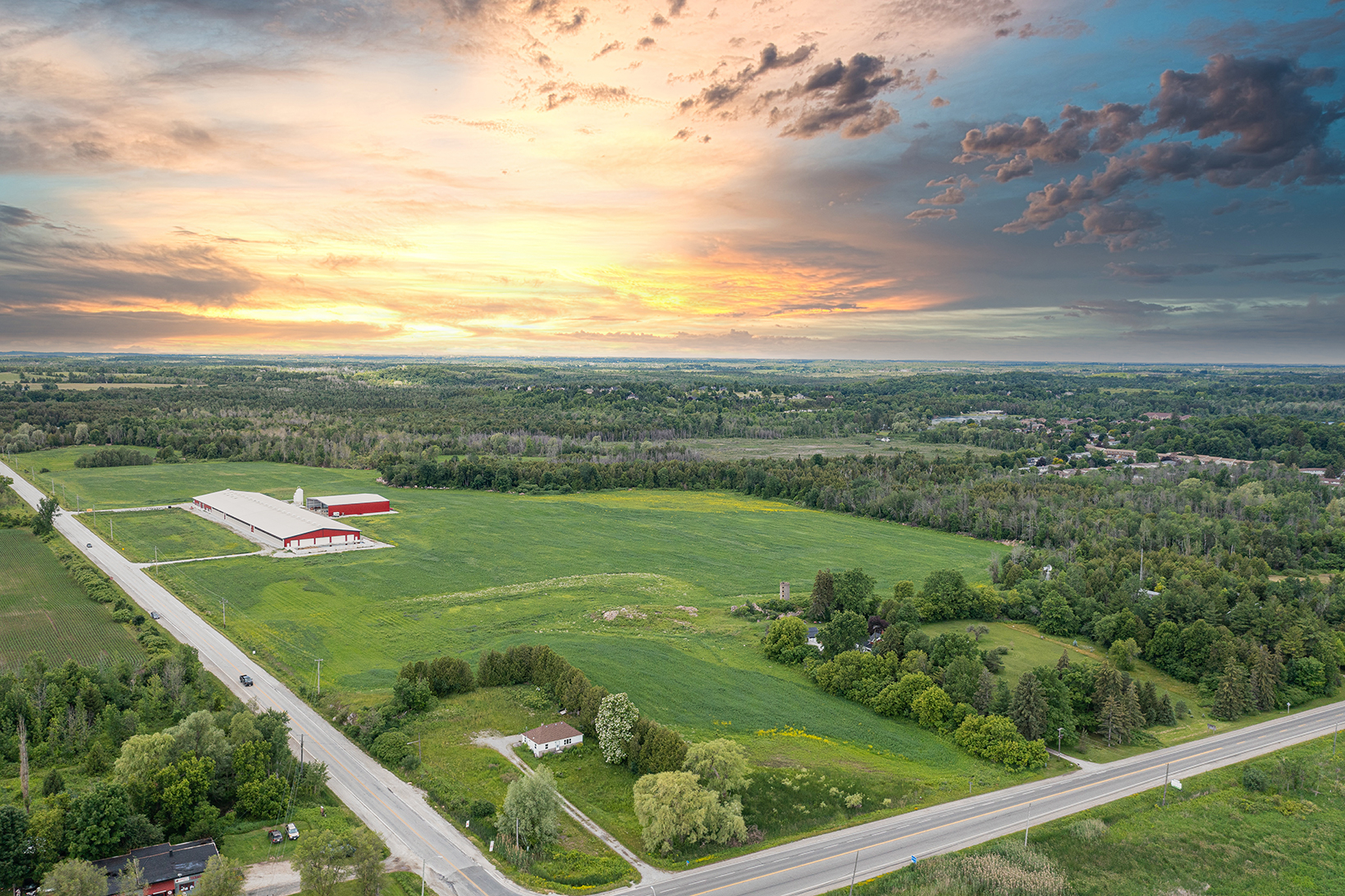 A Christmas holiday in 2011 saw days without power in Halton Hills, Ont., caused by brutal ice storms. Jane Fogal, one of the town’s city councillors, marks that time as a turning point. Extreme weather events have become more common in the town ever since.

Fogal says changing weather has taken a toll on her area’s mixed wood forest — knocked down by wind, destroyed by pine beetles, and replaced with saplings. When she bikes around town, the trees are a constant reminder of how quickly climate change is transforming her own world and places farther afield. It convinced her that as a politician, she needed to act — and fast.

So she brought forward a historic piece of municipal legislation — achieve net-zero emissions by 2030. It’s a wildly ambitious goal for a medium-sized town a stone’s throw from Toronto on the province’s iconic Bruce Trail. Fogal says climate change allows no time for dithering.

“If you were in a car speeding towards a concrete wall that was 50 feet away, would you adopt a plan that would stop your car at ... 70 feet? Or would you make a more ambitious plan to stop at 49 feet?” said Fogal.

Fogal made the motion because she’s aware of the science and wanted to do something more than simply declare a climate emergency.

“I am not interested in a climate change resolution that doesn't actually do something... The date of 2030 is clearly the date the scientists are saying we need to aim at,” she said.

Halton Hills, a town of around 60,000 people, is the first municipality in Canada to commit to such an ambitious target. While the federal government is aiming for zero emissions by 2050, Halton Hills has put forward a piece of legislation that would see it reach that goal two decades earlier. The Low-Carbon Transition Strategy, approved last month, outlines a slew of ways the town plans to reduce its carbon footprint by addressing emissions from transportation and buildings, and increasing renewable energy.

According to the United Nations, cities and towns generate more than 60 per cent of greenhouse gases worldwide and consume 78 per cent of the planet’s energy, all the while taking up only two per cent of the land.

Provincial and federal mandates have the power to reduce emissions, but so do their smaller counterparts, said Dharmen Dhaliah, senior manager of climate change and asset management for the Town of Halton Hills.

While the federal government is aiming for zero emissions by 2050, @_HaltonHills has put forward a piece of legislation that would see it reach that goal two decades earlier. #NetZero

Although Dhaliah said the goal is a daunting task, having the support of town staff and the community is encouraging.

“We realize that we have set the bar very, very high. But the town has always been a strong advocate of [addressing] climate change. So they want to be the trailblazer. And at the same time, we understand we are looking at the big picture ... we’ve seen the impact of climate change.”

In 2019, the town declared a climate emergency, which other cities (like Vancouver) have also done. For Halton Hills, Dhaliah said it sparked momentum to tackle the problem. After declaring the emergency, the town restructured departments to include more management positions with a mandate to tackle climate change. That helped move the pledge forward.

The strategy proposes ways to decarbonize almost all sections of the town’s jurisdiction. It focuses most heavily on how to reduce emissions from the two largest sources of pollution: transportation and buildings — 44 per cent of the town's carbon comes from cars and trucks, while 33 per cent comes from buildings.

The town has plans to incentivize EV use, as well as carbon-free modes of transport, such as biking and walking. It plans to switch town vehicles to electric. Halton Hills has a small public transportation system, and Fogal said there are plans to expand while keeping it electric. She said the coming months will see the first proper bus route in the town, with another connecting link to be added in the future.

Fogal said she’s actually glad they can start from ground zero with their public transportation system and “do it right.” She hopes that, in conjunction with EV use, will help cut back on the largest emitting sector in the town. However, she said more support is needed from higher levels of government.

“We've seen in the U.S., they are already moving. Hopefully, in Canada, there will be some kind of changes to promote electric vehicles and make them more affordable to residents.”

Halton Hills has already received grant money from the Canadian Federation of Municipalities to run a pilot program for a retrofit program to encourage homeowners and landlords to cut back the carbon emissions. The initial program will include 20 homes and will help form a town-wide program.

“For now, we're focusing on residential. And then next year, we're going to look at how we can engage the business sector and industries to also launch some pilots on how they can make their process, their production equipment, their commercial buildings net-zero,” said Dhaliah.

For emissions that they can’t get to, the town plans to purchase carbon offsets (investing in projects that store or reduce carbon to cancel out your own emissions), but Fogal stresses they’re not relying on them as a main part of the plan.

“Before we would ever get into purchasing offsets, we'd have to be clear that we knew that it was real. We're not going to be investing in something in South America,” said Fogal.

She did say a town program to strengthen the tree canopy, with a goal of planting 60,000 trees, is one incentive that’s already underway that will reduce carbon.

Ultimately, both Fogal and Dhaliah stressed the plan is far from complete. But one thing is for sure — they’re committed to the 2030 goal.

Fogal said word of the 2030 plan is still getting out, but the reaction from residents has been overwhelmingly supportive so far.

“We don't have a radio station or a TV station. We've just got social media, we've got a local paper that printed a story, but there's not enough out there yet,” she said.

“So we have to go out and talk to people. And I started doing that. I've been at one high school and I've had different organizations approach me ... and they are so excited when they find out.”

This is great ... as long as they know it's not nearly enough. The final destination needs to be virtually zero carbon and other greenhouse gas emissions. Otherwise it's like leaving a cake in the oven once it's baked and merely turning down the heat instead of turning it off. Or turning off one water tap but leaving the other one running, even though the tub is already overflowing. But kudos to Halton Hills for getting their butts in gear when the rest of us are still sitting on our @$$es ... while the world burns and the car careens off the cliff.