By John Woodside | News, Energy, Politics, Ottawa Insider | December 2nd 2021
#1878 of 2033 articles from the Special Report: Reports from the Race to a Safer World 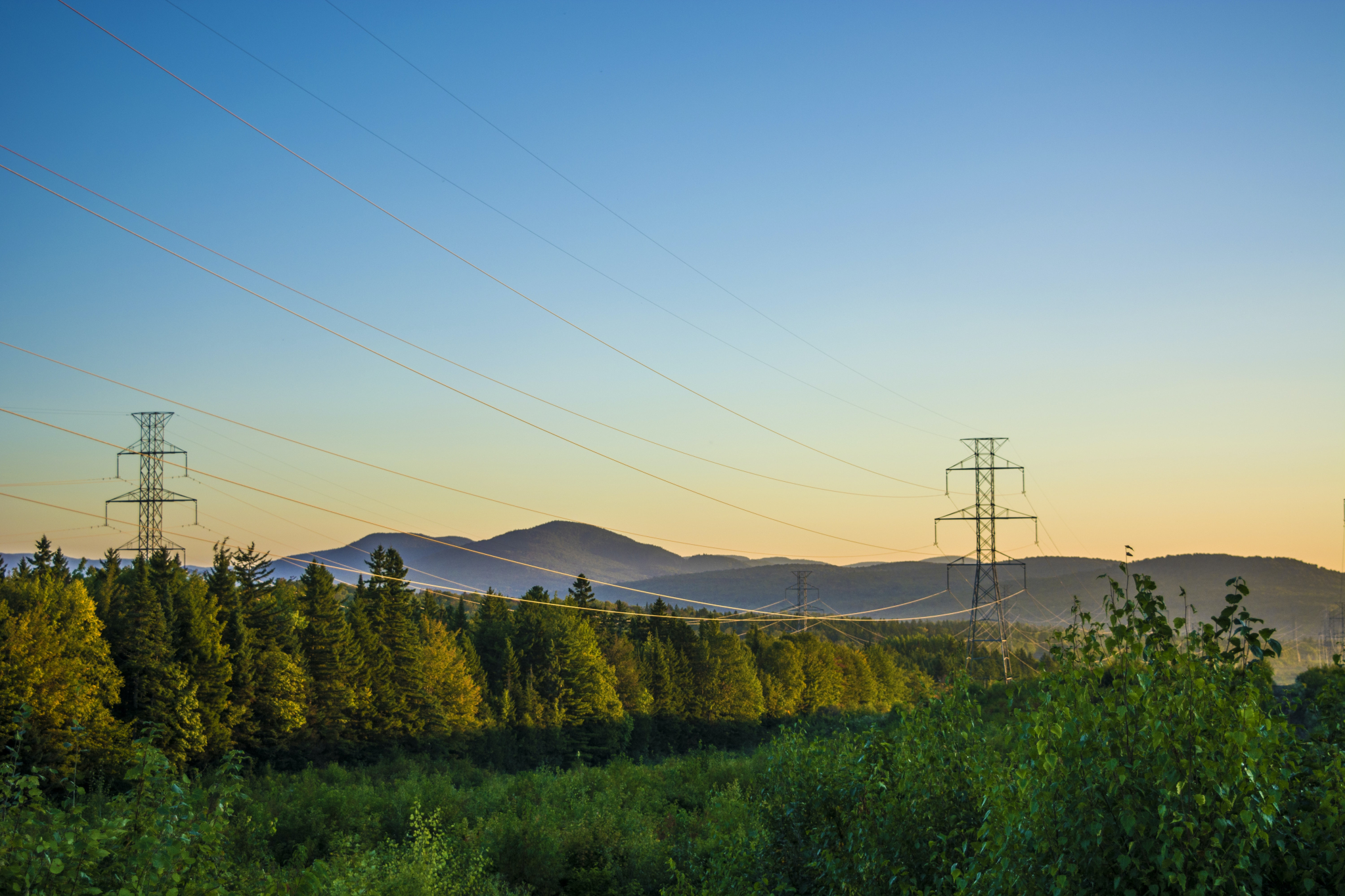 A new report from Clean Energy Canada is calling on the federal government to swiftly ramp up clean electricity production to both prepare for and build a climate-safe world. Photo via Jaël Vallée / Unsplash
Previous story
Next story

A new report from Clean Energy Canada is calling on the federal government to swiftly ramp up clean electricity production to both prepare for and build a climate-safe world.

The report called Underneath It All sketches out four reasons Canada should invest significantly in a clean power grid. They are to reduce greenhouse gas emissions, prepare for a changing economy, advance Indigenous ownership of clean energy projects, and improve energy affordability and security.

In the report’s introduction, Clean Energy Canada executive director Merran Smith says the Liberals’ campaign promise of a clean electricity standard, which would require all electricity produced to be net-zero by 2035, is a good step but not nearly enough. That’s because in order to fully decarbonize, fossil fuels need to be phased out entirely, requiring an electrification of everything that currently requires fossil fuels.

“Electrification — that is hooking up our vehicles, heating systems, and industry to a clean electricity grid — will require Canada to produce roughly twice as much non-emitting electricity as it does today in just under three decades,” Smith wrote.

“While this model has worked to date given our low consumer rates and high power reliability, collaborative action and a cohesive vision will necessarily underpin not just a 100 per cent clean grid by 2035 — but a net-zero-enabling one by 2050,” she wrote.

A clean power grid will be essential for reducing emissions as heavy polluting sectors like transportation electrify. This can already be seen in practice, where an electric vehicle charged off the grid in one part of the country has different greenhouse gas emissions than if it is charged somewhere else.

Due to significant hydropower, Quebec, Manitoba, British Columbia, Yukon and Newfoundland and Labrador have much less carbon-intensive power grids than Alberta, Saskatchewan or Nova Scotia, which still burn significant amounts of coal to generate electricity.

The report notes that as of 2020, 82 per cent of electricity generated in Canada comes from renewables, offering a tremendous head start to reach a decarbonized grid within the coming years. Canada is also ranked second out of 42 countries for its potential to meet electricity demand through wind and solar.

Canada already has a relatively clean #PowerGrid, but meeting climate goals will still take a breathtaking scale-up of renewables. Better get started, says a new report from @cleanenergycan. #cdnpoli

Between 2017 and 2020, medium- to large-scale Indigenous renewable energy projects saw a 30 per cent growth rate, according to the report. It highlights a power utility majority-owned by two dozen First Nations called Wataynikaneyap Power, which is building a 1,800-kilometre transmission line to connect communities to Ontario’s power grid, as an example of Indigenous-owned energy projects offering energy security and economic opportunity.

Canada is electricity independent, with the ability to meet its power needs without importing. Still, the report says provinces that are heavily reliant on fossil fuels for electricity generation leave themselves exposed to global price fluctuations. That exposure pushes costs up for power. The challenge for provinces like Alberta and Saskatchewan, which have significant potential for wind and solar power, will be investing in energy storage to reduce reliance on fossil fuels that would be used when the sun’s not shining or the wind’s not blowing.

Scaling up clean electricity production is an economic advantage for Canada, too, the report argues. Canada already exports $2.6 billion worth of electricity to the United States, and as the U.S. decarbonizes, it will be hungry for more. The report notes companies like Apple, Microsoft and FedEx are in the market for low-carbon products to meet their own climate targets and suggests if Canada can decarbonize its grid, it can decarbonize manufacturing, competitively positioning the country for a clean economy.

Launched over the summer, non-profit Canada Grid is advocating for tighter collaboration between provinces and states to manage power grids through the transition to net-zero. The strategy it advocates for is to bet big on transmission capacity to move giant amounts of electricity from where it's generated to where it’s needed. Canada Grid’s initial focus is on the East Coast, where Atlantic premiers and New England governors already regularly meet to discuss energy.

In Canada, the “Atlantic Loop” is an initiative of Prime Minister Justin Trudeau’s energy policy. The basic premise of the loop is to build transmission capacity into the Maritimes so that hydropower from Quebec and Newfoundland and Labrador can be used to offset coal-fired power plants in the Maritimes and reach growing markets in New England.

According to a meeting note Canada’s National Observer received through a federal access-to-information request, over the past 15 years, annual capital spending on electricity generation, transmission and distribution has “hovered in the $20-$25 billion/year range.”

That same note, prepared for Natural Resource Canada officials, recognizes the importance of increasing clean energy generation, and notes one study that says to meet decarbonization goals, about 206 gigawatts of mostly wind capacity needs to be added to the grid by 2050. That implies adding approximately 8,000 megawatts of electricity every year, representing “a 6-fold increase from 2008 to 2017.”

To put that in context, when construction is finished on British Columbia’s Site C, it will generate 1,100 megawatts.

Despite the urgency to decarbonize, Canada has actually increased its reliance on fossil fuels for power over the past 20 years, undermining climate goals.

Will ‘grid diplomacy’ lead to decarbonization?

"about 206 gigawatts of mostly wind capacity needs to be added to the grid by 2050. That implies adding approximately 8,000 megawatts of electricity every year, representing “a 6-fold increase from 2008 to 2017.”

To put that in context, when construction is finished on British Columbia’s Site C, it will generate 1,100 megawatts."

It would be better to use GWh/annum instead of MW or GW when comparing the output of intermittent (i.e. low capacity factor) renewable sources like wind and solar to high capacity factor sources like hydro and nuclear. If the 206GW figure refers to output at a capacity factor of 100%, which I believe it does, we will need almost 700GW of added wind capacity by 2051 (or twice that for solar) assuming the wind energy capacity factor is 30%

However, I wonder whether the climate-change effects on generating capacity have ever actually been calculated for Site C. Given the mentality of BC Hydro (or whatever it's called these days), and that the planning for that project started in the 1970s or perhaps even earlier, I suspect not.

As for wind vs. solar; a major advantage of wind is that it allows the continued use of almost all the surrounding land for agriculture, grazing, etc., and optimum efficiency requires spacing the turbines far enough apart that they don't adversely affect one another By contrast, maximizing efficiency of solar means precluding all other uses of the land that is in perpetual shadow underneath, in the densest possible configuration.

Disclosure: I have worked in the commercial wind industry, climbing turbines from Nova Scotia to Alberta and Oregon to Illinois, and I'm familiar with its industrial-level technology. (So were my co-workers, many of whom had learned their transferable trade skills in the Canadian oilpatch, or in the US military and Coast Guard). I haven't worked at all in solar, or with any of its delicate exotic chemicals in prefabricated assemblies, and I see fewer transferable skills there. (We MUST plan for the transition, not just the ideal end-point!)

But both renewable systems of course also require integration into a multiplicity of crucial storage technologies.

There is now the advent of

There is now the advent of "agrivoltaics," that is, solar PV arrays designed to be raised high enough and with rows spaced slightly farther apart to allow crops to be grown in the partial shade below. The sun moves across the sky, thus the shadows under the panels move across the fields ensuring that no one section will be in 100% shade. Most plants are adapted to partial shade, but not top abject drought. Shade will be an essential component to mitigate the effects of heat and water stress on plants. Regenerative farming will also ensure that the soils are protected by continuous cover under carbon and nutrient-fixing crops, and cash crops.

It is possible for farmers to obtain revenue from both wind (in the way you described) and solar, while also still farming the land, albeit using arguably far better methods with more beneficial results for soil health, climate adaptability, lower operational costs and higher yields and profits than standard industrial agriculture.

There are currently several electricity storage technologies on the books and in the field, including lithium ion, iron air and liquid metal. The latter two are now being commercialized and show great promise in that they use very cheap, abundant materials compared to lithium, which has a problematic dendrite issue and is expected to run into supply and political stability issues in source countries (e.g. D.R. Congo) as demand soars. Lithium should be reserved for transportation and small devices whereas iron, calcium, magnesium, antimony and other more common and largely locally supplied metals and minerals could be ramped up into city-scale industrial storage parks. These batteries will render intermittency into a molehill non-issue.