End factory farming or we'll eat our way to oblivion 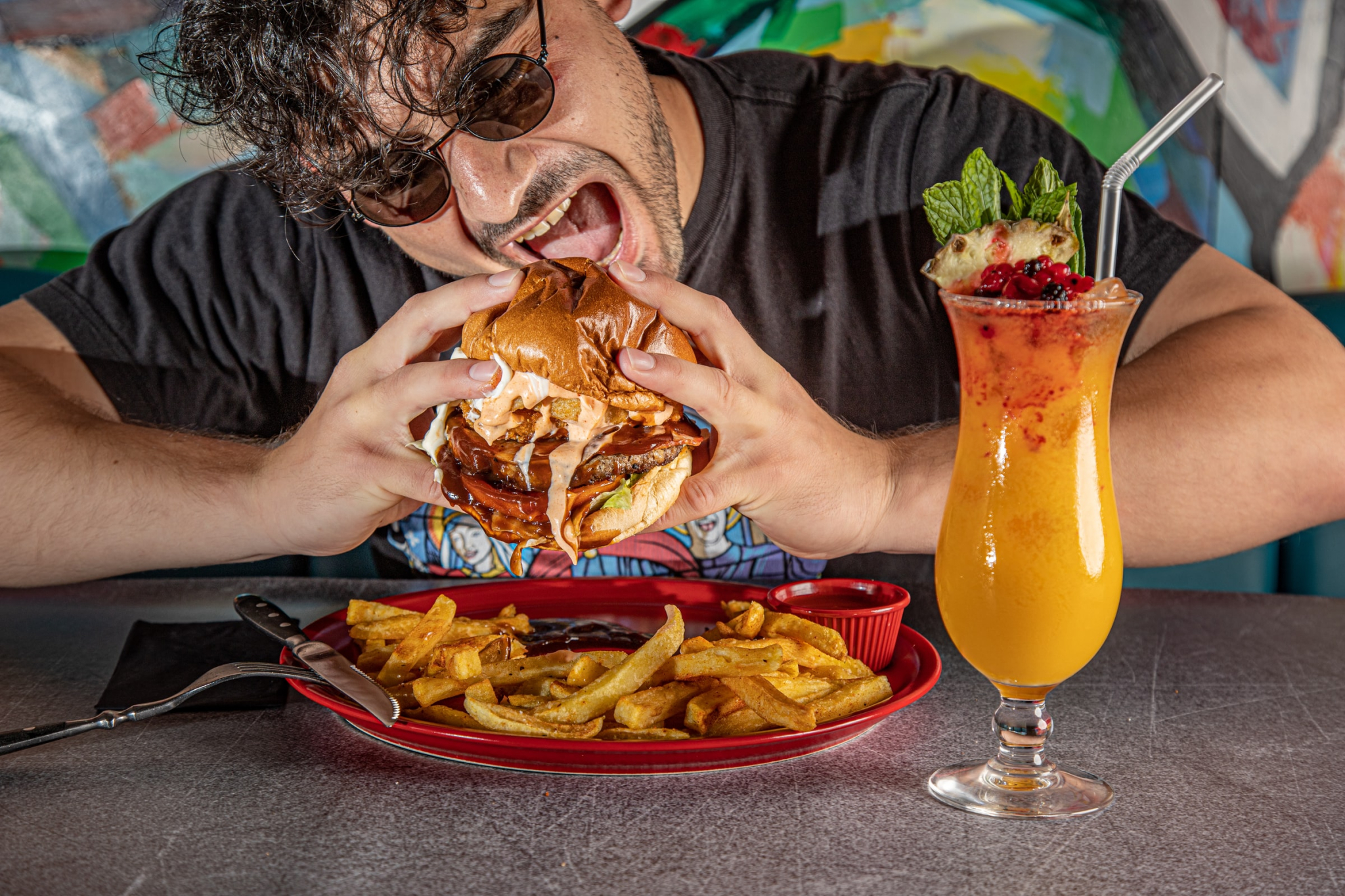 If we don’t power down the high-intensity animal agriculture industry and evolve our eating practices in a climate-friendly direction, we may very well eat ourselves to oblivion. Photo by The BlackRabbit / Unsplash
Previous story

Here’s something we can all agree on: the planet is headed in a warming direction.

As temperatures around the world continue to rise at an alarming rate, individuals are asking themselves what sorts of changes they can make to reduce their environmental impact. Some are choosing to buy electric cars and power their homes with green energy. Others are driving and flying less, shortening their shower times and buying locally produced food. Transitioning away from fossil fuels towards renewable energy is a good thing, and when done collectively, can significantly help lower greenhouse gas emissions.

The current emphasis clearly tends to be on the deployment of low-carbon energy solutions as the primary way to lower emissions. And with good reason: the majority of greenhouse gas emissions come from the burning of fossil fuels. There is, however, another vastly underappreciated source of emissions. According to an already large and growing body of science, the high-intensity animal agriculture industry, more commonly known as the “factory farming” industry, is also a major source of emissions.

But just how much does this industry, which includes over 80 billion land animals raised and slaughtered each year for human consumption and accounts for more than 90 per cent of all meat production, contribute to emissions?

According to the UN’s Food and Agricultural Organization (FAO), when one takes into account the emissions generated from the production of feed, the transportation, processing and packaging of animal products, enteric methane (which is basically emissions from cows passing gas and animal waste), and the on-farm energy used for the management of livestock, factory farming accounts for a staggering 14.5 per cent of total greenhouse gas emissions, or about 7.1 gigatonnes of carbon dioxide. That’s broadly equivalent to the direct emissions generated by the world’s transport vehicles, cars, trucks, trains, boats and airplanes combined. If the FAO’s calculations are correct, then the factory farming industry is, remarkably, the second-largest contributor to emissions after fossil fuels.

But the FAO’s figure is quite likely too conservative. According to a number of researchers, the FAO calculation leaves out an important range of direct and indirect sources of emissions. Importantly, the calculation excludes or underestimates, among other things, the emissions produced by livestock respiration, methane emissions, waste disposal and the photosynthesis loss that results from ripping down large swaths of forests in order to graze livestock and produce feed.

If one takes these and other sorts of factors into account, then factory farming accounts for close to 30 to 50 per cent of total greenhouse gas emissions.

But the factory farming industry isn’t merely a major source of emissions. It also has devastating effects on the environment. It causes the destruction of natural habitats and grasslands, ocean acidification, air pollution, species extinction and ecosystem collapse.

It’s also the main cause of zoonotic diseases, along with a litany of debilitating bodily ailments. And if that wasn’t enough, factory farming also causes intense suffering to tens of billions of land animals annually through brutally inhumane rearing and slaughtering practices. All things considered, nothing hits the planet harder than the factory farming industry.

Climate change is a serious existential threat. If we’re going to be serious about addressing it, we must shift to renewable energy sources. But as things stand, we’re not ready for the widespread use of renewable energy.

Opinion: Nothing hits the planet harder than the factory farming industry — it's time to shut it down, writes Colin Ruloff. #FactoryFarming

True “deep decarbonization" requires a string of technological revolutions in at least a half dozen different emitting sectors, and many of the technologies that are needed for decarbonization in these sectors are nowhere near ready.

What we need right now is some time to allow renewable energy technologies to develop to the point where we can scale them up for widespread use in the future. According to a growing number of researchers, the best way to buy this time is to power down the carbon-intensive, inefficient and highly wasteful practice of factory farming.

By abandoning the slaughtering of animals for human consumption on industrial scales, we effectively eliminate at least 14.5 per cent of current emissions, providing us the time to make the transition to a decarbonized energy infrastructure.

Indeed, since it now appears hitting the Paris Agreement’s goal of limiting the increase in global temperatures to 1.5 C is not possible by decarbonizing global energy systems alone, powering down the factory farming industry is essential to avoid catastrophic global warming.

What is striking — and this, too, is an underappreciated point — is that this can happen immediately. Powering down the factory farming industry doesn’t require building any new infrastructure. It doesn’t depend upon the development of new technologies or scientific discoveries. It simply requires placing an immediate moratorium on the construction of any new factory farms and a concerted phasing out of all existing factory farms. This is something we can do right now. Indeed, it is something we should do right now since it would have far more rapid effects on greenhouse gas emissions than the current race to replace fossil fuels with renewable energy sources.

So what should we do, exactly?

Here’s a suggestion: We — that is, politicians, industry leaders, policy-makers, scientists, educators, the media, food writers, along with the general population — should focus our efforts not simply on phasing out fossil fuels but also on decarbonizing the global food system.

This means, specifically, that we should discontinue the slaughtering of animals for food on industrial scales, significantly reduce our intake of animal products and shift our eating practices towards a plant-centric, climate-friendly diet. In fact, this is precisely what the 2019 Intergovernmental Panel on Climate Change (IPCC) report on land use and climate change has recommended.

According to that report, which includes 107 IPCC scientists from 52 countries, there must be a rapid global shift away from the overconsumption of meat and dairy products towards a vegetarian or vegan diet in order to avoid catastrophic climate change — a diet that emphasizes the consumption of sustainable foods such as coarse grains, pulses and vegetables, nuts and seeds, and other plant-based foods.

A dietary shift away from industrially produced animal products would feed more people and utilize far less land and water. It would also improve air quality, restore grasslands and natural habitats, regenerate soil and vegetation and sequester carbon, among other things. The environmental and public health benefits from such a shift would be monumental. Most importantly, however, shutting down the emissions-spewing factory farm industry would buy us much-needed time to successfully navigate the transition to a fossil-free future.

Some may balk at this proposal. Some may think that shutting down the factory farm industry is outrageous.

I don’t think the idea is at all outrageous. Consider the alternative, which is incomprehensibly more outrageous: if we don’t shut down factory farms and we continue to consume industrially produced animal products, we will invariably bring about a number of climate tipping points and increase the prospects of a hellishly uninhabitable planet — along with the possibility of our own self-annihilation.

If, in short, we don’t power down the high-intensity animal agriculture industry and evolve our eating practices in a climate-friendly direction, we may very well eat ourselves to oblivion.

Epicurious ditched beef. Why stop there?

Nice piece on an under

Nice piece on an under-explored aspect of our society. No mystery why the mainstream media avoids any meaningful discussion of the topic. I will let others know about this article. If nothing else, I hope that it will start a conversation.