Guilbeault wants EV sales quotas in place by end of 2021 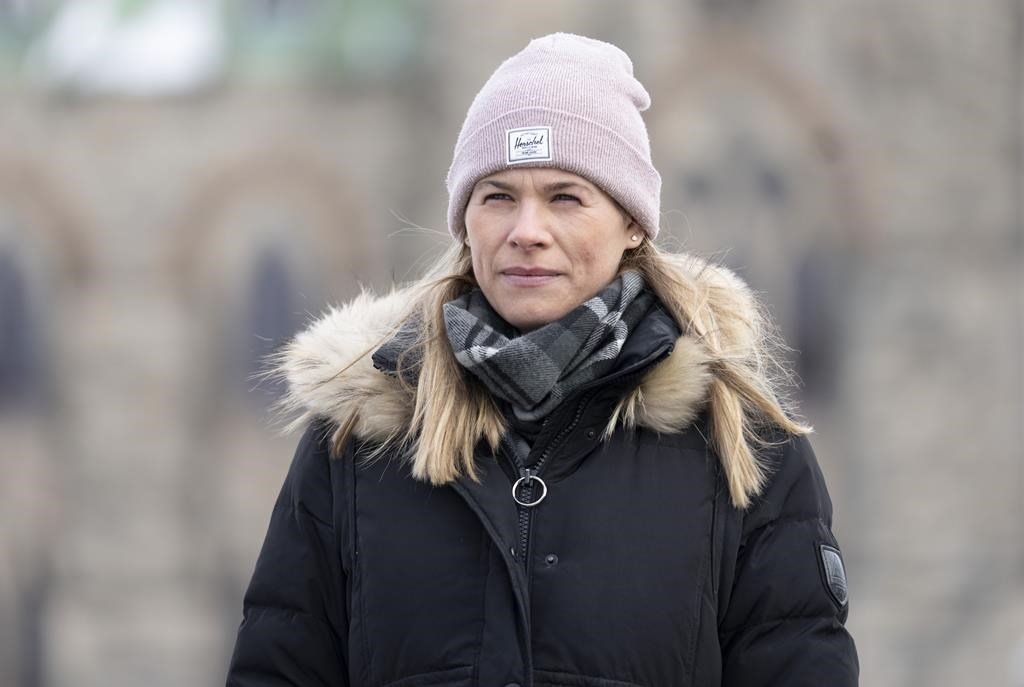 Joanna Kyriazis poses for a photo in Ottawa on Tuesday, December 7, 2021. File photo by The Canadian Press/Adrian Wyld
Previous story
Next story

Environment Minister Steven Guilbeault says he wants a national mandate that would force auto dealers to sell a certain number of electric vehicles to be in place by the end of next year.

Road transportation accounts for one-fifth of Canada's total greenhouse-gas emissions. As Canada charts a path to net zero by 2050, eliminating carbon dioxide from passenger cars is a big part of the process.

The federal government wants half of all new passenger cars sold in Canada to be zero-emission vehicles by 2030, and reach 100 per cent by 2035.

Canadians bought more electric vehicles in the last two years than the previous eight combined, but still only three per cent of new cars registered were battery-electric or plug-in hybrids.

The Liberals promised during the election campaign to bring in a sales mandate to meet those goals. Guilbeault said he wants that to happen by the end of 2022, or early 2023 at the latest.

"This (mandate) will not come into effect in the next few months but it will come into effect very soon," he said. "We're at three, maybe four per cent. We have to get the 50 (per cent). It's a lot of heavy lifting."

Guilbeault launched consultations on how to develop that mandate this fall. A new discussion paper for those meetings seeks input on how the mandate should work, the effect on the Canadian auto industry, and whether there should be an interim target before 2030.

Growth in electric vehicles has been swift in the last few years, but almost entirely in the two provinces that already have a provincial sales mandate. Quebec began enforcing sales quotas for electric vehicles in 2018 and British Columbia followed in 2020.

Three in four new electric vehicles registered in Canada in 2020 were in B.C. and Quebec. Ontario, which had a rebate until 2018, accounted for 19 per cent. The rest of Canada accounted for less than five per cent.

Outside of B.C. and Quebec, few dealers have access to electric vehicles, and the wait can be more than six months long. Supply-chain crunches affecting the entire auto industry make it worse.

"That's one of the best arguments in favour of a national zero-emission vehicle mandate," said Joanna Kyriazis, a senior policy adviser at Clean Energy Canada.

"Right now we're really seeing a tale of two Canadas when it comes to EVs."

A mandate must be in place by early 2023 if the targets are going to be met, she said.

Until recently, Quebec and B.C. were also the only provinces with a rebate program that cut the cost of a new electric vehicle. Yukon, Northwest Territories and all four Atlantic provinces introduced them in the last 18 months.

Guilbeault said in Quebec and B.C., the provincial mandates immediately opened up both vehicle availability and options. Carmakers introduced new models and shifted supplies to those provinces to avoid the $5,000 penalty for every credit they were short of meeting the quota.

"All of a sudden, people have access to a whole range of other vehicles that they didn't before," said Guilbeault. "So they have more choice in terms of prices, models size, battery autonomy. And it makes a lot of difference."

B.C. and Quebec passed laws to set their electric-car mandates and then used regulations for the specifics. Guilbeault said Canada can go straight to regulation under the Canadian Environmental Protection Act, which will get the mandate in place much faster than legislation.

Most experts will say the world is moving toward electric vehicles no matter what. The key is how quickly it happens.

Guilbeault said if Canada does not move swiftly to push electric-vehicle sales and become a major part of the global supply chains, it would still eventually end up with electric cars on the road. But it would not get the big economic benefits that can come with them.

Norway, which has had electric-vehicle incentives in place for more than 20 years, leads global sales. Seventy-five per cent of new cars sold there last year were zero-emission vehicles. Canada's market share was 3.5 per cent, up from 2.9 per cent in 2019.

China, which is the biggest market for electric vehicles, hit 5.7 per cent in 2020.

Most of those countries hiked rebates to lower the cost of buying zero-emission vehicles, and some, including Germany, are making it a legal requirement for every gas station to have a charging station.

The change to a fully electric fleet is "massive," Transportation Minister Omar Alghabra said during the United Nations climate talks in November.

"That is a massive transformation, not only for consumer behaviour, but it's also for production, for supply chains, for rules and harmonizing standards," he said.

Wilf Steimle, president of the Electric Vehicle Society, has been a full-time EV proponent for the last seven years. He said the switch to electric vehicles needs to overcome consumer concerns about charging stations and vehicle costs, and education about the benefits.

Steimle said helping auto dealers prepare is also critical, because the cost for most dealerships to install charging equipment and train staff on sales and maintenance is still well above the profits on selling electric vehicles.

Huw Williams, a spokesman for the Canadian Automobile Dealers Association, said carmakers and sellers are getting ready but the government's timelines are ambitious and it can't happen overnight.

"It's hard for the government to understand the size and scope of this transition," he said.

Williams said the dealers want to work with the government to ensure the process is both clear and fair to all involved.

This report by The Canadian Press was first published Dec. 10, 2021.