Feds ask Canadians not to travel abroad for holiday season 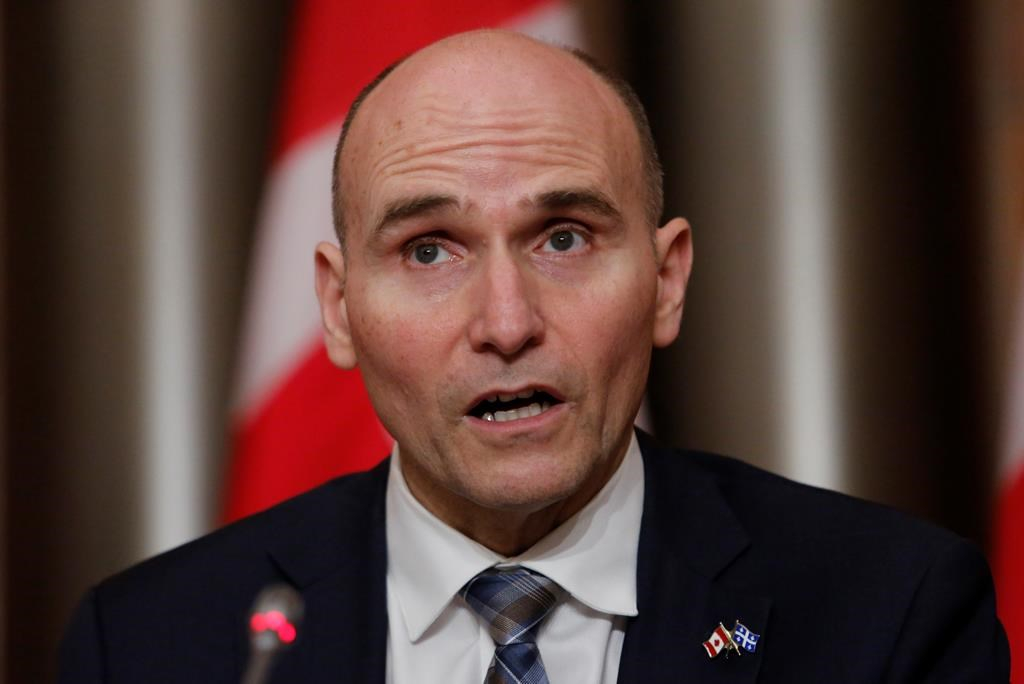 The federal government on Wednesday advised Canadians against non-essential international travel in an effort to protect against the Omicron variant, while Ontario and Quebec announced thousands of new COVID-19 infections.

"The rapid spread of the Omicron variant on a global scale makes us fear the worst for Canadians," said federal Health Minister Jean-Yves Duclos. "Travelling Canadians could contract the virus or get stranded abroad."

He said the travel advisory will be in place for four weeks.

"We know that this may sound very drastic to many listening, but we must avoid overloading our hospital system and our health-care workers," said Duclos. "Our window of opportunity is small, but we have the power to change the course."

There were 1,808 new cases of COVID-19 reported in Ontario and 2,386 in Quebec. The two provinces had by far the highest active case counts in Canada.

Public Health Ontario had estimated that 80 per cent of new infections as of this week would be the highly transmissible Omicron.

Newfoundland and Labrador also confirmed its first case of Omicron, meaning the variant has reached all four Atlantic provinces.

"While Delta is still the predominant strain in Canada, it is likely only a matter of time before Omicron replaces it," said chief medical health officer Dr. Janice Fitzgerald.

Public health responses to protect against Omicron vary across Canada.

Private indoor gatherings remain limited to 10 people but can now include more than two different households — regardless of whether people are vaccinated or not. The 10-person cap, which previously included children 12 and older, now only applies to adults.

In Quebec, Premier François Legault said his government may reconsider easing indoor gathering limits next Thursday to 20 people from 10 because of rising COVID-19 cases. But if hospitalizations remain manageable, he signalled plans will go ahead.

Ottawa agreed to send shipments of booster doses and rapid tests to provinces and territories to protect against a growing wave of infections.

Free rapid-test kits are to be available to all Albertans beginning Friday. Anyone 50 and over, as well as all health-care workers, are also eligible for a third vaccine dose.

Two million rapid tests were to be distributed starting Wednesday in Ontario at sites including libraries, malls and liquor stores.

Some universities in the province also said they would be delaying the start of in-person classes planned for January.

Ontario Premier Doug Ford announced all adults are to be eligible for booster shots come Monday to defend against Omicron, if three months have passed since their second dose.

"We will go after this variant with everything we have," said Ford on Wednesday. "It starts with booster shots. Nothing matters more than getting these third shots into arms."

Early data suggests Omicron is more transmissible than the currently dominant Delta variant, with a doubling time of about two days.

However, the province had no immediate plans to implement new public health restrictions, even as it was struggling to keep up with the demand for intensive care beds.

Saskatchewan has also maintained its status quo measures, which include mandatory masking in indoor public spaces and its proof of vaccination program.

British Columbia Health Minister Adrian Dix warned it's a "time to exercise caution" but said the province has no plans to follow Ontario by making booster shots immediately available to everyone over 18.

Dix said B.C. is considering further public health orders on public and private gatherings. He expects a decision on gatherings, which could include Vancouver Canucks games and informal private parties, to come early next week.

"As the highly transmissible Omicron variant spreads worldwide, this is not a time to take chances," he said.

Ontario has introduced 50 per cent capacity limits at large sporting events, including on games played by the Toronto Maple Leafs.

But Dix says B.C. will not follow Ontario when it comes to providing third-dose COVID-19 vaccine booster shots immediately to all residents who are 18 years and older.

Montreal public health director Dr. Mylène Drouin said contact tracing and vaccination is not enough to calm a double threat of the Delta and Omicron variants, as the city reported 844 new cases of COVID-19.

Late Wednesday, Defence Minister Anita Anand announced on Twitter that one of her staff has tested positive for COVID 19 after using a rapid antigen test.

Anand said she has received two negative test results since then but postponed a trip to Washington, D.C. She said she met with U.S. Secretary of Defense Lloyd Austin virtually instead.

Today, I met virtually with United States @SecDef Lloyd J. Austin III. We discussed the situation in Ukraine and agreed on the importance of coordination among allies and partners. We also discussed cooperation in the Indo-Pacific, Arctic sovereignty, and NORAD modernization. pic.twitter.com/RK6fgUzYCP

"I have and will continue to self-isolate while following public health guidance to protect the health and safety of Canadians," she said.

Omicron has been linked to events including a Queen's University rugby tournament in Hamilton, Ont., a cluster of youth sports teams in Waterloo, Ont., and the St. Francis Xavier University campus in Nova Scotia.

Ontario announced that starting at midnight Wednesday, indoor venues with capacities greater than 1,000 people — including sports, concert and theatre facilities — will be capped at 50 per cent.

This report by The Canadian Press was first published Dec. 15, 2021.