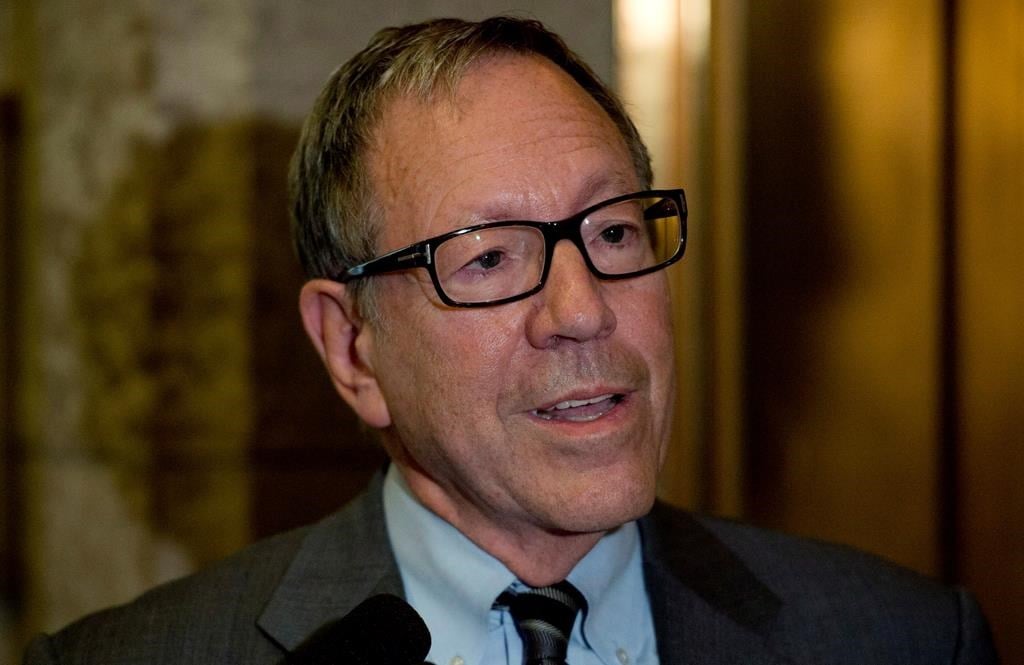 Canada's special envoy on combating antisemitism has sharply criticized as "discriminatory" Quebec's law banning teachers and some other public-sector employees from wearing religious symbols at work.

Prof. Irwin Cotler, who was appointed by the prime minister to fight antisemitism, has condemned Quebec's secularism law — known as Bill 21 — saying it authorizes state interference in religion.

Church and state have traditionally been separate in Canada, ensuring that the government is neutral toward religions and cannot dictate if and how people practice. Supporters of Bill 21 argue that the law ensures the separation of the two, but Cotler disagrees.

"It does not so much separate religion and state as it authorizes state interference with religion," he told The Canadian Press.

Cotler, a former Liberal MP who served as justice minister and attorney general from 2003 to 2006, said he believes Bill 21 also breaches both Canada's and Quebec's human-rights laws.

The secularism law provoked protests before the holiday break after Fatemeh Anvari, a Grade 3 teacher, was told she could no longer teach in her Quebec classroom because she wears a hijab.

Protesters, including parents of children she taught, gathered in support of the teacher who was assigned other duties in the school.

The law bans some civil servants in positions of authority, including teachers and police officers, from wearing religious symbols such as crosses, hijabs, yarmulkes and turbans.

Prime Minister Justin Trudeau has said he does not agree with the law and has not ruled out intervening in a legal battle against it "at some point in time."

NDP Leader Jagmeet Singh said he would support federal intervention in a court challenge, while Conservative Leader Erin O'Toole has said the issue is a matter for Quebec.

The human-rights lawyer is charged with fighting antisemitism and discrimination in Canada and abroad and works with ministers to inform policy.

Cotler also criticized the decision to apply the notwithstanding clause to Bill 21, which allows exceptions to the Canadian and Quebec charters of rights in certain circumstances and protects the law from legal challenges on charter grounds for up to five years. The clause in the bill is due to expire in 2024.

"The discriminatory legislation is also aggravated by the use of the notwithstanding clause," Cotler said. "As I said when minister of justice and attorney general of Canada, 'We will never invoke this clause.'"

Quebec's minister of justice, Simon Jolin-Barrette, did not immediately respond to a request for comment.