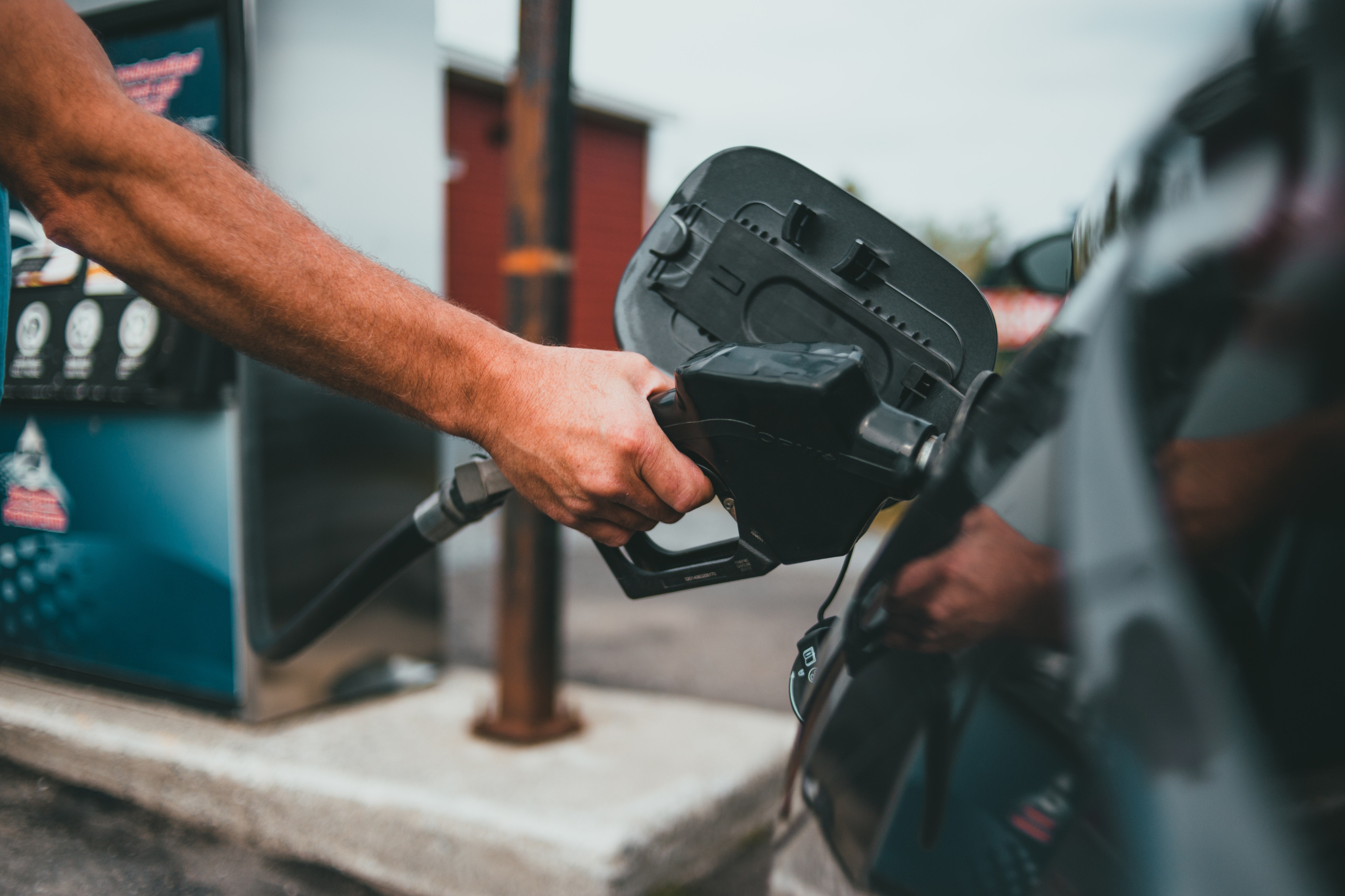 Ottawa’s incoming clean fuel standard is being designed to help curb transportation sector emissions, but critics say the existing draft text waters down climate targets and will lock in years of fossil fuel use.

The standard has been in development since 2016 and is scheduled to take effect by the end of the year, aiming to cut about 20 million tonnes of greenhouse gas emissions annually. Ottawa wants the regulation finalized by spring to give time for companies to prepare.

It will require fossil fuel suppliers to lower the carbon footprint of fuels over time, using strategies like carbon capture technology or blending ethanol into gasoline to lower emissions, while encouraging clean fuel suppliers that produce alternatives like biodiesel to scale up production.

To do that, the government is proposing a credit program that will incentivize companies to reduce emissions by doing things like investing in electric vehicles, swapping natural gas with renewable energy at a production site or supplying low-carbon fuels.

Details of the credit program are still being finalized, but the idea is similar to carbon offset credits. Companies that successfully reduce emissions during the production process and meet or exceed the clean fuel standard will be awarded credits, which they can sell. Companies that fail to meet the clean fuel standard will be obligated to buy credits. It’s expected there will also be a “compliance fund” where companies can pay to pollute up to a certain amount.

The clean fuel standard is a performance-based regulation, meaning it does not tell companies how to meet emission reduction targets, rather it sets targets and leaves the path to compliance up to industry. The federal government says by creating a market for compliance credits, it can “incentivize innovation” and “expand the use of low-carbon fuels throughout the economy.”

Energy-intensive companies, like oil refineries, pushed back against an earlier draft of the regulation. They argued forcing companies to meet cleaner fuel standards would cause them to lose business to out-of-country competitors. The latest iteration of the proposed clean fuel standard policy has been substantially weakened, critics warn.

Advanced Biofuels president Ian Thomson says ways to generate these credits — introduced in earlier drafts of the regulation to help energy-intensive industries stay competitive — remain, even though the scope of the clean fuel standard has changed significantly. Earlier versions planned to include solid and gaseous fuels like wood pellets or natural gas; the latest applies only to liquids like gasoline and diesel.

Despite the narrower scope, as it stands, an oilsands company will be able to generate credits for lowering its emissions by scrapping natural gas in favour of renewable electricity during the production process here in Canada. Although this helps reduce “upstream” emissions — emissions from the production of oil — it does nothing to curtail overall oil production. Fuels produced in Canada, regardless of where they are burned, create carbon emissions and contribute to the overall amount of carbon in the atmosphere. Under the current proposal, there is no incentive to reduce production, meaning global greenhouse gas emissions could still rise.

Thomson said other policies, like the federal promise to cap oil and gas sector emissions, are better suited to addressing the industry’s upstream emissions, and that a clean fuel standard shouldn’t allow companies to find emissions savings in their production. Rather, he says a clean fuel standard should be focused on reducing the amount of carbon in the fuel itself, given that roughly 75 per cent of emissions associated with transportation come from when the fuel is burned, compared to about 25 per cent related to taking oil out of the ground, transporting it and refining it into fuels.

"The Liberals have watered it down to the point where the new clean fuel standard will not only fail to meaningfully contribute to emissions reductions, but it actually will delay the transition away from fossil fuels," says @Laurel_BC. #cdnpoli

“What the government should have done is to have a separate regulation to reduce the carbon intensity of crude,” Thomson said, adding it’s a “completely unlevel playing field” to treat fossil fuels and non-fossil fuels with the same regulation.

Thomson says Ottawa should adopt either a “guardrail” policy that caps the number of credits a fossil fuel company could generate proportional to the emissions it’s ultimately responsible for or draft separate regulations for fossil and non-fossil fuels. Essentially, the concern is that without a guardrail in place, credits from upstream emissions improvements will make up a predominant number of the credits in the market, hampering the ability of clean fuel suppliers to scale up.

In June, Thomson, along with representatives from the Canadian Biogas Association, Clean Energy Canada, the Pembina Institute, Renewable Industries Canada and several others, wrote to then-climate minister Jonathan Wilkinson calling for a net-zero guardrail in the CFS.

The letter says the current draft text runs the risk of suppressing investments in electrification and renewable fuels by giving too many opportunities for fossil fuel producers to generate credits, tilting the playing field in favour of oil and gas companies.

“We submit that a regulation in which obligated parties generate the majority of credits from relatively dead-end pathways should be corrected before it is launched, not a half-decade or decade later,” the letter reads, referring to oil and gas production.

“We believe the Net-Zero Guardrail would provide a critical signal to all stakeholders to invest in clean fuel projects that are consistent with Canada’s strengthened climate action plan commitments,” it adds.

Environment and Climate Change Canada (ECCC) says it is considering the proposal and acknowledges the scope of the clean fuel standard has changed significantly. But it says it’s only one part of a suite of tools Ottawa is using to fight climate change. The 2020 climate plan included an increased carbon price, which ECCC says will drive progress toward climate goals. It’s a strategy that effectively trades in a stronger clean fuel standard for a stronger carbon price.

“In the context of the continued increase to the carbon price from $10 per tonne every year to $15 per tonne for post-2022-30, as well as significant new investments ($1.5 billion) to grow the market for low-carbon fuels in Canada, the scope of the CFS was narrowed to cover only liquid fossil fuels, like gasoline, diesel and oil, which are mainly used in the transportation sector,” an ECCC spokesperson told Canada’s National Observer.

“This could be an important tool in reducing our emissions, but the Liberals have watered it down to the point where the new clean fuel standard will not only fail to meaningfully contribute to emissions reductions, but it actually will delay the transition away from fossil fuels that's already happening,” she said.

Canada has committed to reduce its greenhouse gas emissions 40 to 45 per cent from 2005 levels by 2030, meaning there are now eight years to cut roughly 290 million tonnes of greenhouse gases.

The Pembina Institute estimates that because the transportation sector accounts for a little more than a third of total energy-related emissions in Canada, emission reductions planned under the clean fuel standard could add up to more than 20 million tonnes annually.

As far as I can figure out,

As far as I can figure out, the whole notion of a "clean fuel standard", much less one that gives people credits if they use clean fuels, is stupid in the current context. We don't want people using "clean" fuels, we want them not using fuels. Carbon taxes have their limits, but in this case I don't see anything done by this that wouldn't be done better by increasing the carbon tax, which at least wouldn't push people away from the best solutions. And we particularly don't need a policy for subsidizing gas companies if they dot a couple i's and cross a couple t's. We have far too many of those already.

Companies that produce carbon-producing fuels under the proposed arrangement will be rewarded for digging up and refining fuels that are by their very nature, at the same time as they use up clean energy that could more properly be fed into a national electricity grid. And to compound the matter, they prolong the period of time the transportation industry will take to stop emitting-while-working.
Worse still is the fact that our good tax dollars are being spent on this, instead of for producing clean energy now, and moving quickly toward a clean-energy economy.
As a side effect of investments into a clean energy grid, the cost of electricity should decrease.
As long as it increases, gas will remain the affordable fuel for the less well-heeled segment of the population, who can't vote with dollars for what their hearts and minds would prefer.
It's entirely possible, I suppose, that the people proposing the legislation can't understand what they're doing. More likely, though, it's wilful blindness.
If we stopped subsidizing the major polluting and pollution-enabling industries, prices would go up, alternatives would be cheaper and
Does bio-diesel burn cleaner than regular diesel?
Does bio-diesel feedstock not require agricultural land use that could better be feeding people? I see parallels to feeding cattle instead of feeding people.
Isn't it the same material that could be used to produce biodegradable plastics, for where plastics will be still the best option available?
Or, for that matter, sustainable and ultimately biodegradable fibre for clothing, packaging, building materials, etc. etc. etc.
What a lack of imagination. They needn't even resort to imagination. All they need to do is take a look around at what's already being done, and invest in bringing those technologies home and scaling them. No trans-oceanic transport required.

I recently installed an air

I recently installed an air-source heat pump to reduce my use of natural gas and contribute to our much-needed reduction of greenhouse gas emissions.
According to the Clean Fuel Standard, if I were an industry, I would get credits for my action, which I could then sell to an oil company to allow them to continue polluting. The purchase of those credits would cut into oil companies' profits but the answer to that is to extract more oil. My effort would be wasted.
Apparently this latest draft has addressed and earlier concern from the oil companies"
"Energy-intensive companies, like oil refineries, pushed back against an earlier draft of the regulation. They argued forcing companies to meet cleaner fuel standards would cause them to lose business to out-of-country competitors."
Ahhh, ya, we want not only want you to lose business, we want you to get out of the business of producing fossil fuels.

It’s easy to see why the feds

It’s easy to see why the feds have decided to exclude “gas” fuels from the CFS. It wants to support natural gas for quite a while. What is baffling to understand is why BC is following along the same lines, in the name of promoting “zero emissions vehicle” mandate. Most people do not know that natural gas is only 15% to 25% cleaner than oil. When we have to reduce 100% carbon from oil, how does 25% lesser carbon help us meet ZEV targets.

On the same page, it details $20M funding provided for building natural gas refuelling stations in the province during 2020-2021, and there’s probably more to come until 2024.

Sorry I meant “federal” program, not “BC” program