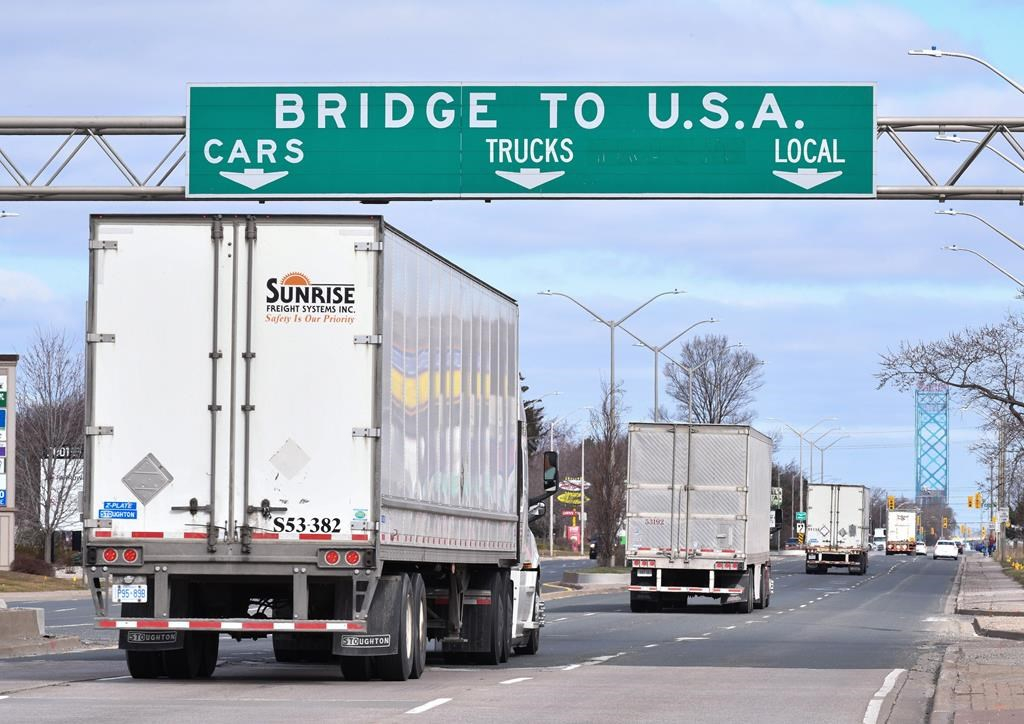 Only days before Canadian truck drivers were required to be fully vaccinated for COVID-19 to get into the country or face quarantine, the federal government is backing away from the vaccine mandate.

The new rule will still take effect for American truckers starting this weekend, with drivers being turned away at the border unless they've been inoculated.

But a spokesperson for the Canada Border Services Agency told The Canadian Press late Wednesday that unvaccinated Canadian truck drivers, or those who have had only one dose, will not have to quarantine.

The head of the Canadian Trucking Alliance says about 10 per cent of the 120,000 Canadian big-riggers who traverse the border have not been fully vaccinated.

Meanwhile, as COVID-19 infections continue to surge across Canada, the premiers of Ontario, Saskatchewan and Alberta say they will not follow Quebec's plan to fine those who refuse to get vaccinated against the virus.

Quebec Premier Francois Legault said Tuesday that he plans to make the unvaccinated pay a "significant'' financial penalty since they occupy a disproportionate number of hospital beds.

Prime Minister Justin Trudeau said Wednesday he needs more information before he can say whether he supports Quebec's anti-vaccination tax. Trudeau added the province has reassured the federal government that its plan won't violate the principles of the Canada Health Act, which regulates the country's provincially run universal health-care systems.