‘An attack on our people’: Wet’suwet’en Peace and Unity Gathering calls for end to violence 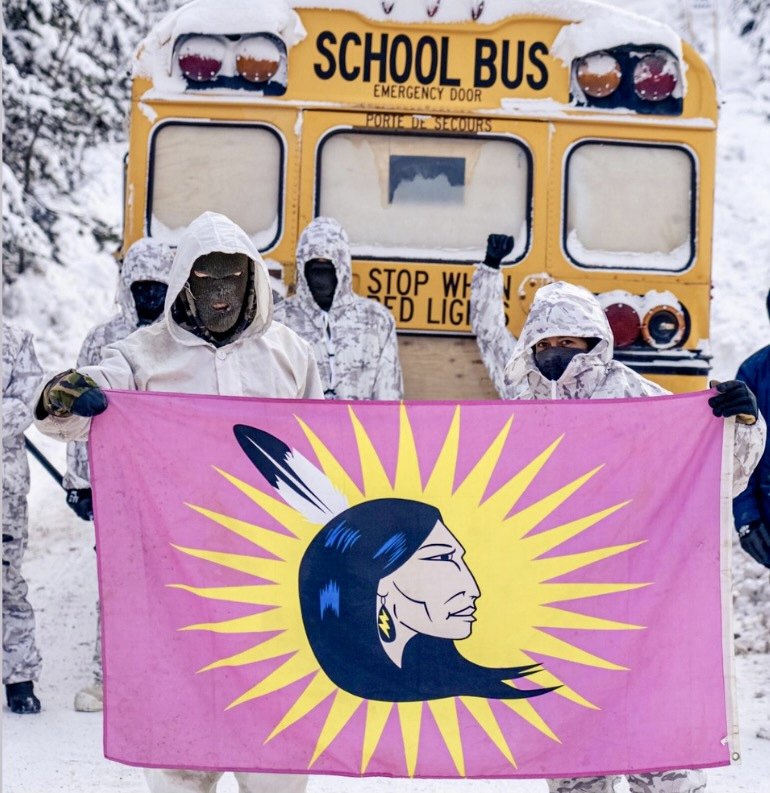 Indigenous chiefs from across British Columbia are gathering Saturday to call for an immediate stop to police violence against Wet’suwet’en and other land defenders.

The Wet’suwet’en Peace and Unity Gathering, as it’s called, aims to hold governments accountable over the unfolding Coastal GasLink crisis that to date has seen more than $20 million spent and 75 people arrested, including two journalists. For years, there have been widespread allegations of police mistreatment from RCMP officers sent to the nation’s unceded territory to enforce a B.C. court injunction to prevent interference with the pipeline’s construction.

The 670-kilometre pipeline is being built to feed LNG Canada’s Kitimat facility with fracked methane from the Dawson Creek area of B.C. The project runs through Wet’suwet’en Nation territory and has been met with resistance from the nation’s hereditary leadership who hold authority over traditional territories.

“Governments and industries must realize the Wet’suwet’en will never agree to having such violent methods used in order to force devastating projects on our lands and waters,” said Wet’suwet’en Hereditary Chief Na’Moks (John Ridsdale) in a statement.

Hereditary Chief Woos, Frank Alec, said in a statement there were “meaningful discussions” with an RCMP commander, but within 24 hours of their last meeting, he “broke his word and led an attack on our people.”

It’s expected Indigenous leaders will issue a “declaration of peace and unity” at Saturday’s event.

The gathering comes in the wake of the recent death of Chief Delgamuukw, Earl Muldoe, a Gitxsan hereditary chief who died Jan. 3. He was the first named plaintiff in the landmark 1997 Supreme Court of Canada decision Delgamuukw v. British Columbia, which found the Gitxsan and Wet’suwet’en nation’s hereditary leadership maintains authority over the unceded traditional lands.

Muldoe’s nephew, Hup-Wil-Lax-A (Kirby Muldoe), said in a statement that he helped to organize Saturday’s gathering because “our rights have been choked.”

“Having governments ram through the Coastal GasLink project at gunpoint is a grave insult to the spirit of Delgamuukw, and makes a mockery of Prime Minister Justin Trudeau’s and Premier John Horgan’s talk of upholding the United Nations Declaration on the Rights of Indigenous Peoples,” he said.

“They are latter-day colonizers, not leaders, and just like their forebears, they speak with forked tongues.”

“Governments and industries must realize the Wet’suwet’en will never agree to having such violent methods used in order to force devastating projects on our lands and waters,” says Wet’suwet’en Hereditary Chief Na’Moks. #CoastalGasLink

The unfolding crisis shows no signs of letting up. The company has not shelved plans to build the pipeline, and Chief Woos has begun taking the fight to Coastal GasLink investors.

Meanwhile, CN Rail won the right to privately prosecute three people who participated in rail blockades in 2020 to protest the pipeline’s construction. It’s a major case because Crown prosecutors declined to pursue charges.

Shelved plans? I thought they were nearly through the Wet'suwet'en lands and out the other side. Where, exactly, is the project at, right now?