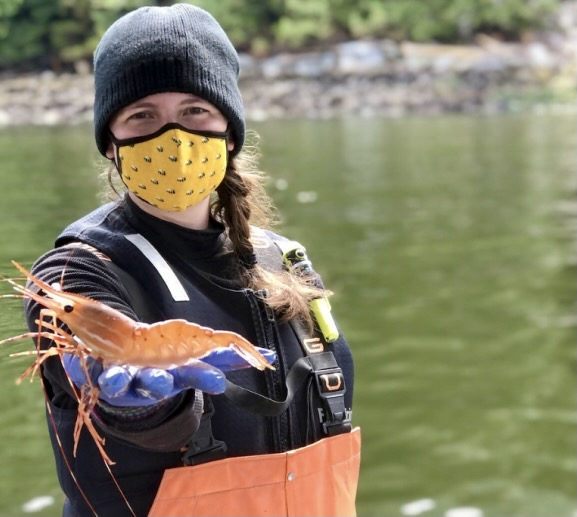 Independent prawn harvesters are celebrating after Fisheries and Oceans Canada modified its proposed new guidelines for the commercial fishing sector.

Harvesters can now continue to use whatever size containers they have been to freeze prawn tails at sea for the 2022 spring season before having to transition to a maximum 24-ounce transparent plastic tub next year, Fisheries Minister Joyce Murray announced Monday.

In December, DFO suggested it was moving ahead with controversial regulations for freezing prawn tails at sea that harvesters said were unworkable, would benefit big seafood processors and exporters and threaten local consumers and communities’ access to a prized and sustainable seafood at a reasonable price.

Those regulations would have to cut the size of prawn tubs by at least two-thirds — calling for an eight-ounce tub — to make spot inspections by fisheries officers easier.

The new draft management plan for prawn and shrimp fishing still ensures ease of inspection and conservation in the sector, but it’s also a workable solution for harvesters, Murray told Canada’s National Observer.

“Fisheries officers were finding it difficult to ascertain (prawn) sizes doing their spot checks, so I think it’s a legitimate step,” Murray said about restricting the maximum size of prawn tubs.

“But I also need to balance the impact on the fishers themselves.”

The minister hoped fishers would also be able to secure transparent 24-ounce tubs that were recyclable or biodegradable moving forward.

“But that’s another matter, and we are not specifying that,” Murray said.

Murray’s announcement may signal a new era of collaborative consultation between the DFO and commercial fishers, said Sonia Strobel, CEO of Skipper Otto, a community collective of harvesters selling products to B.C. consumers.

“We’re thrilled that this issue is finally resolved after almost a year of ongoing confusion,” Strobel said.

“It really indicates that a few months into her new role, the minister is listening and putting in the effort to hear from a broader community of harvesters and folks in coastal communities.”

Choosing the 24-ounce tub, which can hold a pound of tails, as a maximum size still allows for inspection, but also cuts down plastic waste and curtails the costs for consumers, she said.

“I’d argue the vast majority of fishers are using something like a one-pound tub,” Strobel said.

“The tub meets the requirements for a quick inspection, but meets consumer demand needs and works onboard a vessel.

“This is just great.”

The draft version of the management plan is open to further input from harvesters for an additional 30 days, DFO said.

What government giveth with

What government giveth with one hand, it taketh away with the other.
Increase the market for non-recyclable, non-biodegradable plastic. Great plan.