Renewable diesel made from crushed canola to be manufactured in Regina 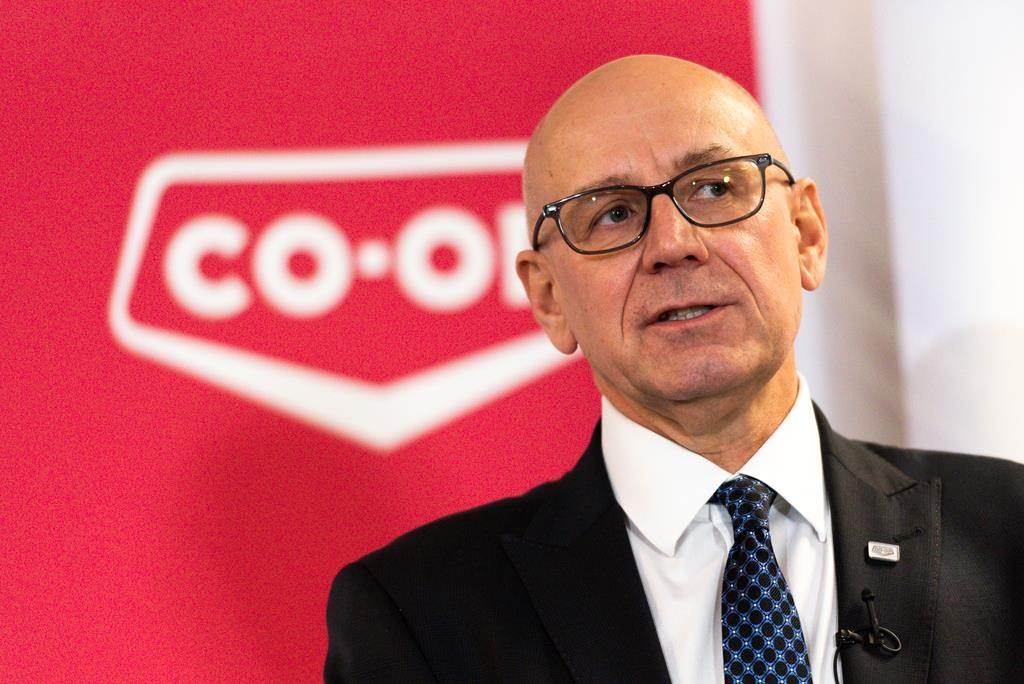 Federated Co-operatives Ltd. says a new renewable diesel fuel and canola-crushing plant will be part of its plan to reduce greenhouse gas emissions.

The oil-production business announced Monday that the estimated $2-billion Integrated Agriculture Complex is to be built in north Regina near the company's Co-op refinery and in partnership with global pulse-processor and supplier AGT Foods.

Federated Co-operatives CEO Scott Banda said his company has made a commitment to reduce its greenhouse gas emissions by 40 per cent by 2030 and to get to net-zero emissions by 2050.

"There's regulatory requirements for that, and it is the right thing to do for the long-term for our economy and for humanity," Banda said.

Once built, the diesel plant is to have a production capacity of 15,000 barrels a day, or about one billion litres annually. The canola facility is expected to produce 450,000 tonnes of oil.

Saskatchewan Premier Scott Moe called the project one of the largest investments in the province.

"This is a big win for the Saskatchewan economy, a win for workers, a win for families ... and a significant win for the environment," Moe said Monday.

"They are renewable themselves and contribute positively both to climate change and carbon-related initiatives, while combined with nitrogen-fixing crops like pulses."

Under the Paris agreement, Canada committed to reducing its emissions by 40 to 45 per cent from 2005 levels by 2030.

Last June, the Canadian Net-Zero Emissions Accountability Act became law It enshrines Canada’s commitment to achieve net-zero emissions by 2050. That means the economy emits no greenhouse gas emissions or offsets its emissions through actions such as tree planting or employing technologies that can capture carbon before it is released into the air.

Federated Co-operatives, which operates other assets including gas stations, has already started to move to cleaner production and is also exploring carbon capture technology, said Banda.

"For every renewable leader you build, that's one less fossil fuel we have to produce. We do see that decline and are seeing that decline in our refinery. We haven't been running at full capacity there for some time and we do have to transition."

Banda said he can't commit at this point to how much the company's greenhouse gases will go down with the new plant, but he said it will be a "huge, huge piece of that puzzle" in reducing emissions.

"It can be a complete replacement for fossil-fuel diesel, so that's significant and critical in terms of our commitment to reduce our greenhouse gas emissions and transition to a low-carbon economy."

This report by The Canadian Press was first published Jan. 17, 2022.