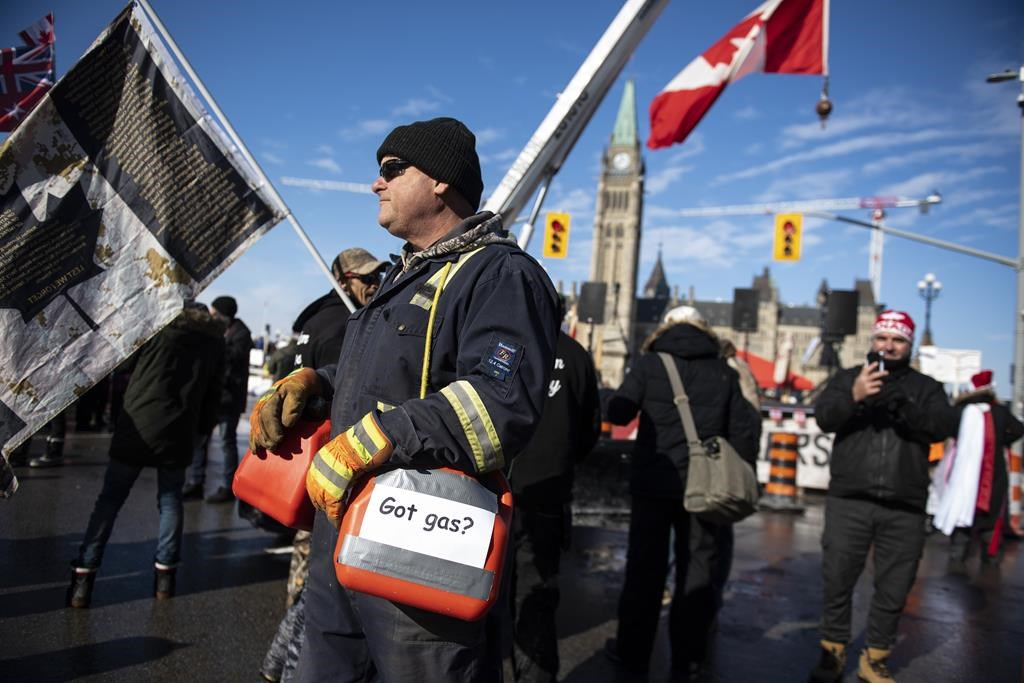 A protester carries fuel containers on Wellington Street, a day after police seized thousands of litres of fuel from an encampment in Ottawa on Mon. Feb. 7, 2022. Photo by: The Canadian Press/Justin Tang
Previous story

WASHINGTON — Right-wing politicians and media personalities in the United States aren't letting the crowdfunding website GoFundMe off the hook just yet.

The platform became a target over the weekend for prominent Republican lawmakers and state leaders after freezing more than $9 million in donations earmarked for the ongoing protests in Ottawa.

Florida Gov. Ron DeSantis and Texas Sen. Ted Cruz were among those who attacked GoFundMe for initially saying it would redistribute the remaining funds among charities chosen by protest organizers.

That isn't stopping the right-wing media machine in the U.S., which continues to savage GoFundMe as they devote outsized daily coverage to the Canadian protests.

"These guys are the real deal," said McEnany, the co-host of a midday Fox show called "Outnumbered."

"They're standing up to their Orwellian dictatorial government with all of these COVID edicts, and good for them. And guess what … they have the support of the people."