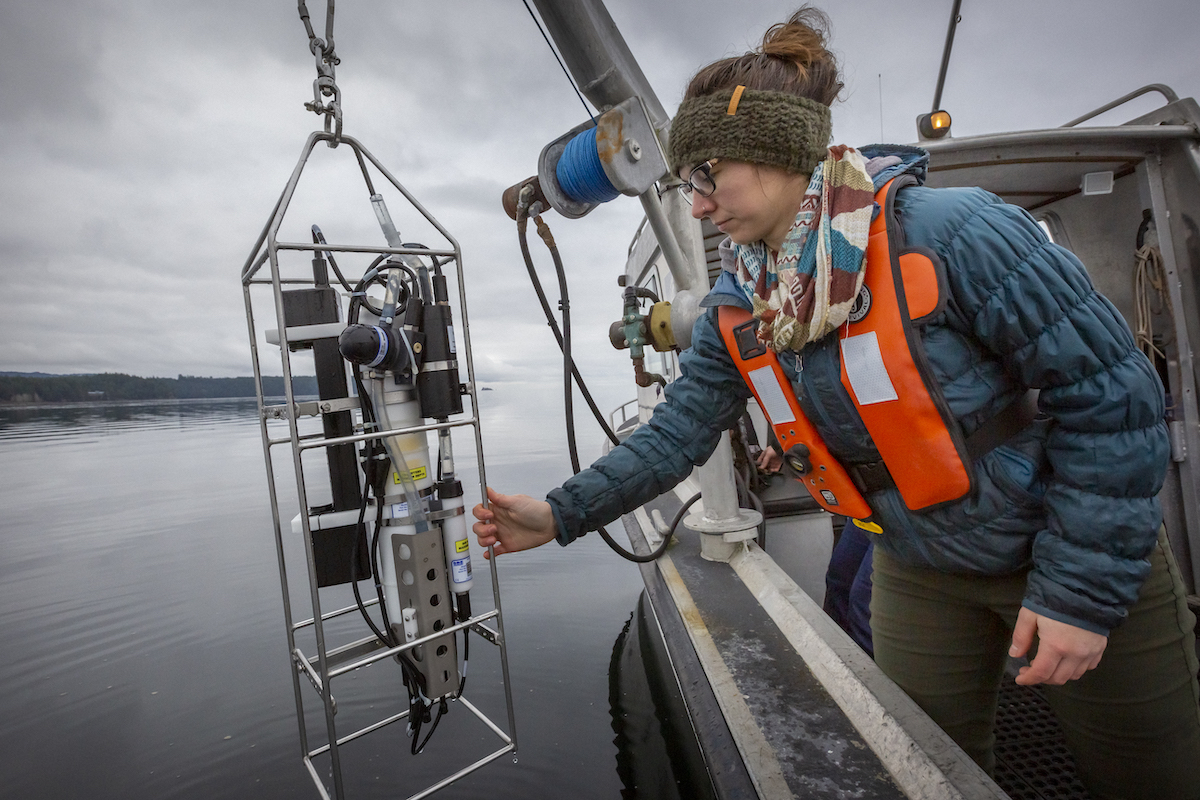 Lurking in B.C.’s ocean is a lesser-known climate risk experts say has the potential to cause significant harm to the marine ecosystem and the economies of coastal communities.

Now scientists and stakeholders are developing an action plan to deal with the dual dangers of ocean acidification and hypoxia — or dangerously low oxygen levels — in the marine environment.

Adverse changes in the ocean are somewhat slower and less obvious to the public than some climate impacts, such as the fires and floods that ravaged the province last year, said biologist Myron Roth, co-chair of the panel developing the B.C. Ocean Acidification and Hypoxia (OAH) Action Plan.

“It’s not like a forest fire that comes up right in front of you,” said Roth, an aquaculture and fisheries expert with the B.C. Ministry of Agriculture. “It’s this slow, insidious change that by the time you notice, it’s almost too late.”

Ocean acidification (OA) and hypoxia, which often occur in tandem and can boost each other’s negative effects, can lead to shellfish die-offs, shifts or declines in commercial fish stocks, disruptions to food security and changes to the marine food web.

The ocean, which has absorbed up to 30 per cent of human-caused emissions over the past 200 years, is becoming increasingly acidic as a result.

This drops the level of calcium carbonate in the ocean — a key building block for many creatures’ shells or skeletons, including crabs, shellfish, prawns, corals, sea urchins and tiny marine snails, called pteropods, that fish like salmon depend on for food.

At the same time, hypoxia, or low levels of oxygen in ocean waters (which is exacerbated when ocean water grows warmer), can create dead zones where certain types of marine life can’t thrive or survive unless they can escape to more oxygen-rich areas.

Hypoxic zones can occur naturally when oxygen-poor deep water gets pushed up and mixes with shallower waters. But the problem can be aggravated by climate change and other human activities.

As the ocean surface heats up, it holds less oxygen and becomes more buoyant. That reduces the amount of mixing with cooler water layers below and disrupts the overall oxygen distribution. Additionally, marine animals typically use up more oxygen in warmer waters.

Scientists and stakeholders are now developing an action plan to deal with the dual dangers of ocean acidification and hypoxia — or dangerously low oxygen levels — in the marine environment. #BC #Oceans #HakaiInstitute #OceanAcidification

As well, fertilizer runoff, sewage and animal waste from agriculture and aquaculture operations can feed excessive algal blooms that cause oxygen depletion and the rise of CO2 in the marine environment.

The action plan, expected to be drafted by spring, will evaluate what’s known about OAH on the B.C. coast, identify research and data gaps, and outline adaptation and mitigation strategies for the fisheries and aquaculture sectors, he added.

Workshops to shape B.C.’s plan are being facilitated by the Hakai Institute on Quadra Island, a key hub for scientific research on ocean acidification on the B.C. coast.

Although B.C. is just getting started on a plan, the first red flags around ocean acidification surfaced more than a decade ago in Washington and Oregon when shellfish hatcheries suffered massive die-offs of baby oysters.

“British Columbia is the first province (in Canada) to truly put forward an action plan to try to address ocean acidification hypoxia, which is exciting,” Evans said.

“But we're learning from other jurisdictions who have done this before.”

One of the goals of the plan will be to monitor ocean conditions and identify hot spots for acidification on the B.C. coast and what factors drive them, he said.

“We’ve shown that, in fact, the ocean acidification signal in B.C. is nearly two times the global average,” he said, adding the research findings are set to be published in coming weeks.

The biological impacts of ocean acidification aren’t a zero-sum game, said Evans, noting while shellfish and crustaceans may be negatively impacted, some other organisms like aquatic plants may benefit.

“What's at stake here is how ocean acidification plays out. There's going to be winners and losers,” he said.

“But the risks are: What's going to happen to the services and fisheries that we expect to get from the ocean?”

The development of B.C.’s OAH plan is a big opportunity for the research community to partner with industry stakeholders, coastal communities, and First Nations to get a better understanding of the issue and formulate a collaborative response, he said.

The need for an action plan is urgent, with the impacts of ocean acidification certain to occur by 2050, Roth said, adding the overall risks from OA aren’t a point of scientific dispute.

“There's no more runway,” Roth said. “We need to be doing something now.