Fugitive coal dust in the wind 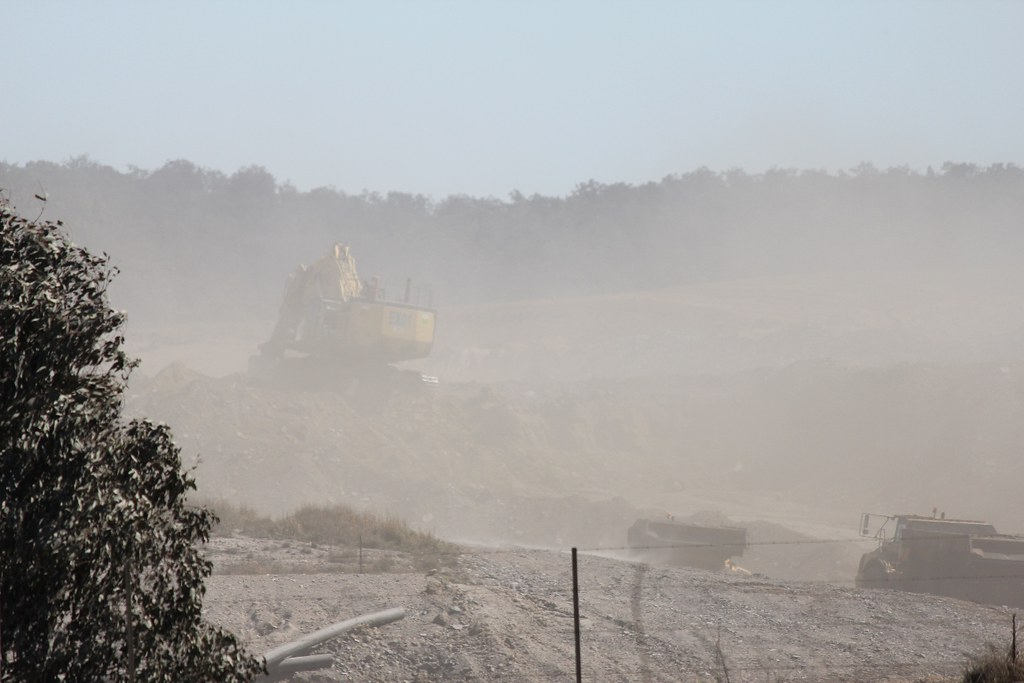 Fugitive coal dust is an ongoing operational problem, particularly when a mountainside is being blasted away. Photo by Renee Muller / Flickr
Previous story

Last April, while walking along Silver Springs ridge overlooking the Bow River and Dale Hodges Park in Calgary, I was slowed to a standstill by winds gusting up to 70km/h. I looked across the valley, west of Canada Olympic Park, and a towering cloud of dust rose above the Stoney Trail highway construction project, bringing to mind the Niitsitapi Water Protectors protest march when we gathered at Olympic Plaza after walking together from the Reconciliation Bridge.

One of the speakers raised concerns about the coal mining dust that would fall on their lands and communities, including the Blood Tribe Reserve. At the time, my focus was water contamination, but while sand pelted my face on that windy ridge, I couldn’t help feeling that the water protectors had a valid point.

Anyone who has experienced the high winds that frequent the Crowsnest Pass can imagine how challenging dust suppression will be in this region. Coal dust generated in the drilling process is controlled by spraying water treated with “wetting agents” to help it adhere to the coal. There are strict regulations on dust emissions because coal dust is explosive in high concentrations and a known health hazard if inhaled.

Nevertheless, fugitive dust is an ongoing operational problem, particularly when the mountainside is being blasted away. In a study entitled, Coal Mining and Local Environment: A Study In Talcher Coal Field in India, the authors state, “the largest sources of air pollution in mining operations are as follows: particulate matter transported by the wind as a result of excavations, blasting, and transportation of materials; wind erosion fugitive dust from tailings facilities; stockpiles; waste dumps; and haul roads.”

Dust suppression in a dry and windy environment requires a lot of water. For example, Benga Mining Limited sought water diversion licences for 559 million litres per year, primarily for washing coal and controlling dust. In a 2006 study out of the University of Lethbridge entitled, Current and future water issues in the Oldman River Basin of Alberta, Canada, the researchers presented data that showed a five-year moving average of the annual streamflow trending downwards for more than 70 years. The study also warned that hydrometeorology models indicated the spring melt volume could decline by nearly 40 per cent from pre-1990 levels by 2050.

The report, Fight to the last drop: A Glimpse into Alberta’s Water Future,” states that in October 2006, Alberta stopped issuing licences for the extraction of water from three major rivers: the Bow, the Oldman and the South Saskatchewan.

In plain terms, southern Alberta had run out of water for any additional water users and yet the provincial government continues to support “responsible” mining that will use precious water resources to wash coal and suppress dust.

Benga Mining’s environmental impact assessment arrived at the conclusion that the Grassy Mountain project would have an insignificant impact on the watershed, and in its response to the Health Canada information requests regarding dust impacts on human health, it concluded there was low risk of dust-related health threats to local communities.

However, a webcast by the Southern Alberta Council on Public Affairs raised concerns about coal dust nanoparticles, including arsenic, cadmium, chromium, and selenium, which can penetrate deep into the lungs.

The health risks come from chronic exposure to dust particles over many years. Fugitive dust is carried by the wind and deposited on local communities, plants, animals, and watersheds. Given the dry and windy climate, coupled with the scarcity of water in southern Alberta, it would be naïve to think that adequate dust suppression can be provided at all times.

The Niitsitapi Water Protectors are not willing to risk incurring the kind of dust-related health problems discovered by Hendryx. All Albertans should heed their warnings and stand against the prioritizing of mines over public health.

Coal particulates in the air

Coal particulates in the air of England's coal burning cities throughout the Victorian era and first half of the 20th c. contributed to epic rates of ill health, lung disease, stunted growth,...pollution to a catastrophic degree Just what do the owners/operators of coal mines think they are contributing to a livable planet? All the wealth they derive and hoard cannot begin to remedy the harm they cause. No politician known to humanity can gloss away the black death they promote.