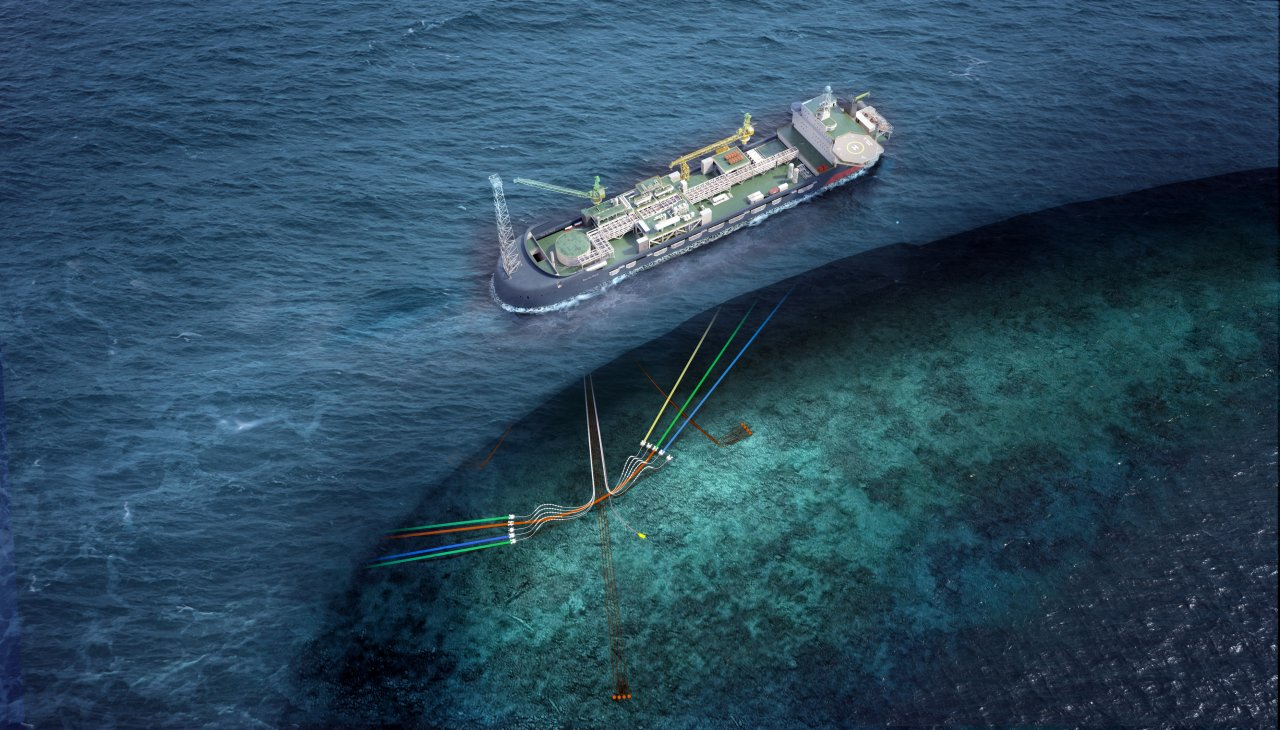 A rendering of the Bay du Nord project. Image courtesy of Equinor
Previous story
Next story

Days before the federal government is set to make a decision on a $6.8-billion oil project off the coast of Newfoundland and Labrador, environmentalists are poking holes in the company's environmental claims and urging Ottawa to reject the proposal.

Norwegian energy giant Equinor and its partner company Husky are seeking approval for the Bay du Nord project, which includes numerous exploration and discovery licences, the creation of a floating oil production station and the drilling of up to 40 wells in the Flemish Pass Basin, around 500 kilometres east of St. John’s. If approved, it would become Canada’s first deepwater drilling site.

“There were multiple instances of mischaracterization and omission of available research from the referenced literature. This installed a bias in the assessment process, undermined the reliability and credibility of the assessment process, and led to inappropriate conclusions,” read part of the DFO review of Equinor’s initial statement.

However, DFO said it was able to work with the Impact Assessment Agency of Canada (IAAC), which is tasked with leading the environmental impact assessment process, and Equinor to finalize an updated statement, which is now “complete.” It was issued July 2021.

Shelley Kath, an environmental lawyer who has experience with environmental assessments, isn’t convinced. She said many concerns raised by DFO simply weren’t addressed in Equinor’s final environmental impact statement. She said the company doesn’t adequately address the impact on marine life in the event of a surface oil spill or underwater blowout.

“....the vast majority of the criticisms I have cross-checked show clearly that Equinor did not make the corrections or additions that DFO Scien(tists) requested or suggested,” she said.

The proposed project has been off and on for years, but in November, the company said it was on track to start extracting oil by 2028, pending federal government approval. Equinor’s project would see drilling take place at a depth of up to 1,200 metres, compared to other current offshore operations, which drill at 100 metres or less.

Minister of Environment and Climate Change Steven Guilbeault must release his decision on Bay du Nord by March 6, which some environmentalists bill as his first true climate test since assuming his role in the fall.

The Bay du Nord offshore oil project initially raised several red flags for @FishOceansCAN, and environmental lawyer @SLKath worries the company behind it hasn't done enough to address those concerns as a decision on its fate looms. #BayDuNord

Of greatest concern to environmentalists is the carbon Bay du Nord would emit by producing more oil. Canada’s National Observer columnist Barry Saxifrage broke down the proposed project’s impacts and found the 200,000 barrels a day Bay du Nord plans to extract would release 30 million tonnes of carbon dioxide into the atmosphere each year. That’s up to a billion barrels per year, or the equivalent to seven to 10 million gas-powered cars. Environmental impact statements don’t address greenhouse gas emissions from producing or burning oil and gas but, rather, outline how a project affects the surrounding environment.

Though DFO’s review of Equinor’s first environmental statement was written years ago, its contents remained secret until the department publicly released it in January. Deficiencies highlighted in the DFO review of the first draft seemed so serious that environmentalists like Kath were astounded to learn DFO and the IAAC now say all outstanding concerns have been addressed.

It prompted Kath to look for resolutions to DFO’s criticisms in Equinor’s final environmental impact statement. One issue she found especially problematic was the risk of sub-surface blowouts, which were rated as “extremely unlikely” several times in the first document. DFO’s initial response said that wording should be removed because the claim was not substantiated by Equinor. The department also noted the information Equinor provided to support its claim shows the opposite and that “such accidents were likely to occur in the lifetime of the Project.”

In the final environmental assessment, Equinor still refers to the event of a sub-surface blowout as “extremely unlikely,” but Kath finds the wording questionable and said she wonders whether the models adequately account for increasing risks to operations over the life of the project as climate change brings more extreme weather conditions to the offshore area, such as post-tropical cyclones in the Northwest Atlantic.

In its review, DFO pointed to missing information in Equinor’s initial environmental impact statement. The department noted Equinor should have used information from a November 2018 offshore oil spill at Equinor partner Husky’s site 350 kilometres southeast of St. John's to “help determine environmental effects” a spill could have at the Bay du Nord project. However, there is still no mention of the spill — which, at 250,000 litres, is the largest in the history of Newfoundland and Labrador — in the final statement.

Kath also points to the lack of information on the effect on sponges and coral when the project’s 30-year lifespan is over and the rig is decommissioned. DFO noted the deficiency in its review of the company’s draft, stating decommissioning “would likely result in further disturbance of already disturbed sensitive and vulnerable habitats.” Kath said Equinor neglected to address that concern in its final document.

The breadth of potential effects the project could have on marine mammals also didn’t make the final environmental impact statement, even though DFO found Equinor played down the possibility of ship strikes and sound disturbance in its initial document. Kath said after looking at DFO’s review and the final statement, she’s left with a slew of concerns.

“When something is this enormous, when Canada's very first deepwater production project is at issue, the public has a right to see a very detailed accounting of how these criticisms were dealt with, because they certainly do not seem to have been dealt with in the Final EIS (environmental impact statement),” said Kath.

“And if they were not dealt with in the Final EIS, then where and how were they dealt with?”

Canada’s National Observer reached out to both the IAAC and DFO asking for a response to Kath’s findings. The IAAC responded to the email, sent Tuesday, but said it was unlikely the deadline could be met.

In an email, Equinor said the company values the environmental review process by the government.

“DFO confirmed in its letter of Feb. 2, 2022 that it reviewed the draft EA report from IAAC and confirmed that DFO’s outstanding concerns had been addressed.”

Equinor was also asked to respond to specific criticism about its final environmental impact statement but did not provide details in its emailed response.