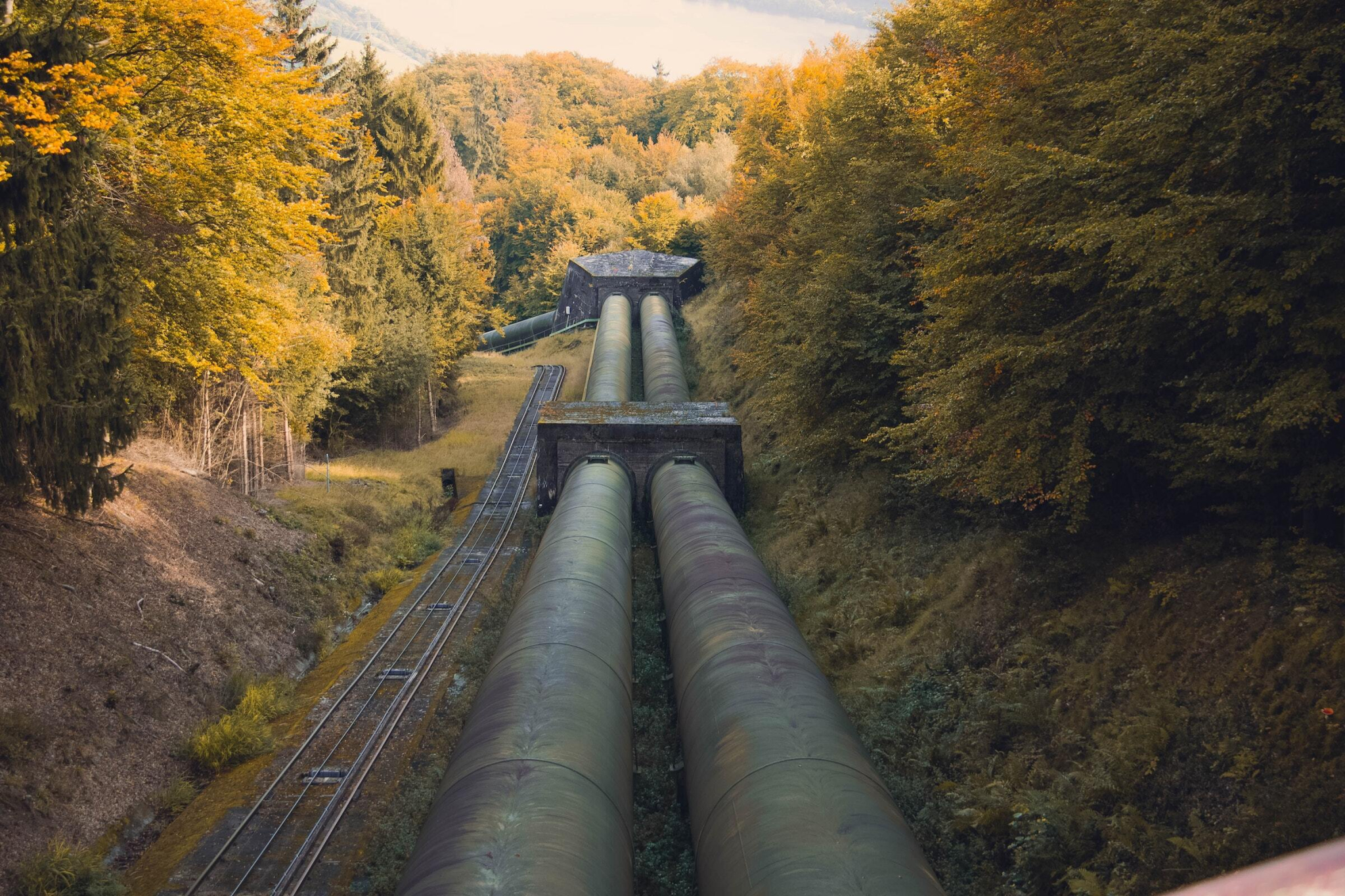 The traditional model of resource extraction is slowly being turned on its head. Photo by Quinten de Graaf / Unsplash
Previous story
Next story

Acknowledgment: This article was written with gratitude by uninvited settlers on the ancestral, traditional, and unceded territory of the xʷməθkʷəy̓əm (Musqueam), Skwxwú7mesh (Squamish), and səl̓ilwətaɁɬ (Tsleil-Waututh). We in no way wish to speak for these communities, instead we hope to add to the fight for climate justice and a just transition.

There are 18 proposed LNG projects in Canada today and most of the attention accorded them from media, non-governmental organizations and industry has focused on the debate over using LNG as a bridge fuel and how that aligns with climate goals.

It is important to consider environmental racism, which has provided a constant backdrop for resource development within Indigenous and communities of colour since colonial times. NIMBYism (Not In My BackYard) has meant that wealthier, whiter and more urban communities enjoy the benefits of development while remaining blissfully ignorant of the crude realities associated with it, including waste and environmental degradation. Yet the isolated communities where most of the natural resources are found tend to lack other economic or employment opportunities, so they have little choice but to embrace resource development when it comes along.

These projects are increasingly seen as a real opportunity for First Nations, Métis and Inuit to advance self-determination and economic development goals. Examples such as the Ksi Lisims LNG in the Nisga’a Nation and the Cedar LNG in the Haisla Nation represent the first time these First Nations governments have been involved as direct owners or partners in resource extraction projects on their lands.

There are other benefits LNG can bring to northern, remote or off-grid communities, most of which depend heavily on diesel. Improving access to infrastructure projects and lower carbon-intensive fuels to service northern energy needs would improve energy security and access issues. Projects such as the Inuvialuit Energy Security Project reflect these aspirations for greater energy security.

The traditional model of resource extraction is slowly being turned on its head, with increasing importance placed on local and Indigenous values, such as environmental protection and community-centred development. So, if we only think about these projects through the lens of their greenhouse gas emissions, we risk losing sight of the progress and context of these projects in relation to other social and economic dynamics.

Another way to reframe the dichotomy between the increasing number of Indigenous-partnered projects and climate targets could be the concept of Common But Differentiated Responsibilities (CBDR) — the idea that developing economies should not face the same burden as more advanced economies to fund the transition off fossil fuels or be expected to change at the same rate.

While Canada is seen globally as an advanced economy, vast domestic inequality still exists. Most settler and urban communities have a much higher standard of living than Indigenous communities, especially those living on reserves. To advance reconciliation, settler communities must compensate for this disparity. But public acceptance can still be a hard sell. So, the question becomes: How can we change that?

In doing its part, the Draft Policy Framework from the First Nations Climate Initiative lists several preliminary policy options to help First Nations governments address the environmental concerns regarding resource extraction and LNG projects. While some of these initiatives will serve to soften the impact of resource extraction — such as a commitment to purchasing carbon credits to offset emissions — other initiatives can produce benefits that will outlast the extraction projects themselves. Think renewable electricity infrastructure and investments in nature-based projects and ecological restoration.

Opinion: What often gets drowned out in technical climate debates is the socio-economic relationship between the projects and self-directed development opportunities for First Nations. #JustTransition #FossilFuels

But much of this would depend on the revenues generated from these projects. They would help kickstart not just economic benefits, but also the ability for these communities to build their own clean energy and low-carbon alternatives.

An ambitious Just Transition Act must address Indigenous claims to resource opportunities. We also need to consider what happens after LNG projects are cancelled to meet climate targets, and who will pay if a project is shelved. It is important to curb excessive fossil fuel consumption, but we can’t cut off efforts from Indigenous communities on their potential paths to economic self-determination without providing other supports, such as jobs or improving local infrastructure.

We also must continue to criticize exploitative corporations that create conditions for environmental racism. At the very least, projects that partner with local and Indigenous communities must allow them to express their concerns and ensure action is taken to prevent environmental disasters. It would be naïve to say that infrastructure projects don’t come with their own social problems. A just transition necessitates sound policies to enable local communities to address these issues.

There is no doubt Canada must do more to address climate change. But should this burden be disproportionately placed on marginalized communities? No. We need to rethink resource development from a different perspective, one that addresses equity and self-determination for Indigenous peoples.

This article means well, but

This article means well, but I think despite its talk of frames, it ignores an important one. The philosophy behind using corporate resource development to try to improve the lives of indigenous communities is kind of like the idea behind Public-Private Partnerships, or food banks. The assumption is that government will be unable and unwilling to do things that are needed, so you try to come up with ways to have private companies throw a few crumbs to places that government would be spending money if it did that.

And seriously, it's about crumbs. There is no way that "The traditional model of resource extraction is slowly being turned on its head". For that to happen, you'd have to have changed the way the whole economy works, and there are no signs of that. Pleasant attitudes do not change who has the money and who intends to pocket the profits. The ONLY reason First Nations are getting anything is that they are demonstrating the ability to impose serious costs on businesses trying to operate on their land if they don't get anything, so that many businesses are now accepting the idea that cutting a deal with local first nations is a cost of doing business. The greater the power to impose costs, the more they will get, but there are limits to that.

But if you jettison the assumption that governments must orient towards a neoliberal small-government, austerity, no-taxes-on-the-rich-or-corporations model, because nothing works that isn't done for next quarter's profit, there are things other than LNG projects that could be done which would be better for everyone except certain banks financing LNG projects. So for instance, if you look at various local renewable power projects at first nations . . . there would be a lot more of those if someone laid on the money for them, and in the medium term it would be a generally good thing that the money was spent, but there isn't a direct immediate profit in it for the investor. But if government were to get serious about backing such things, there would be a major improvement in First Nations autonomy and prosperity. Or take for instance, First Nations housing. On one hand, not nearly enough is being built, and simply throwing money at the problem would certainly help. But it's top down and, if the approach involves bringing prefab materials to remote locations and outside contractors to do the building, probably pretty inefficient. Say you instead brought tools and machinery and training to reservations, and spent money paying First Nations people to build their own homes from local materials. They would also then be enabled to continue the process, maintaining and building new structures as needed.

In general, I think the "money from LNG" approach is a band-aid, and also often a source of corruption, somewhat like those casinos down in the states--sure, if I were First Nations I'd take it if it was that or just continue half-starved. But an activist government willing to spend a bunch of money and orient that money towards building autonomy rather than dependence would do a lot more good, and would be in a position to do it in a way that didn't screw up the climate for the rest of us and keep giving more power to dangerous fossil fuel corporations.

(Incidentally, the same is true to some extent for rural communities in general--a strong government investment in building their capacity and autonomy would reduce their dependence on raw material extraction by multinationals and improve rural people's lives)

There is very little in this

There is very little in this article that expresses any sense of responsibility for the well-being of the watersheds upon which these fossil fuel projects are being built. Science has told us that all new fossil fuel initiatives must be stopped; that we must walk back on our consumption of Earth's gifts if there is to be any hope for future generations. The writers of this piece appear to be blind to this fact. It doesn't matter who is reaping the benefits or if the project is built according to the "greenest" standards available, this kind of extraction must stop ASAP and we must re-imagine our economies so that less zero-carbon energy will be needed. While the ideas presented here might have helped us walk a better path 20 years ago, we are running out of time. Unprecedented fires, floods, species going extinct- all indicators that we must be bold and courageous now. That means no more new pipelines, fracking or LNG. Can we create a truly sustainable economy designed to heal Earth and work with nature rather than commodify it? I don't know but Earth is telling us we have to stop this madness and work to restore balance in our watersheds. We have taken too much- it's time to give back and take up our responsibilities.