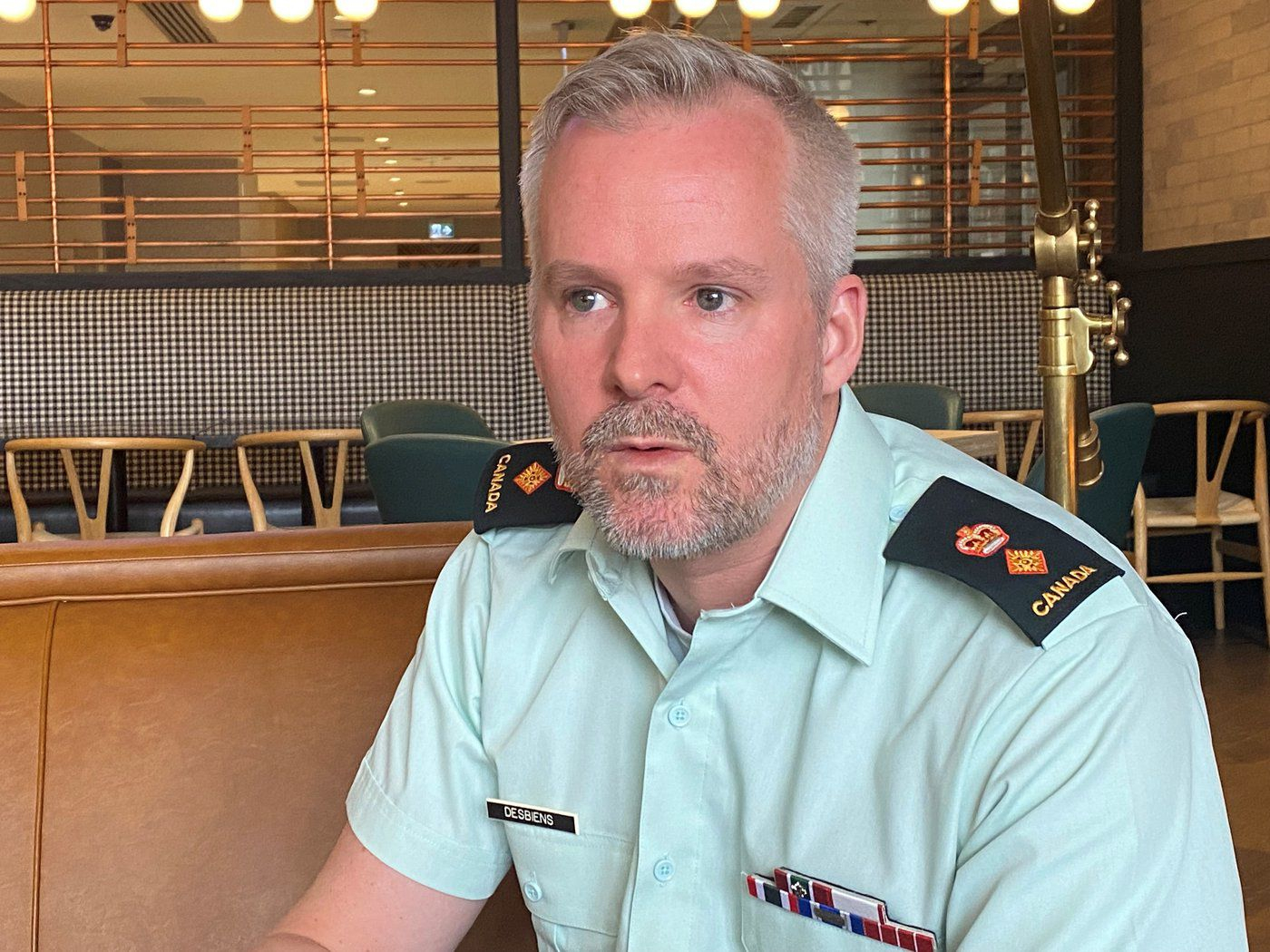 A Canadian military official says the war over Ukraine is being fought on two fronts — armed conflict and disinformation.

Desbiens, who has been stationed with Canada's 500 troops in Latvia for the past four years, says he has been studying ways to counter the "informational warfare" that Russia has been using successfully for several years.

Russia is refining its tactics when it comes to disinformation, Desbiens said in an interview with The Canadian Press while in Calgary on Tuesday.

"We need to get better ... we need to track this much faster and to adapt to their patterns. Once we adapt, we can take proper action to minimize the damage it will do."

"They thought that they would sow division within NATO and clearly the outcome is NATO has come together to a level that we haven't seen in years."

Desbiens, who has also been working with the NATO Strategy Communication Centre for Excellence, said he didn't see the invasion of Ukraine coming since there had been conflict in the country for years.

Russia traditionally follows a pattern of "hybrid warfare," including the use of internet bots and troll farms to influence the economy, politics and culture, he added.

"They're rewriting history," he said.

Canada leads the NATO battle group in Latvia, part of its long-standing deterrence efforts against Russia — a mission that has taken on new significance in light of the invasion of Ukraine.

It's one of four such efforts in the Baltics and Poland designed to demonstrate the strength of the NATO alliance in the region against Russia.

Desbiens said Russians are targeting the Russian-speaking population in Latvia, Poland and the other Baltic states hoping to garner support. It's becoming harder, he said, because many nations are taking action to limit the spread of disinformation.

Ukraine learned from 2014 when Russia annexed the Crimean Peninsula and from the overthrow of the Kremlin-backed administration in Kyiv, he added.

"Information-wise, I think the Ukrainians were much better prepared than Russia thought they would be. They're actively communicating, reporting on all fronts and Russia certainly didn't see that in 2014," he said.

"The ultimate goal for any government and any army is to avoid that steel-on-steel conflict. You don't want to come to this if you can achieve your end goals by not going to war."

This report by The Canadian Press was first published March 9, 2022.

Misinformation? How about the misinformation being spread by the Canadian Press in this biased article. Why didn't the reporter ask the interviewee why the organization he represents, NATO, wasn't disbanded with the dissolution of the Soviet Union? NATO was formed supposedly as a defence against Soviet Union westward expansion, so why did it continue after the end of the Soviet Union, when most of the world was touting the peace dividend that would come from the Soviet Union collapse? Why has NATO continued it's expansion into eastern european countries, right up to the border of Russia, when Gorbachev was given verbal assurances (apparently the USA cannot be held to gentlemen's agreements - what does that say about the shining city on the hill?) by NATO member states that with the collapse of the Soviet Union, NATO would not expand eastwards beyond Germany? Why has the North Atlantic Treaty Organization been courting new member states in South America, which is quite a distance from the North Atlantic? What country backed the 2014 coup in Ukraine and chose who would be the leaders of the new government? - Answer : the USA. How many Ukrainian citizens have been killed since 2014 by the Ukranian military and neo-nazi paramilitary forces in the Donbas region of Ukraine? These are important questions that no one in the mainstream western media have bothered to mention or report on. Russia has committed an illegal act according to international law by invading Ukraine, which cannot be justified. However, you have to look at the background to the build up of this conflict - how would the USA have acted if during the Soviet Union era, Mexico and Canada wanted to become members of the Warsaw Pact and have offensive nuclear weapons that were aimed at the USA? How many countries has the USA illegally invaded in the last two decades resulting in misery for the country's citizens? The double standards and hypocrisy of the western press is astounding.

I agree. I think the west is

I agree. I think the west is run by psychopaths, hell bent on causing a nulear war. Justin Trudeau should give his head a shake.