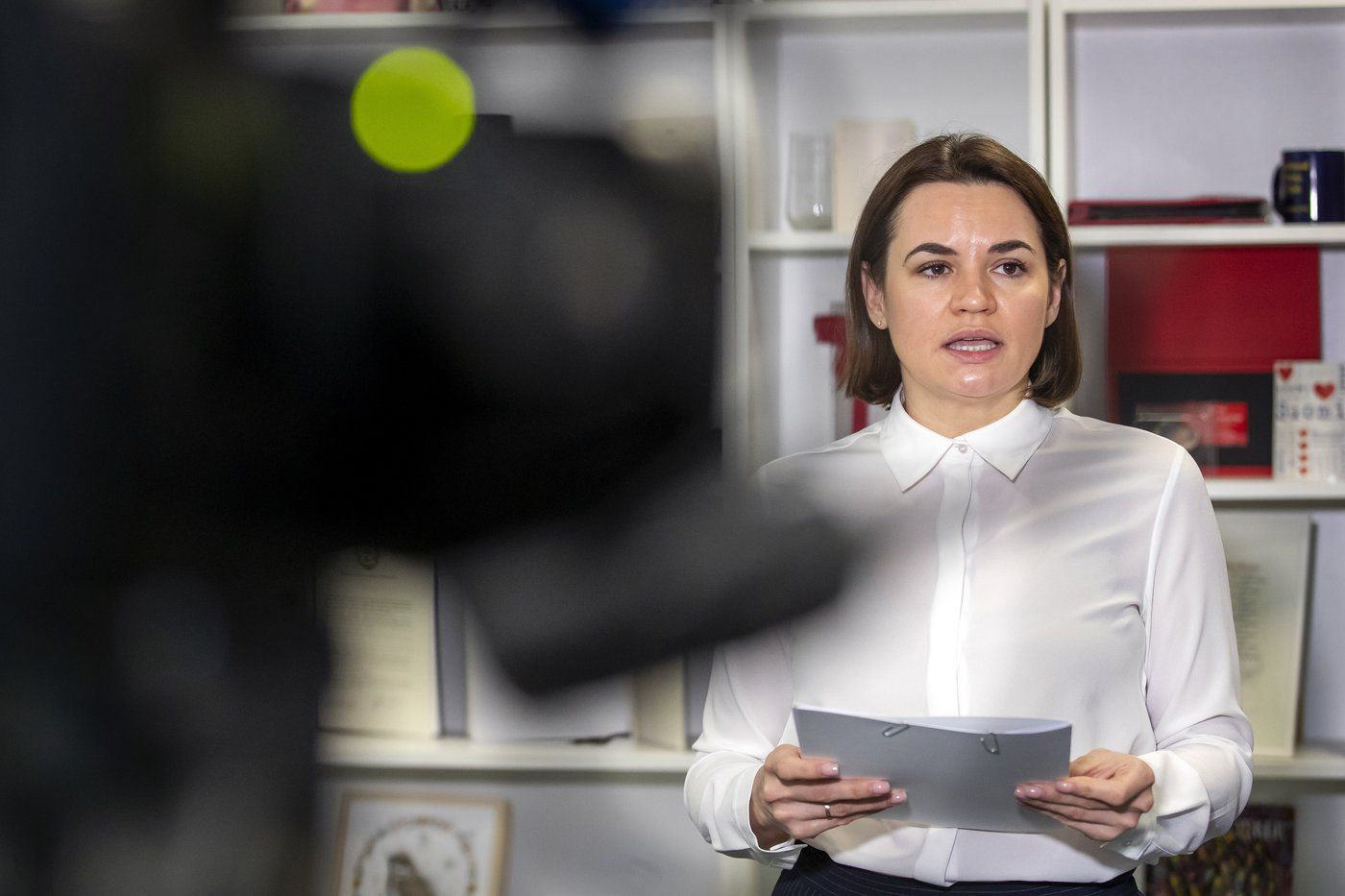 Sviatlana Tsikhanouskaya said other Belarusians have travelled to Ukraine to help defend Kyiv against a Russian assault.

Tsikhanouskaya told a defence conference in Ottawa that most Belarusians do not support the invasion of Ukraine, saying "antiwar sentiment in Belarus is on the rise."

The leader, who gained a standing ovation after addressing the conference via video link, said it was important to distinguish between Alexander Lukashenko's Kremlin-controlled regime and the Belarusian people who have no way to influence his policies.

She said Ukraine's bold resistance to the Kremlin was inspiring the Belarusian resistance to Lukashenko, saying "the fate of Belarusia and Ukraine is interconnected."

Tsikhanouskaya claimed a first-round victory over Lukashenko in the 2020 Belarusian presidential election after she stood in the place of her husband, who had been detained. She was repeatedly threatened, forced to go abroad into hiding, and several members of her campaign arrested during the campaign.

She disputed the eventual election of Lukashenko, who is a close ally of Russian President Vladimir Putin.

She called on Canada and other Western countries to introduce tougher sanctions on Belarus including on its state banks, warning that Russia is using Belarusian banks to circumvent sanctions on its own institutions. This is a "huge loophole," she said.

She also called for Belarus to be removed from the SWIFT banking system, the messaging system used by financial institutions,

Tsikhanouskaya said the war is "a fight between democracy and autocracy" with the future of the whole of Europe at stake. She said Putin is seeking to restore the Russian empire and widen its sphere of influence.

She warned that dictators must be stopped or they would seek to blackmail other countries in the future, saying Putin's threats about the use of nuclear weapons were extremely concerning for her region.

Lukashenko has allowed Belarus to be a staging post for Putin's invasion of Ukraine, letting Russian troops amass along the border.

Pawel Herczynski, managing director for EU Security and Defence Policy, told the Conference of Defence Associations Institute event that Putin had counted on the West being "impotent" and divided but he failed, with the EU introducing sanctions that bite and supplying lethal weapons to Ukraine.

"This is the first time ever that the EU will provide lethal military equipment to a country under attack," he said.

He did not rule out the EU introducing even tougher sanctions, including a ban on the import of Russian oil and gas, saying "our tool kit is not empty."

But EU countries are heavily reliant on exports of Russian oil and gas and he said this was an issue that all 27 member states must agree on.

"We are willing to step up our sanctions even further," he said.

The top EU official said the European Union was in close contact with China, which he said is "a very important part of the solution."

Earlier at the conference, the vice-chief of Canada's defence staff said the Armed Forces are embarking on a digital recruitment drive to build up numbers.

Lieutenant-general Frances Allen said a priority was to build back Armed Forces capacity and to do that it was addressing "many flaws" with the recruiting process.

She said recruitment will be more digitally based and designed to quickly engage with people who have expressed an interest in the Armed Forces.

She said there was existing work on retaining members.

Allen said a culture change is ongoing, which will allow people in the military to "be their best" without feeling they are "an outsider" or "an other."

The conference also heard how the military was looking at the "warrior identity" within the military. It was working on a raft of measures to make it more accessible to women, including improving child care and parental leave.

Rebecca Patterson, chief of staff for professional conduct and culture, said "today's warrior is a professional at arms" and that culture change included a focus on reporting wrongdoing.

This report by The Canadian Press was first published March 10, 2022.