The upsides of high oil and food prices 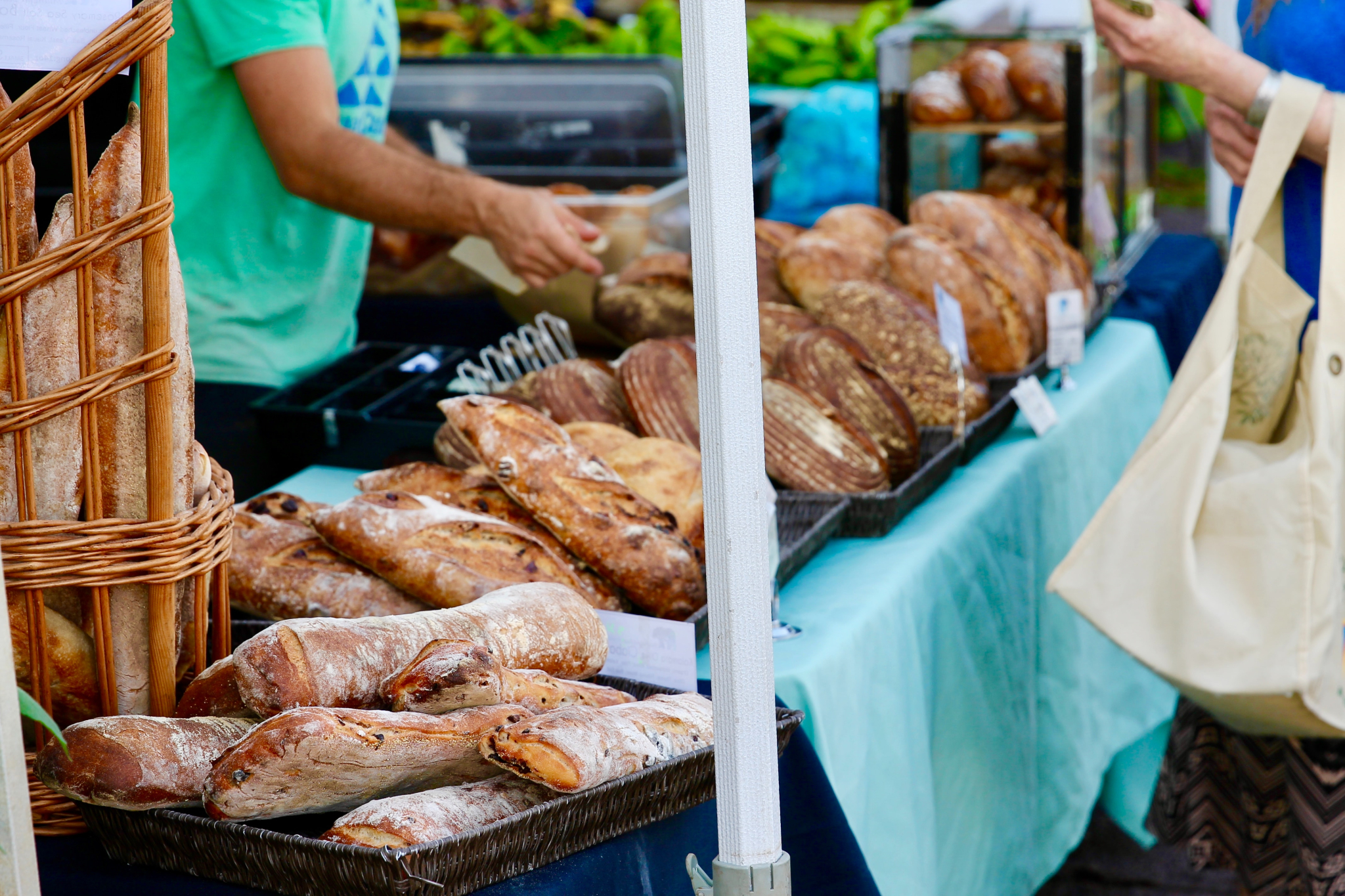 In Europe and North America, high oil and food prices may be the jab in the ribs that will make us grumble until we see the benefits of wasting less, consuming less and focusing on higher values. Photo by Dave Takisaki/Unsplash
Previous story

“Can you even squeeze $10 of gas into that thing?” He might have said “tin can” instead of “thing.” The wind was driving snow into my face and my vision and hearing were challenged. He was in the shadow of his vehicle, about three or four times the size of mine. “Nowadays, I can,” I said with a smile.

One upside of high oil prices is that vehicle size may decrease. Excess material cocoons one or two occupants in many vehicles, without cargo, along highways and urban roads. In Canada, between 2013 and 2016, pickup truck occupants were 2.5 times more likely to kill the driver of a car compared to car-versus-car collisions, and extra gas is required to propel the bulk of a truck.

I recall a farmer who sold firewood by the pickup load from a large pile on his farm. He claimed to be doing the town boys a favour by providing them with an excuse to own their trucks. In 2021, four of the five top-selling vehicles in Canada were pickups. How many trucks could we chuck if those trucks don’t chuck wood?

Electric vehicles (EVs) make more sense as oil prices rise, although I’ve heard that EV sales are sputtering because they are still too small. Whether powered by internal combustion engines or batteries, more energy is needed as vehicle size increases. Smaller rather than larger EVs will reduce the need to mine lithium, cobalt and nickel for batteries, and they are cheaper than most pickups.

Other upsides of high oil prices are faster adoption of heat pumps, geothermal energy, passive houses and public transportation. While high oil prices may justify redistribution of current oil and gas supplies, they could tip us toward more drilling, a definitive downside given the IPCC’s “bleakest warning yet” on the impacts of climate breakdown. However, with determination, we could have more energy sovereignty in Canada by accelerating clean energy production. Related to the size of vehicles, there is an opportunity to reduce the size of living space per person and to transform housing availability.

An upside of higher food prices is that we might nibble less, thus reducing health costs and wasted food. In Canada, the value of wasted food per year is $49.5 billion (with associated costs, it is 2.5 times higher) and the total of avoidable and unavoidable wasted food is tallied at 58 per cent of all food.

Canadians spent 10.7 per cent of their disposable income on food in 2021. In my opinion, food is still too cheap and if our system is structured for consumers to avoid paying the real costs of growing, processing and distributing food, then food will continue to be treated like a convenient commodity.

Food warrants respect. It is through food that nutrients and energy flow from the Earth into ourselves. Ecological relationships require care and warrant full payments. Ecology is long-term economics and if that foundation is compromised, then long-term poverty and poor health are inevitable.

I understand higher oil and food prices are serious setbacks to low-income Canadians. A few years ago, I attended a meeting of food company executives who were demonstrably delighted about keeping food prices low. As I listened, I pondered other information about how they squeeze employee wages, arm-twist to pay farmers less, escalate volumes and seduce customers to overconsume with excess proportions of salt, fat and sugar.

Unfortunately, high oil prices are gut punches to those who must travel to work or haul supplies in rural areas with poor or non-existent public transportation. As oil and natural gas prices increase, so will the cost of food production, especially as nitrogen fertilizer costs rise in lockstep with energy prices.

In Europe and North America, high oil and food prices may be the jab in the ribs to make us grumble until we see the benefits of wasting less, consuming less and focusing on higher values, writes @ralphmartinOAC. #biodiversity #FoodSustainability

I am not convinced that poverty will be solved indirectly with lower food and oil prices. In my opinion, poverty must be addressed directly. A guaranteed livable income is probably the most effective solution.

In Canada, we have the luxury of tackling the impacts of the Russian invasion of Ukraine with higher prices and living more efficiently. In countries such as the Democratic Republic of Congo, Ethiopia, Mali and Sudan, food shortages will be exacerbated, increasing the risks of famine. A global economic system of acquisition and marginalization results in more casualties during a crisis. Why does it take a war to make us recalibrate the rankings of humanity’s wants and needs?

There is a pending drama of “I quit” versus “you’re fired” with respect to cutting off Russian oil purchases, or the Russians turning off the taps to Europe. The immediate repercussions on national economies could be severe, especially in the least developed nations, which deserve our help — with or without Russian oil and wheat. In Europe and North America, high oil and food prices may be the jab in the ribs that will make us grumble until we see the benefits of wasting less, consuming less and focusing on higher values.

"Canadians spent 10.7 per cent of their disposable income on food in 2021. In my opinion, food is still too cheap and if our system is structured for consumers to avoid paying the real costs of growing, processing and distributing food, then food will continue to be treated like a convenient commodity."
The truth of the matter is that grocery chains have ever escalating profits, and to me that means that we are paying too much for food.
Food is a necessity, and many people cannot afford enough as is. A whole swath of people don't have nice incomes. They struggle already to keep up with heating enough to keep from freezing, having enough food to be well nourished, and where it applies, keeping the kids in cheap shoes.
I find the quote offensive. Especially, say, to people forced onto disability programs because they can't work, trying to eek out an existence on $1100 a month. It's generally agreed that a single person can't afford rent, food and necessary transportation on $15/hr. $1100/month translates to less than $6.50/hr.
Your 10% is not their 10%. It's all they've got: food is the end of their income. There's nothing left over for heat pumps and EVs.
Frankly, the problem is that those who have more than enough money to throw away food scream bloody murder at not being subsidized by government for everything ... at not getting high enough returns on their investments, at any breath of paying higher taxes.
I find the quote offensive. Not the person who wrote it, but the idea that food *should* cost more.
People would do well when making prescriptions for society to consider that not everyone is in their position, in any terms.
It might not be so bad that store food costs what it does if people had yards they could grow good food in. EVs would help that; it'd keep the exhaust fumes from coating everything.

Industrialized agriculture, factory farming, and corporate-giant food-manufacturing requires huge inputs of energy, resources, petro-chemical fertilizers, and water. Food waste on an obscene scale wastes all the inputs as well.
Massive pollution, cruelty, and misery all around. Dead soil sustained only by fertilizer. Pesticides and herbicides bring death to insects, birds, and all those micro-organisms that make life possible. Algal blooms and marine dead zones downstream.
Hopelessly unsustainable and unhealthy.
Dependent on low-income workers and temporary foreign workers in conditions no one else would accept.
The high price of cheap food. Another market failure.
We can't afford it.

Good healthy food costs more, and should be priced accordingly. Farmers and laborers deserve to make a decent living.
If government has to step in with a guaranteed income, so be it.

Ralph Martin: "An upside of

Ralph Martin: "An upside of higher food prices is that we might nibble less, thus reducing health costs and wasted food."

My guess is that low-income earners will make a detour around the fruits and vegetables section and head straight for the cheap processed-food aisles, thus increasing health costs.