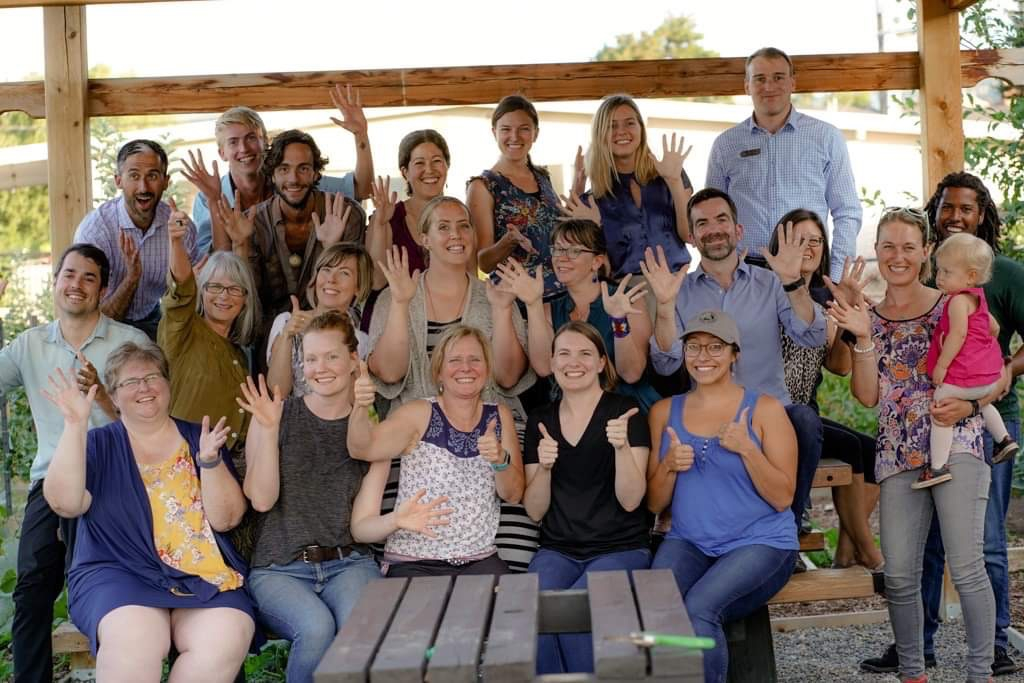 The Kamloops Food Policy Council is celebrating recent news it will receive $750,000 from the provincial government to build a food hub in the city. Photo provided by Kent Fawcett
Previous story
Next story

Kent Fawcett didn’t plan to spend hours each day in the kitchen when he started making hummus. Then his dehydrated hummus business, Local Pulse, took off.

“My bottleneck is how much I can fit into a dehydrator,” said the Kamloops-based entrepreneur. “That’s why I have to go in every single day, to do small batches.”

Yet change is coming to Fawcett’s daily hummus grind.

The B.C. Ministry of Agriculture, Food and Fisheries announced funding for four new food hubs last month, including $750,000 to build one in Kamloops. The community-run centres offer commercial space and equipment to small farmers and food processors who can’t afford their own facilities, helping them stay in business and bolstering local food security.

About two-thirds of B.C.’s food is imported, according to a 2020 report commissioned by Metro Vancouver. Most will have gone through some degree of processing facility that transforms raw ingredients into everything from canned beans to cuts of beef.

B.C. has lost dozens of processors in recent decades as consolidation and trade deals have encouraged companies to centralize processing capacity where labour is cheap, Hannah Wittman, professor of land and food systems at the University of British Columbia, said in an August interview.

For farmers, that’s made selling to local markets challenging. Food safety requirements mean manufactured products like hummus or jam — which generate more income for producers than raw ingredients — need to be made in a commercial kitchen. But upfront costs to build one are a major barrier for many farmers and small-scale food processors.

“A lot of food producers are interested in (a food hub) because they want to scale up their business, but they don’t necessarily want to take on all that risk … The sharing model is just sort of the best thing going forward,” he said.

He aims to use the planned Kamloops hub’s commercial dehydrator and blender to increase his production and reduce his time in the kitchen, freeing him up to develop new products and possibly hire an employee. He was also recently hired as the food hub co-ordinator by the Kamloops Food Policy Council, the organization behind project.

Provincially funded food hubs are already operating in Vancouver, Port Alberni and Surrey, and B.C. has plans to invest $5.6 million to eventually create 12 food hubs provincewide, the Ministry of Agriculture, Food and Fisheries said in a statement. Each one is designed in partnership with local food organizations and will tailor its services to local needs.

For instance, the Port Alberni hub focuses on fish and seafood processing. A recently announced hub in Creston will also help with regional distribution, according to Elizabeth Quinn, executive director of Fields Forward, the organization supporting the Creston hub.

“(The) B.C. Food Hub network is a wonderful example of innovation at the local level, creating jobs and supporting farming, skills training, and community building in the regions they operate,” said Minister of Agriculture, Food and Fisheries Lana Popham said in a statement.

Still, the idea of a food hub is nothing new. They’ve been part of societies worldwide for millennia. It’s only recently that institutional and government support for local food has fallen as globalized food supply chains became widespread, said Allison Blay-Palmer, professor in geography and environmental studies at Wilfrid Laurier University.

Food hubs are increasingly common, though not all follow the same funding or organizational model as B.C.’s. For instance, Wilfrid Laurier University’s Centre for Sustainable Food Systems estimates there are roughly 125 food hubs in Ontario. Internationally, the U.S. Department of Agriculture has supported hundreds of U.S.-based food hubs, and they feature in Scotland’s legislative proposal to become a “Good Food Nation.”

The common thread between them is a desire by farmers, producers, policy-makers and consumers to reduce the length — and vulnerability — of their supply chain.

“This globalization process (in the food system) is supposed to be more efficient,” said Blay-Palmer. “I think people are just starting to realize that they want to know where (their food) is coming from. They want to have confidence in its quality, and its nutritional value, and they also want to be supporting local business.”

That’s at the heart of Fawcett’s work establishing and — once its completed — using the Kamloops hub.

“The big goal of the (Kamloops) Food Policy Council is to create a food system that is sovereign (that) goes back into supporting our environment and supporting our people,” he said.

Then WHY is the B. C. government, on the other hand, KILLING any possibility of food security in the Peace River area with the Site C dam??!!!