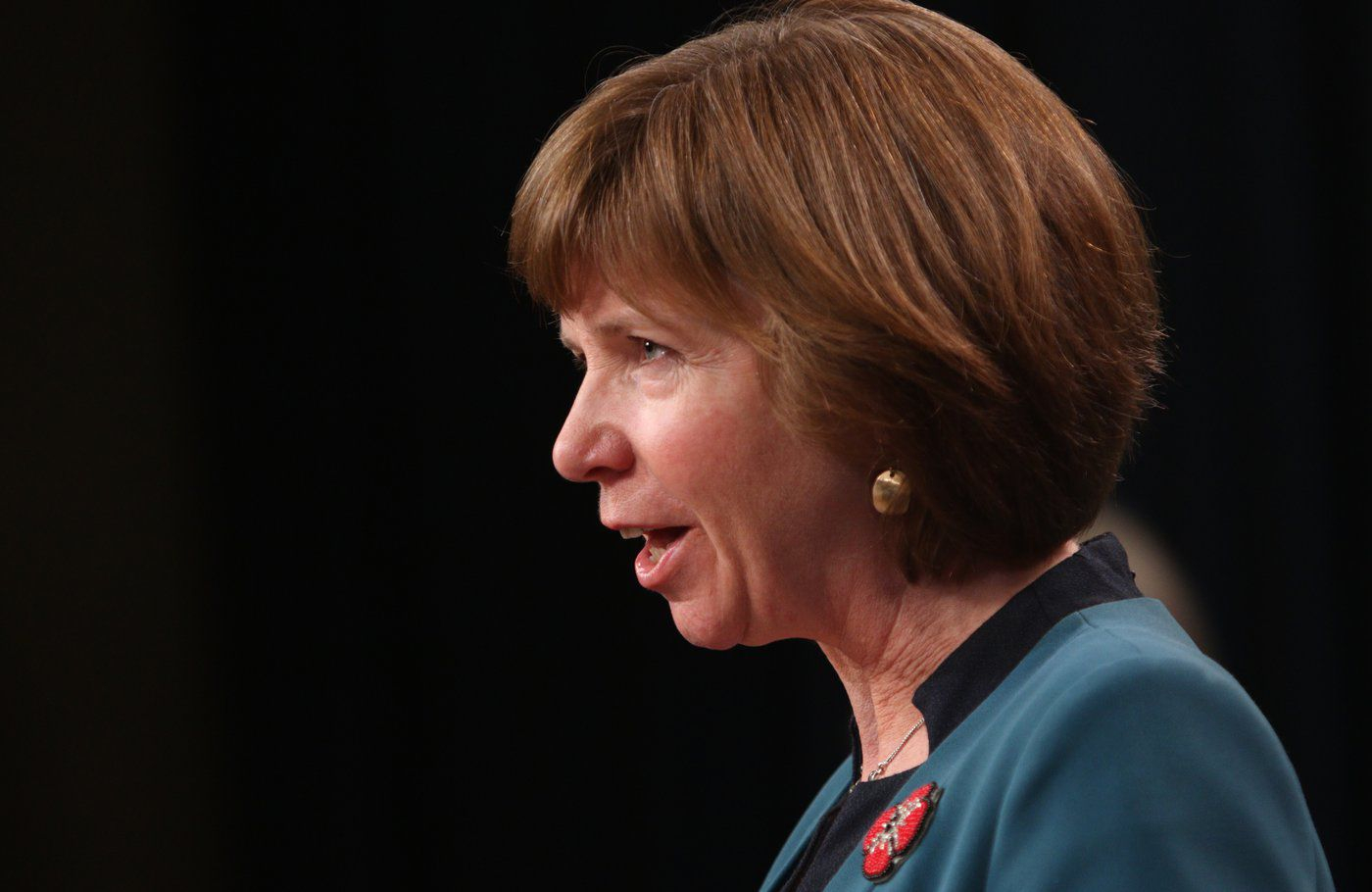 Sheila Malcolmson speaks at a press conference in the press gallery at the Legislature in Victoria, on Monday, Nov. 1, 2021. File photo by The Canadian Press/Chad Hipolito
Previous story
Next story

Health Canada is considering British Columbia's decriminalization request but with a lower threshold for the amount of drugs a person can carry, says a provincial minister.

Mental Health and Addictions Minister Sheila Malcolmson told reporters Wednesday she received an update on what Health Canada has "on its mind" and the decision is not final.

B.C. has applied for an exemption request to decriminalize possession of small amounts of drugs, in an effort to reduce stigma associated with drug use and help save lives.

Drug users who purchase above the threshold limit are at risk of arrest and having their drugs confiscated.

Leslie McBain, co-founder of Moms Stop the Harm, said Malcolmson shared the update with a circle of stakeholders this week.

"Everybody who is an advocate was horrified by this," McBain said.

The office of Carolyn Bennett, federal minister of mental health and addictions, said the decision has not been made.

"We continue to work closely with all applicants throughout the review process. No decisions on these requests have been made as they remain under review," Bennett's office said in a statement Wednesday.

The province's originally proposed threshold was based on evidence that was presented by people who use drugs, Malcolmson said in a recent interview.

The 4.5-gram cumulative threshold was already too low for many people who use drugs, said McBain.

Setting appropriate thresholds matters because tolerance levels among people who use drugs are higher due to the increased presence of fentanyl in the drug market, MacPherson said.

Making the threshold cumulative means the limit counts for the total amount of drugs in possession, instead of the cap existing for each substance separately.

The 2.5-gram cumulative threshold also discounts the realities and needs of people who use drugs, as they often use multiple types of drugs on a regular basis, McBain said. "Sometimes they use what they can get."

"We're in the sixth year of the worst drug toxicity crisis and death crisis that the country has ever seen before," said MacPherson.

"There is an imperative to move on this kind of policy change."

McBain said she wants to understand what will be accomplished by setting the threshold so low.

"The goal is still to punish people for accessing what they need. And the only way they can access what they need at this point in time here is to go to the illicit drug market," she said.

This report by The Canadian Press was first published April 6, 2022.