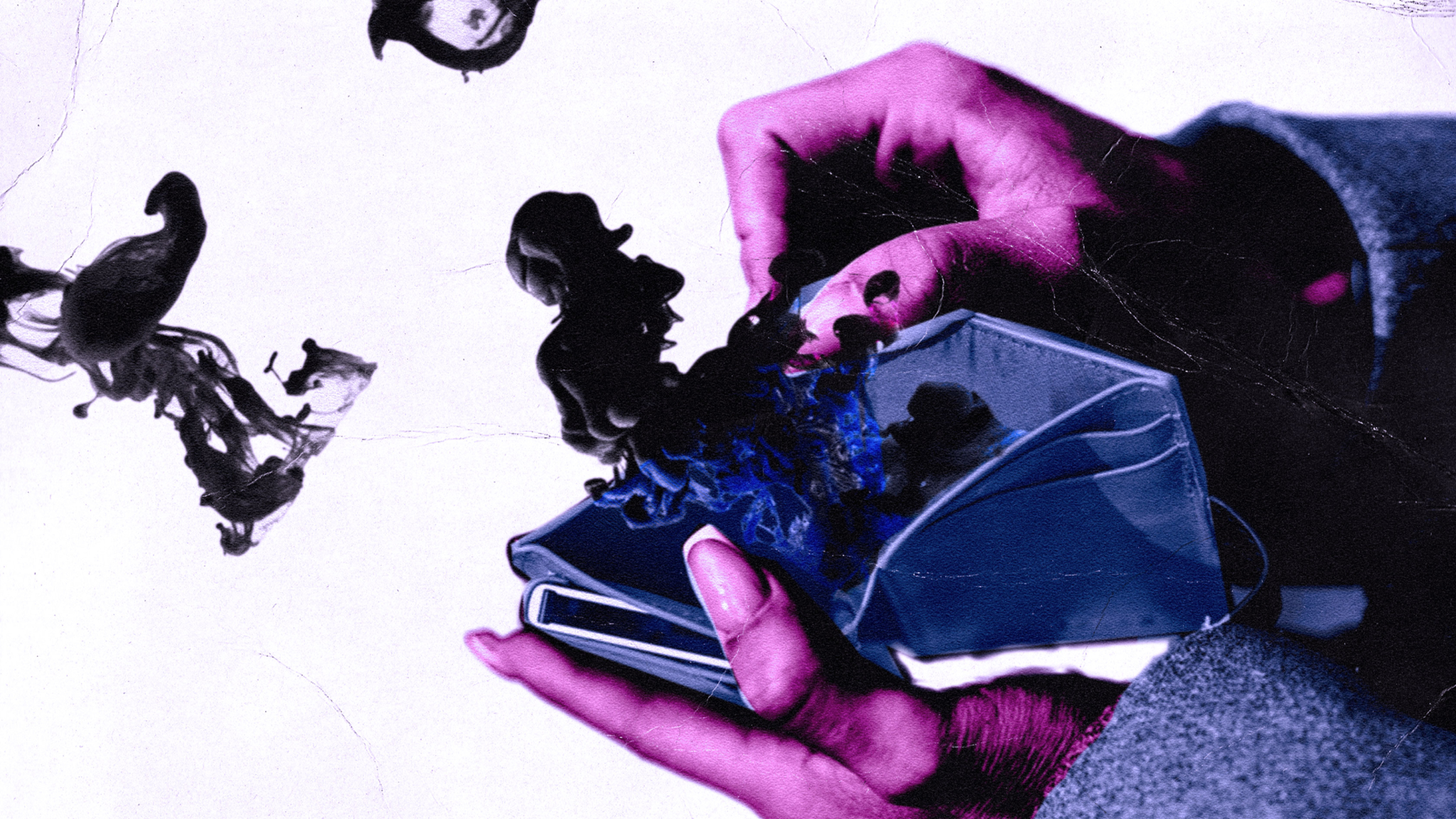 We know Canada’s big banks and the fossil fuel industry are indubitably intertwined. So how do you make sure your own money isn't funding an industry whose product is one of the main drivers of climate change?

Most Canadians bank with one of the Big 6 — RBC, BMO, CIBC, Scotiabank, TD or the National Bank of Canada. Every one of these financial institutions invests in or lends money to fossil fuel companies: since the Paris Agreement was signed in 2016, Canadian banks, in general, have put $911 billion into companies whose products create planet-warming greenhouse gases. But experts say the opposite needs to happen if we’re going to meet our climate goals.

Banking with a financial institution that invests in fossil fuels doesn't necessarily mean your money is going directly toward these ventures, but your business with the bank still supports a fossil fuel financier. You can, however, make sure your own investments aren't tied to polluting sources of energy like oil, coal and gas.

It's not just about protecting the planet. Joss Biggins, a sustainable financial adviser with EthicInvest in Vancouver, says people should consider getting their money out of fossil fuels for financial reasons, too.

A fossil fuel company’s stock prices are dependent on its assets, which include oil, coal or gas it has already extracted as well as fossil fuels that may still be underground. Biggins explains those untapped reserves are reflected on the balance sheet, which is problematic given our plans to transition off fossil fuels.

“Those assets can be upwards of billions of dollars of untouched reserves in the ground that's been surveyed, et cetera. What happens if you never get to use and/or sell and/or process those reserves? All of a sudden, your balance sheet is wiped out,” he says.

“The debt that you've issued is unserviceable. Those dividends that you pay, you can no longer pay them; that's going to significantly hurt the financial bottom line of that company.”

Ultimately, he says the important thing for individual investors is believing in a company and the assets it holds, which is tricky given the variables that come with the oil and gas industry — from oil spills to lawsuits and more. Renewable energy companies, on the other hand, don’t carry some of those same risks.

“Those underlying fundamentals of a lot of fossil fuel companies are seriously misguided, misjudged,” he said, noting fossil fuels, even for someone unconcerned about the environmental impact, are a bad investment in the long run.

How to find out if your investments are in fossil fuels

If you’ve invested in mutual funds, index funds or exchange-traded funds (ETFs) through your bank, you might have to do your own digging to see where your money is actually going. Since they all pool stocks and bonds to allow for a more secure investment (instead of investing, say, in a specific stock), your cash could be going towards fossil fuels without you knowing it.

After publishing deep dives on the role Canadian banks are playing in the climate crises, readers told us they were interested in knowing more about their money, and how it may be a player in the fossil fuel industry. We listened.

For those who already have investments through their bank, Tim Nash, a financial coach who started Toronto-based Good Investing, says you should probably do your own research to see if any fossil fuel companies make the list.

Start out by asking for a statement of investment from your bank, which will provide you with a fund code, Nash suggests. Then, you can use that code to find more information about your investments online. Investment firm Morningstar, for example, provides financial analysis for various stocks and funds on the market, which you can use to break down the details of your investment. Yahoo! Finance also has similar information available.

Once you have a code, Look at your fund’s portfolio to find out which companies are involved and see what percentage of the fund, if any, is invested in the energy sector. If your investments include energy stocks, you should dig further and see whether that includes any fossil fuel companies, Nash says.

You can also look at Morningstar’s analysis to see what percentage of your ETF or mutual fund is in fossil fuels. For example, Desjardins’ SocieTerra Balanced R5 mutual fund, which the bank says incorporates environmental, social and governance (ESG) factors, still has around four per cent of its investments in fossil fuels, although at its highest, it was around 25 per cent.

To dig deeper, you can track down ESG ratings for each of the companies listed in your investment funds. These ratings can give insight into how a company manages long-term ESG risks — like the energy transition away from fossil fuels, for example. MSCI’s ESG Ratings and Climate Search Tool allows you to search a specific company’s ESG ratings, while its ESG Fund Ratings Tool tracks the performance of different funds.

Stephen Whipp, a sustainable financial adviser in Victoria, suggests a similar route as Nash. Searching your mutual fund, for example, and looking at the top 10 holdings list can give you a pretty good idea of where your money is going, he says. Whipp also suggests searching a company and taking a look at its climate ratings.

However, he points out that choosing where to draw the line on sustainable investing can get murky. There are grey areas for people who are against investing in oil and gas, such as railways that might transport fossil fuels, so part of your research should be a more in-depth breakdown of what you’re comfortable investing in, he says.

How to move your investments

With funds like RBC’s, there’s usually a certain threshold or percentage of fossil fuel holdings, which will be lower than the category average. In this fund’s case, Ørsted, a Danish power company, is listed in the holdings. Although Ørsted is primarily a renewable energy company, it is still in the process of closing down its fossil fuel operations.

It’s worth noting the fund’s fossil fuel investment is low, but Nash said it further emphasizes why people should do their research and decide how strict they want to be with their investments.

So, if you’re asking your bank for a fossil fuel-free investment, be sure to double-check.

You could go the DIY route and open your own online brokerage account, which would allow you to pick and choose investments you’ve researched.

Nash points out that many banks can only sell their own branded mutual funds, so you might be limited going that route.

The ABCs of ESG

There are labels that can be helpful when deciding where to invest, like ESG ratings. But these don’t always tell the whole story. ESG ratings aren’t mandatory in company financial reports, making them inconsistent and unreliable, and even if a company does have a good ESG rating, it doesn’t necessarily mean it has a good climate rating. What’s more, there is no universally accepted set of criteria for ESG ratings, meaning companies can get a different score depending on who’s doing the evaluating.

Socially responsible investing (SRI) is another label often used to gauge a fund’s ethics combined with its financial return. But again, defining what is truly ethical under SRI can get murky.

It means greenwashing is a real problem in the sustainable investment world, explains Whipp. However, he points to news from the Canadian Securities Administrators (CSA), which recently put out new “anti-greenwashing” guidance for investment fund providers.

However, the move from the CSA doesn’t necessarily set rules in place. In a Wealth Professional article, Ian Tam, director of investment research at Morningstar Canada, explained the guidance only provides suggestions for fund manufacturers, not regulation.

When to decide to switch banks

Of course, there’s another big question for folks who want to keep their money out of fossil fuels: Should I break up with my bank? Stay tuned: Canada’s National Observer will be digging into this soon, too.

DISCLAIMER: This article is not meant to serve as a substitute for professional financial advice.

Climate change represents the biggest market failure in history. The fossil fuel industry is profitable only because producers and consumers largely externalize health, environmental, and climate costs. Downloading them to the public purse, the environment, and future generations.

Price fossil fuels properly, internalize all costs, end all subsidies — and watch what happens.
In the meantime, we continue to subsidize our own destruction. Mass suicide.

Just like tobacco marketing was regulated, we need to regulate marketing of fossil fuel products: automobiles, plastics, fossil gas utilities... that should free up mainstream media, such as CBC, CTV, Postmedia, Globe and Mail, to build narratives and call for action on climate change, free of influence from fossil industry.