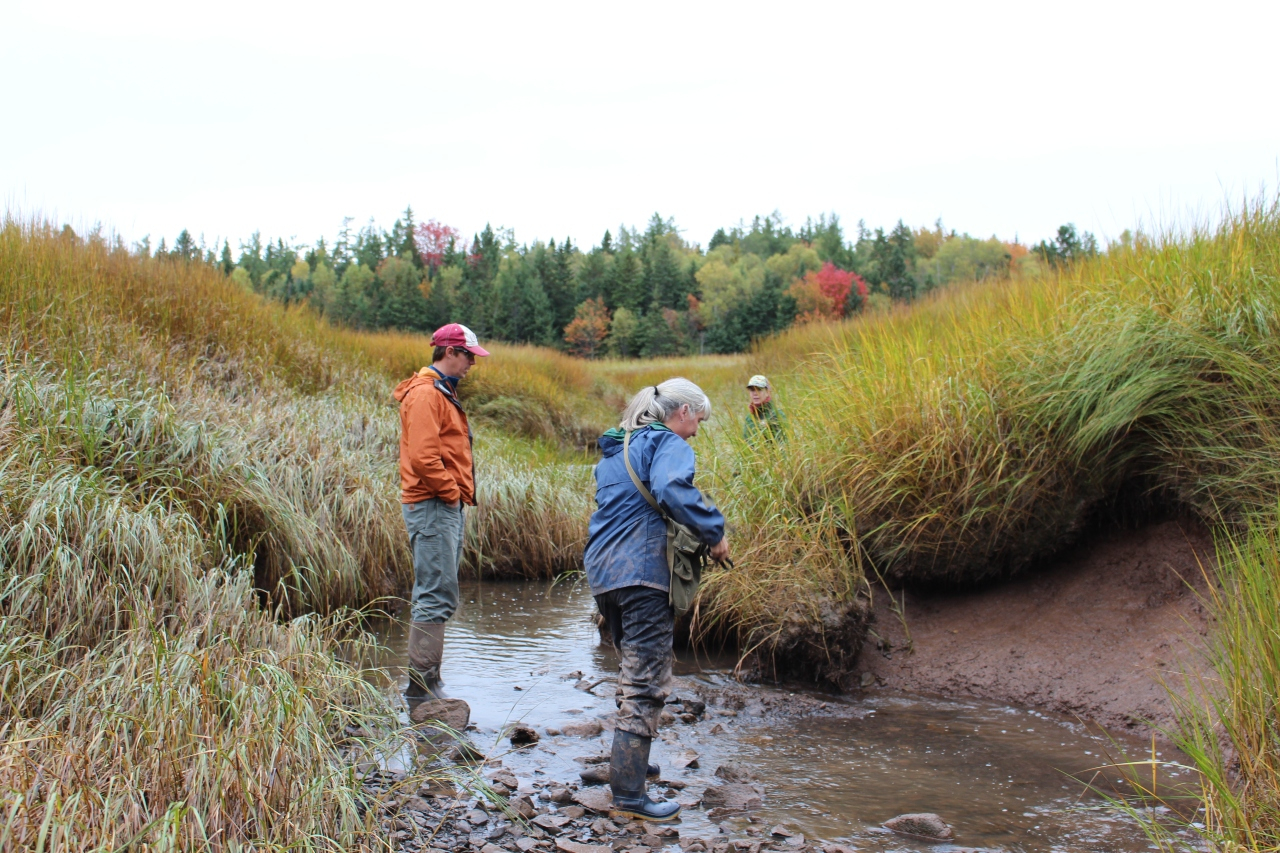 A windswept strip of former marshland provides the only link between Nova Scotia and New Brunswick and some experts say a long-awaited plan to protect it from flooding caused by climate change represents a “massive” missed opportunity.

A recently released engineering study commissioned by both provincial governments lays out options for protecting the Chignecto Isthmus, over which approximately $50 million in trade flows every day.

There are three proposed options to safeguard crucial road, rail and communications links from coastal erosion and sea-level rise. They include bolstering the diking system, either by increasing the height of the dikes, rebuilding them, or raising and armouring them with steel plates.

Estimated costs could total as much as $300 million, plus an additional $6.9 million in annual maintenance once finished and will take 10 years to complete.

However, some researchers say the proposals leave out a crucial piece of the puzzle: nature-based solutions like marsh restoration, some of which have already been done around the Chignecto Isthmus.

Doing nothing but raising or reinforcing the dike is a bad choice, says Jeff Ollerhead, a coastal geomorphologist at Mount Allison University who worked on a marsh restoration project on the New Brunswick side of the isthmus. “In the long run, it's going to cost more, it's going to be less effective, it's not going to work with nature, and it's not going to sequester carbon. In 2022, would you not want to pick a solution that would do all these things?”

Dikes were first built along the isthmus in the 1600s and for much of the past 400 years have reliably held back the sea, protecting farmers’ fields, towns and roads from the tides.

Today, the dike system is under increasing pressure from erosion and rising seas and some dikes are now failing.

To address the growing cost and difficulty of maintenance, researchers have moved some dikes further inland and restored the marshland on the ocean side.

A windswept strip of former marshland provides the only link between Nova Scotia and New Brunswick and some experts say a long-awaited plan to protect it from flooding caused by climate change represents a “massive” missed opportunity.

Some agricultural land has already been lost during that process. But researchers say allowing the marsh to spread out in front of the new dike provides more protection against sea-level rise and storm surge than a dike could supply on its own. Salt marshes absorb the energy of the waves, sequester carbon in plants and sediment and provide habitat for a wide range of species.

Tony Bowron, president of wetland restoration firm CBWES, says recent marshland restoration on the isthmus near Amherst, N.S. has already started to show some of these benefits, including the return of migratory birds.

Nonetheless, neither past research on marsh restoration nor future restoration possibilities are mentioned in the report.

For Ollerhead, this is disappointing, but not surprising. Before the study even began, Ollerhead says it was clear government officials were not interested in solutions that might require giving up land. “There's nothing intrinsically wrong with the report,” he says. “But if you're going to start out by saying we can't give up any agricultural land, then you're going to end up with a solution that says, ‘We're going to hold the ocean back, come hell or high water.’”

When the study was tendered, the governments’ asked for bidders to provide “viable and resilient engineered solutions” to counter the impacts of climate change on the isthmus. There was no mention of marsh restoration and its co-benefits, like biodiversity protection or carbon sequestration.

A statement from New Brunswick’s Department of Transportation said the judging system for the bid was based on constructability, climate adaptability, trade corridor efficiency and budget.

A spokesperson for Nova Scotia’s Public Works Department said nature-based solutions and infrastructure were considered and that it’s too early to say if further marsh restoration will be considered.

Diking is of great concern to people on both sides of the isthmus because they are acutely vulnerable to breaches and climate change.

Amherst Mayor David Kogon says as much as a third of the community could eventually be flooded by sea-level rise. The report lays out options that would guard against that, at least until 2100. “Both the mayor of Sackville [NB] and I were … very pleased when the report came out.”

Nevertheless, Kogon was surprised not to see marsh restoration included in the report. “I thought a compromise between dike improvements and salt water marshes was going to be one of the options,” he says. “From the reading I've done about it, it seemed to make a fair bit of sense.”

Ultimately, Kogon says he defers to the expertise of the engineers and is agnostic about the approach that’s taken, so long as Amherst is protected.

In Sackville, on the other side of the isthmus, flooding is already a concern — heavy rain sometimes gets trapped behind the dikes, swamping roads and basements in the community. And the possibility of dikes failing is an ever-present threat.

Sabine Dietz, a councillor for Sackville and executive director of CLIMAtlantic, says the report answers some important questions. But she worries building higher dikes may exacerbate marsh loss — a phenomenon known as coastal squeeze, where marshes are prevented from migrating inland.

As it stands, the majority of the marshes around the Bay of Fundy have already been lost to diking and shoreline development — some estimates put the figure as high as 80 per cent. Kate Sherren, a professor at Dalhousie University who works with TransCoastal Adaptations, says that loss has made people unfamiliar with marshes and the benefits they provide, and that not including marsh restoration in the isthmus approach would be a “missed opportunity” to show what marshes can do.