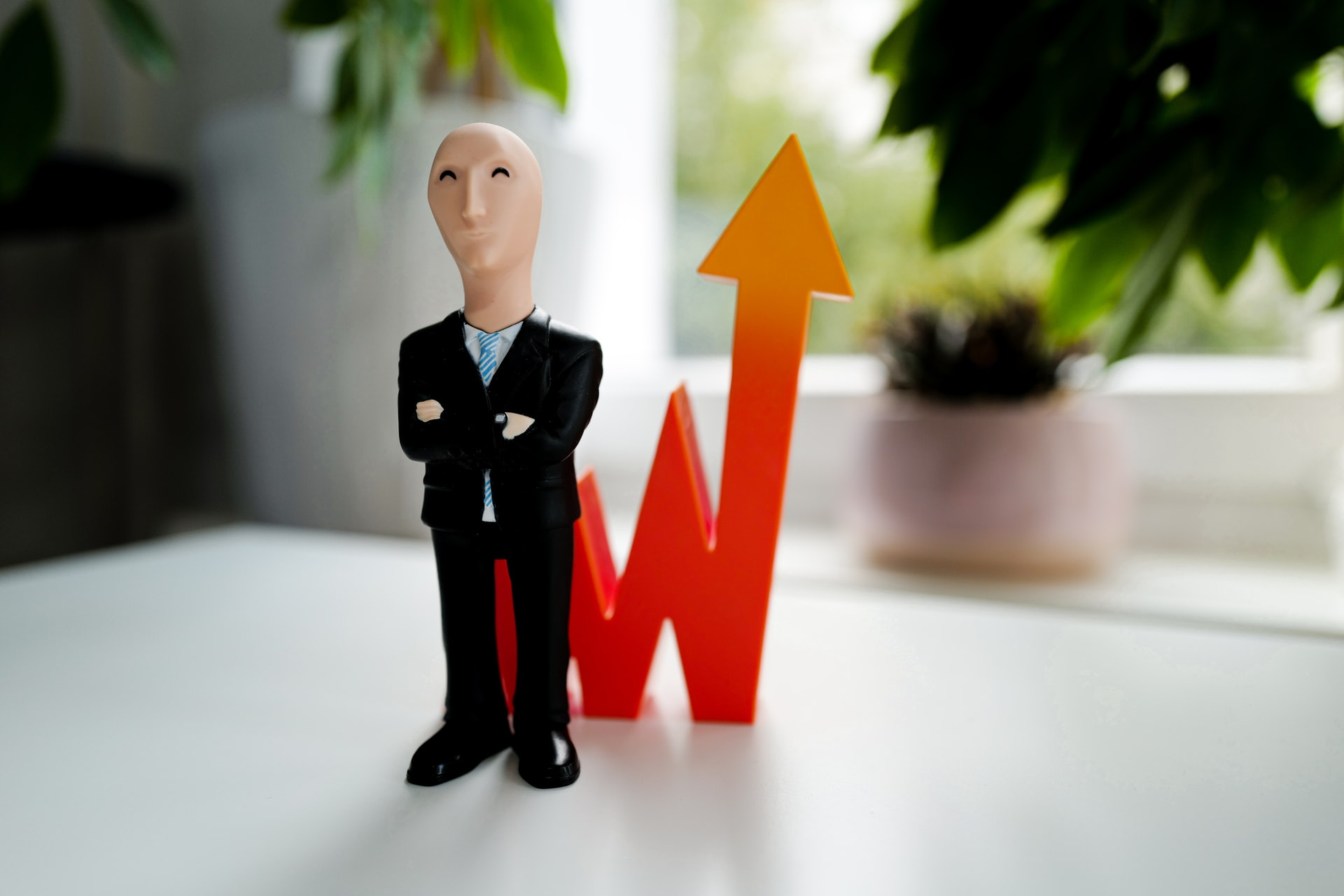 MPs are exempt from divestment requirements that prevent them from acquiring and holding controlled assets. Is this good public policy? Photo by Gilly / Unsplash
Previous story

The tenor of Obama’s first term was cause for optimism that the corrosive role of money in American politics would finally be addressed. Still reeling from the effects of a generational economic meltdown, people earnestly believed the suave, messianic figure who assured them the plutocrats and their Washington enablers were in his crosshairs.

There was reason to be hopeful that the glaring deficiencies of federal ethics laws would be addressed in order to prevent, for example, the Speaker of the House from acquiring shares in VISA’s IPO at a time when legislation regulating credit card companies was being introduced by one of her own members.

What Americans wanted from their elected officials was so apparent and uncomplicated that political inaction was no longer tenable. And so, with bipartisan support, the man who was elected to sever the incestuous ties between Wall Street and K Street penned the STOCK Act into law, officially prohibiting members of Congress from trading on insider knowledge — his remarks at the signing in lockstep with public sentiment.

The idea that everybody plays by the same rules is one of our most cherished American values. It goes hand-in-hand with our fundamental belief that hard work should pay off and responsibility should be rewarded. It’s the notion that the powerful shouldn’t get to create one set of rules for themselves and another set of rules for everybody else. And if we expect that to apply to our biggest corporations and our most successful citizens, it certainly should apply to our elected officials — especially at a time when there’s a deficit of trust between this city and the rest of the country.

And yet, nearly a decade later, this deficit of trust seems to have grown and abuses of power on Capitol Hill seem to be no less frequent, brazen or lucrative.

Americans don’t believe it’s a coincidence that Sen. Kelly Loefler dumped $18.7 million of stock in the weeks leading up to the pandemic crash while simultaneously buying shares in a company that sells teleconferencing software.

They don’t believe it’s a coincidence that Sen. Richard Burr offloaded hundreds of thousands of dollars in travel stocks that February just as the world’s borders were about to close.

They don’t believe it’s a coincidence that Speaker Nancy Pelosi, unlike many seasoned financiers, consistently outperforms the S&P.

In other words, they don’t believe that a law prohibiting politicians from using non-public information to trade stocks is the same thing as a law prohibiting politicians who have access to non-public information from trading stocks. The former hinges on a level of goodwill and faith in elected officials that simply does not exist; the latter is an effective policy that the public actually wants. Indeed, polling indicates that three in four Americans support a blanket ban on congressional stock trading, a prospect that is generating a great deal of attention in light of a bill introduced by Sen. Jon Ossoff, one that has received encouraging support from Democrats and Republicans alike.

The situation in Canada

North of the 49th parallel, most Canadian politicians are free to access all the same exchanges and securities that exist in the United States. They are able to buy and sell stocks, options and digital assets like cryptocurrencies as freely as any private citizen. And just like their American counterparts, they are routinely the recipients of non-public, market-moving information.

Opinion: MPs are exempt from divestment requirements that prevent them from acquiring and holding controlled assets. Is this good public policy? asks Samuel Forster. #CDNPoli

Given that virtually all Canadian political punditry is an exercise in importing American issues, it’s strange this particular topic is so rarely a part of our own political discourse. It’s a blind spot that has cost the public in ways we will never know.

In Canada, reporting public office holders (RPOH) are prohibited by the Conflict of Interest Act from acquiring and holding controlled assets throughout the duration of their term. These individuals include the prime minister, cabinet ministers, ministers of state, parliamentary secretaries, cabinet appointees and full-time ministerial staff.

Most MPs, however, are not members of cabinet, and are therefore exempt from the RPOH divestment requirement. This means any information our federal representatives obtain in the course of their official duties can guide their personal financial decisions. Technically, the Conflict of Interest Code for Members of the House of Commons prohibits MPs from “furthering his or her private interests or those of a member of the member’s family,” but there’s no regulatory apparatus in place to ensure this provision is abided by.

Even Bill Morneau — who was at the time the most powerful financial decision-maker in the country — was allowed by the ethics commissioner to maintain his $40-million stake in a company he personally regulated because he had the prudence to own it through a holding company instead of “directly.” Our watchdog is toothless; it isn’t even able to address the most conspicuous abuses of the most powerful RPOHs. To think that it is able to scrutinize the financial transactions of the entire House of Commons is absurd.

Ottawa is a relatively small city where there are countless opportunities for Canada’s who’s who to liaise informally. These interactions can and certainly do lead to the dissemination of sensitive, market-moving information. All of the closed-door meetings, all of the furtive shoulder bumping with loose-lipped lobbyists and corporate insiders, all of the ambient lunching and cocktailing that goes on is effectively fair game when it comes to maintaining a portfolio.

In large part, the relative lack of public concern about the current dynamic stems from the fact there is very little reporting on the financial transactions of Canadian politicians. The STOCK Act mandates that members of Congress disclose their transactions within 45 days. This requirement has led to the creation of a number of sophisticated, well-maintained tracking websites like Capitol Trades and OpenSecrets that allow users to access all the recent trades and financial disclosures of their elected officials. Due to our lack of reporting requirements, nothing comparable exists in Canada.

While the unseemly transactions in our capital are certainly made on a much smaller scale than those in Washington, it would be insane to think our MPs are not investing, trading and enriching themselves through tips and whispers at the expense of regular Canadians. Just like D.C., Ottawa runs on an honour system when it comes to not cashing in on privileged information; politicians are simply expected to abstain from enriching themselves with non-public information despite the lack of an effective regulatory framework and sufficiently deterrent penalties. And just like in the United States, only a blanket ban on stock trading is enough to ensure representatives are putting the people’s interests above their own.

Samuel Forster is a writer currently based in New York. He has previously lived in Edmonton, Montreal and Dallas, as well as Toronto where he was a graduate associate at the University of Toronto’s Centre for Ethics. You can follow him on Twitter @ForsterSam.

While I agree with the gist

While I agree with the gist of the writer's observations, there was plenty of evidence by early February, in public sources, that should have led thinking shareholders to get out of at least intercontinental travel-related stocks.
I wonder why no one's recommending that politicians not be allowed to own real estate they don't occupy. It seems that at all levels of government, politicians own residential properties as investments. The restriction need not apply only to politicians, and indeed, could have considerable effect on both prices and availability of listings in the real estate market.
The TVO "Push" series, as well as recent purchaser information from the real estate boards, should make those connections utterly clear. But ... you know, foxes guarding the hen-house, and all that ...