Luke Wallace is an entertainer with a climate mission 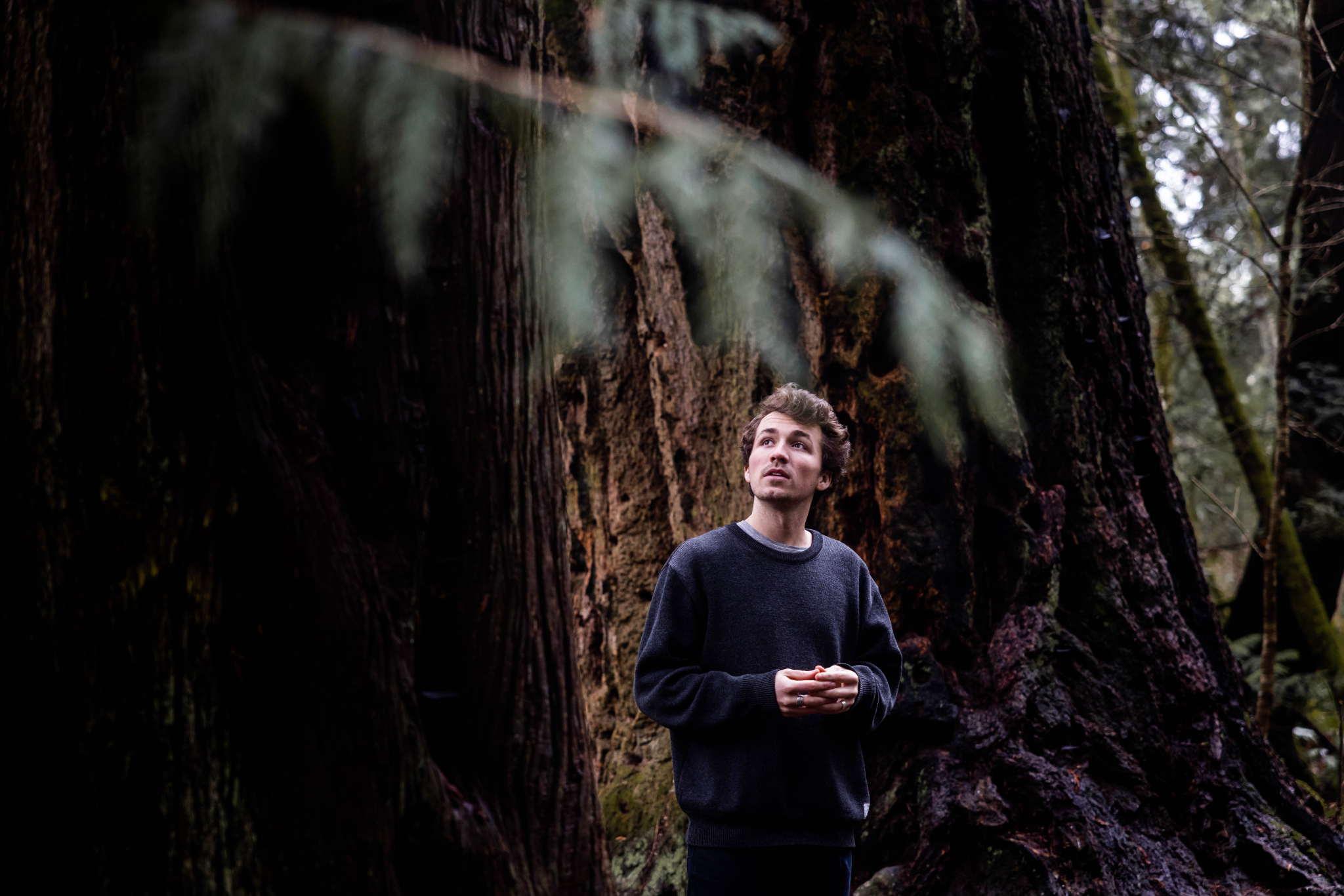 Luke Wallace is an entertainer with a mission. This 29-year-old singer, songwriter and filmmaker wants to see other young climate leaders shine.

As the 2022 spokesperson for the International Sustainability Education and Action’s Youth Climate Action Awards, Wallace recognizes and lifts up school-aged youth with awards accompanied by significant prize money — $300 to $1,500. As an entertainer, he uses music and film to entertain and motivate audiences to act on the climate crisis.

Tell us about the Youth Climate Action Awards.

Greta Thunberg said: “... We are not just some kids skipping school or some adults who are not going to work. We are a wave of change and together we are unstoppable.”

Working with school administrators and principals, we identify students who have demonstrated devotion to taking meaningful steps towards reducing the impact of climate change. In 2022, we are focused on Vancouver Island — so if you or someone you know fits this description, talk to your teacher or principal. We want to nurture you as part of this already unstoppable wave.

Next year, we hope to have expanded across British Columbia and from there, across the country.

Luke Wallace is an entertainer with a mission. This 29-year-old singer, songwriter and filmmaker wants to see other young climate leaders shine. #YouthClimateAction #EarthDay

How did you come to be the spokesperson for this awards program?

For 10 years, I have been touring using my art to raise awareness and motivate people to act in campaigns like the ones against Enbridge Northern Gateway and Kinder Morgan pipelines. I try to combine a nighttime gig with shows at schools and, as a result, have a network of contacts. This made for a great fit and I am honoured to serve.

Tell us about your art.

My inspiration is often the beauty and fragility of the natural world and the resilience of the people determined to protect it.

What would an audience experience at one of your shows?

Music, film and community — all of which allow for emotional engagement. I used to conclude by asking audiences to take a common action, like signing a petition. These are useful, but I have found the impact is much greater if people take time during the show to reflect on their own passions and to step into the brilliance each of us can bring to change-making. I have found people are then more likely to claim agency and power to make a difference.

How did you come to be on this path?

I have been playing my own music since I was 16, but I did not really connect the dots between my art and action on the climate crisis until my third year of university when I borrowed my mom’s car and drove to Kitimat basically on a whim to make a film about the Northern Gateway project. I also wrote the soundtrack. The film helped bring the need to stop the project home to people in southern B.C., and I began to see the power I have to make a difference.

I do. If I have a period without feeling creative, my own internal critic and fear-monger can overwhelm me. I have learned that if I can avoid running from these negative feelings and instead sit with and acknowledge them, I can be more ready for inspiration when it comes. I can have nothing for a week, but then three songs will come to me in one morning. I have to be ready.

Often, when I finish a concert, someone will tell me they heard me sing when they were 14 or 15 and it helped them focus on work that respects the planet. That is the best reward.

It is a miracle and an unfathomable mystery that we are here at all. If everyone was aware of how tightly connected we are to the non-human natural world it is hard for me to believe that decision-makers would be as asleep as they often appear to be. When I take time to notice how special it is to be alive on a planet that offers so much, I am doing my part to remember that and I am less likely to be paralyzed by looming catastrophes. And the activist crowd that I run with are great company on the journey.

Giving a damn is the new cool.

And, yes, there is music for your journey. Try Raye Zaragoza, Rising Appalachia, or Logan Staats.

How about older readers?

Sometimes people want to tell me they feel guilty for the damage done. We don’t need your “sorry.” We need you to take action. Getting arrested for being an activist is a good way to do penance. We are risking our lives to save our future. We need you to join us.

Yea, we could make a comeback

But this ain’t nothing new, it’s what I’m always thinking

But a break in the flow is like my mind blinking

A moment of rest, nah nah

In the pause, I can feel all the weight start to lift

A story coming clear over the crowd

So I listen in close, nah nah

Yea and I hear the future goes something like this

Sound of the singers coming through crisp

Steady ourselves climb back to the bliss

And welcome anything that walks through that mist

And so I insist that we go there together

Start from the bottom, build something much better

Whatever the weather, it’s right on time

’Cause the moment’s arrived, nah nah

Yea, we could make a comeback

In the ocean, the forest, the political grin

The methane, the coup, the violence within

And the second I look, there it appears

Hiding behind all that sorrow and fear

And when I look in your eyes, I can see it so clear

We’re one and the same, nah nah

Come back together and come lend a hand

Come back to yourself, nah nah

And I wish you hadn’t done that

Thrown our future to the wind

But we could make a comeback

I could be the comeback