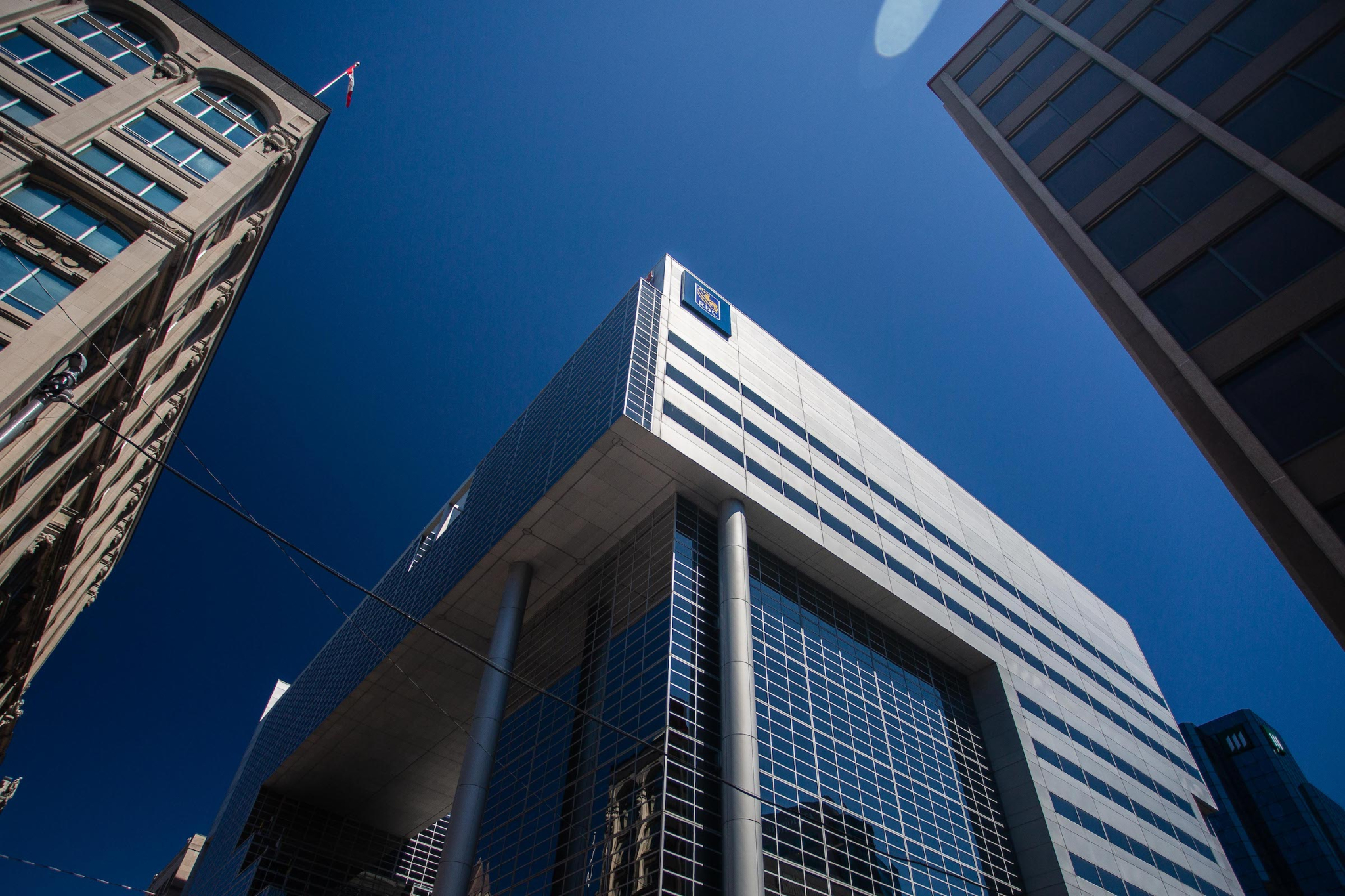 Canada’s recently published emissions reduction plan provides a roadmap for how Ottawa plans to hit its 2030 climate targets, but critics say until the financial sector is aligned with climate goals, the government's plans are “derelict.”

The 271-page emissions reduction plan contains four pages dedicated to “sustainable finance” that outline at a high level a few of the federal government’s initiatives, including its recent $5-billion green bond issuance, a 2019 report from the expert panel on sustainable finance and a January report from the Office of the Superintendent of Financial Institutions outlining climate risks to the financial sector.

The plan also says Ottawa aims to introduce mandatory climate-related disclosures and net-zero plans for federally regulated institutions, a climate data strategy to aid investors and an annual report detailing what steps have been taken to manage climate risks in the financial system.

However, Segal says the brief attention to financial issues in the plan, when compared to the detail offered for other sectors, shows Ottawa isn’t grasping the importance of the file.

“Part of the reason they're not getting it is because the Sustainable Finance Action Council — all of the work on sustainable finance — is very much led by industry,” she said.

“Sustainable” finance is a booming industry, with US$1.6 trillion worth of “sustainable” debt deals signed last year globally. Bloomberg reports that by 2025, ESG investments — referring to cash designed to improve a company’s environmental, social, or governance performance — could hit $53 trillion, representing a third of global assets under management. This is concerning to many environmentalists because greenwashing is rampant in ESG deals.

“There's no company, bank or pension fund that's resilient to a three-degree world... The cascading, complementary failures of societal systems and ecosystems is just not going to allow for a stable functioning economy,” says @AdamScottEnv. #cdnpoli

A clear example of this came last year when Canada’s biggest banks teamed up to loan Enbridge over $1 billion in a sustainability-linked bond that the fossil fuel giant admitted in the term sheets would not be used for anything investors might consider “environmental.” Enbridge has faced sustained criticism over its controversial Line 3 pipeline that can move 760,000 barrels of oil per day at full capacity from Alberta to Wisconsin despite Indigenous rights and climate-related opposition to the project. This week, RBC — Canada’s biggest fossil fuel financier — will face a shareholder vote at its annual meeting that, if passed, would prevent the bank from financing fossil fuel companies under the banner of sustainability.

While Canada dances around climate finance policy, its peer countries are making strides. In the United States, the Securities and Exchange Commission recently unveiled new plans to make climate disclosures mandatory, while the United Kingdom recently published guidance for companies to make climate-related disclosures as part of its new legislation.

Scott says the emissions reduction plan did a good job of summarizing action to date, “but it doesn’t amount to any coherent forward-looking policy.”

“My assessment is that they’re taking all of their cues on this file from the finance industry itself, which is going to great lengths to talk up their voluntary pledges, and all of that really amounts to a lot of greenwashing and not a lot of progress to date,” he said.

Greenwashing won’t cut it because real emissions reductions are needed to protect the economy at large from ever-worsening natural disasters and the economic impacts of climate change.

“There's no company, bank or pension fund that's resilient to a three-degree world,” Scott said. “The cascading, complementary failures of societal systems and ecosystems is just not going to allow for a stable functioning economy.”

Scott says to protect the financial system from collapsing, Canada should put climate within the mandate of the Bank of Canada and use the financial tools available to drive emissions down.

The Liberals wouldn’t have far to look if they wanted a credible plan to align the financial sector with a climate-safe future, both Segal and Scott say.

“We’ve seen a major ramping up of net-zero commitments from the public and private sector, but we must face the elephant in the room: our financial system continues to fund activities that fuel climate risk,” Galvez said at the time. “The only scenario in which our financial sector will thrive and prosper for generations to come is the one where we pursue a coherent and orderly transition.”

At a high level, the bill would require financial institutions to recognize climate change as a “superseding interest” for a company’s board of directors, set targets in compliance with a global carbon budget, avoid conflicts of interest at the director level, respect Indigenous rights and a host of other steps. A white paper details the legislation’s rationale in full.

“The best way to reduce climate-related financial risk is to actually reduce climate change, and Sen. Galvez's bill gets that, whereas Canadian regulators and government do not seem to get that to date,” said Segal.

Segal adds she didn’t think there was one highlight to the senator’s bill because the various planks complement one another well.

Scott calls the bill “an excellent, very well-thought-out summary of activities” Ottawa could take to align the financial sector with climate goals, adding he thought one of the most influential parts could be a requirement that federally owned or regulated entities publish plans and timelines to align their investments with emission reduction goals because that immediately targets the fossil fuel industry’s financiers.

For Matt Price with shareholder advocacy group Investors for Paris Compliance, the main value of the bill is that it jumpstarts a needed conversation. Moreover, a bill written by Parliament Hill lawyers makes the conversation around climate finance more tangible to elected leaders.

“The big picture on this is Ottawa has been missing in action, the House is not really stirring fast enough on this, and so there's no reason it can't start to happen in the Senate,” said Price. “At some point, it needs to feed back into the House. We need the finance committee to start to debate this stuff, we need actual legislation in the House to debate.

“It's definitely a step forward, but the main work still needs to be done, which is bringing the elected members of the House onside in terms of doing something similar.”

The federal government is beginning to signal that it understands fossil fuel financing needs to be phased out if there is any hope of meeting climate goals. In last year’s budget, Ottawa announced Crown corporations would begin reporting climate-related financial disclosures.

At the same time, Finance Minister Chrystia Freeland’s mandate letter puts aligning Canada’s investments with its climate commitments in her jurisdiction. That letter calls on her to “accelerate our G20 commitment to eliminate fossil fuel subsidies from 2025 to 2023” and “develop a plan to phase out public financing of the fossil fuel sector, including by federal Crown corporations.”

Critics say this duty is being ignored in light of Export Development Canada’s (EDC) updated sustainable bond framework, published in late March, that creates new ways to pump public dollars into fossil fuel companies. EDC provides financing and connects companies, giving Canadian businesses an edge in the global economy. From 2018 to 2020, EDC provided US$11 billion annually on average to the oil and gas sector, helping Canada take the title of the largest public financier of fossil fuels in the G20.

EDC is able to do this by creating a new type of bond not issued anywhere else in North America called a “transition” bond. The Crown corporation says a company can qualify for a transition bond if it has a decarbonization strategy aligned with the Paris Agreement, if it can significantly reduce greenhouse gas emissions and if it can avoid carbon lock-in. Because fossil fuel investments typically take many years to recover their cost, carbon lock-in refers to projects that would lock in emissions over a period of time or risk being stranded assets.

Segal says EDC’s transition bond framework almost looked like an error because the bonds allow for continued investments in the fossil fuel industry via carbon capture technology and low-carbon fuels.

“Right off the bat it misses the core principles of a transition, which is that any form of a just transition — a sustainable transition — requires early action to end reliance on fossil fuel infrastructure so that the communities and workers, who should be supported by a sustainability framework, are able to be consulted and integrated,” she said.

Moreover, Price questions how a Crown corporation could develop these rules for itself, while the federal government has repeatedly promised to phase out its support for the fossil fuel industry.

“Where did this decision to develop transition bonds come from, and how is that accountable to any kind of democratic structure?” he said.

Finance Canada did not return a request for comment by deadline.

We should not be giving banks

We should not be giving banks or other corporate entities the duty or the power to regulate the environment, which this would effectively do. It is a government responsibility and our efforts should be focused to make sure the government does a credible job. To expect and allow banks to do it just blurs transparency and the lines of authority. Worse, it would reduce the effectiveness of the environmental movement by spreading its operations over a wider area with a corresponding reduction in impact.