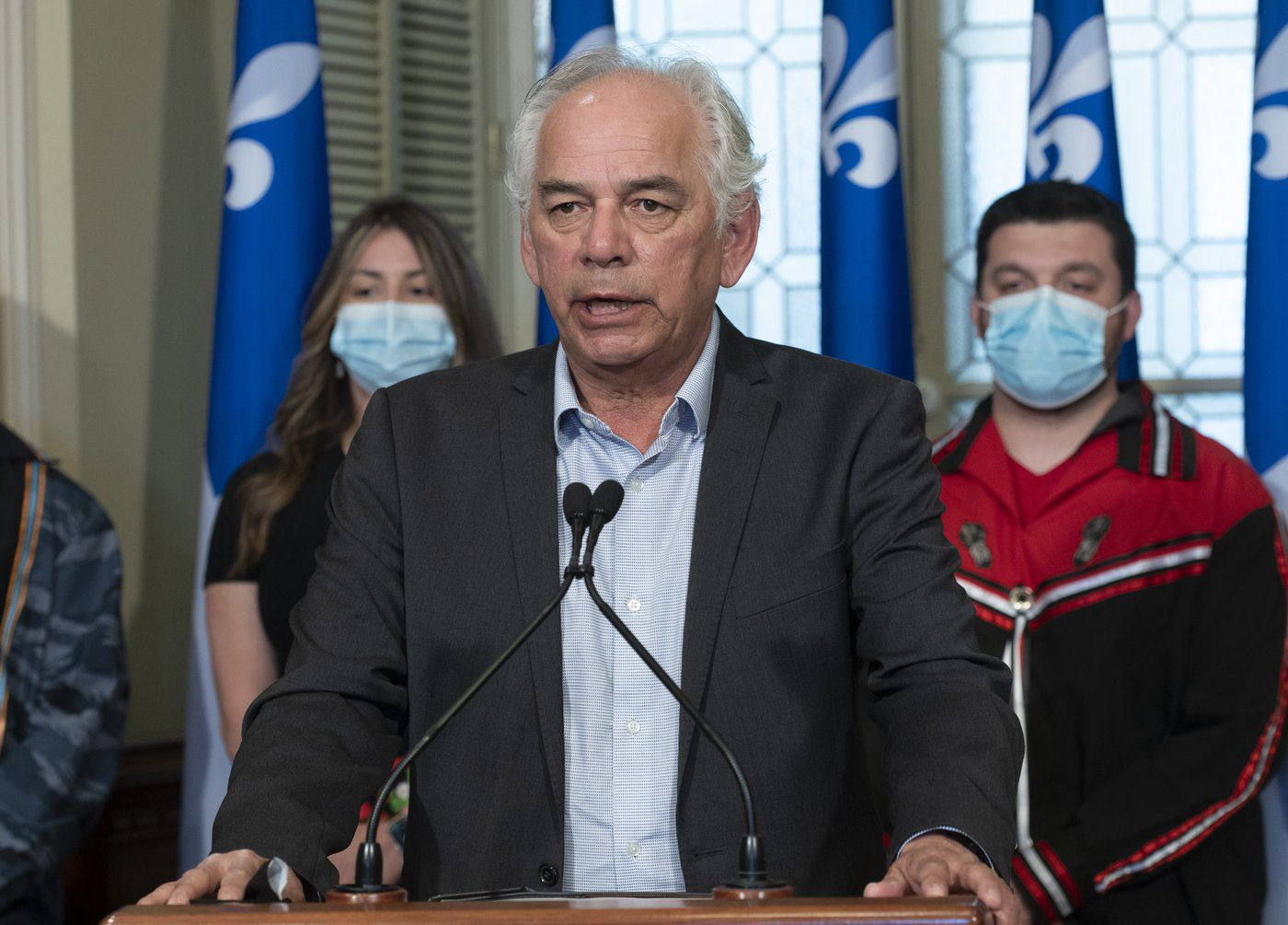 Assembly of First Nations Quebec-Labrador Chief Ghislain Picard criticizes Bill 96 at a news conference, on Tuesday, May 10, 2022, at the legislature in Quebec City. Photo by The Canadian Press/Jacques Boissinot
Previous story
Next story

Indigenous leaders in Quebec say the government's French-language bill is destructive, paternalistic and could put the survival of First Nations languages at risk.

"It's a staggering irony, that the first inhabitants of the land in Quebec are being forced to study outside their territory; that's something we find unacceptable," Picard said at the legislature.

Bill 96 makes several amendments to Quebec's signature language law, known as Bill 101. If passed, it would reinforce rules about the use of French in workplaces, the civil service and the justice system. The bill would also require students at the province's English-language junior colleges to take three additional classes in French.

John Martin, chief of the Mi’kmaq council of Gesgapegiag, on the Gaspé peninsula, said many Indigenous communities were historically forced to speak English and that requiring young people to master a third language — French — would make it more difficult for them to succeed.

"It is a destructive bill. It is a continuation of the kind of colonialism, paternalist and extinguishment activities that governments successively have conducted since their establishment on these territories."

Kahsennenhawe Sky-Deer, grand chief of the Mohawk Council of Kahnawake, located near Montreal, said the bill could also impact access to justice.

"We do not want to see this bill move forward without any kind of exemption or consideration of Indigenous people, our languages, our cultures that have been here since time immemorial," she said. "The way that this government is conducting itself is very dismissive and it disregards us and our long history and our presence on these lands."

The Indigenous leaders were invited to the Quebec legislature by the opposition Liberals and Québec solidaire. While the Liberals have said they plan to vote against the bill, Québec solidaire co-spokesperson Manon Massé said her party plans to vote for it.