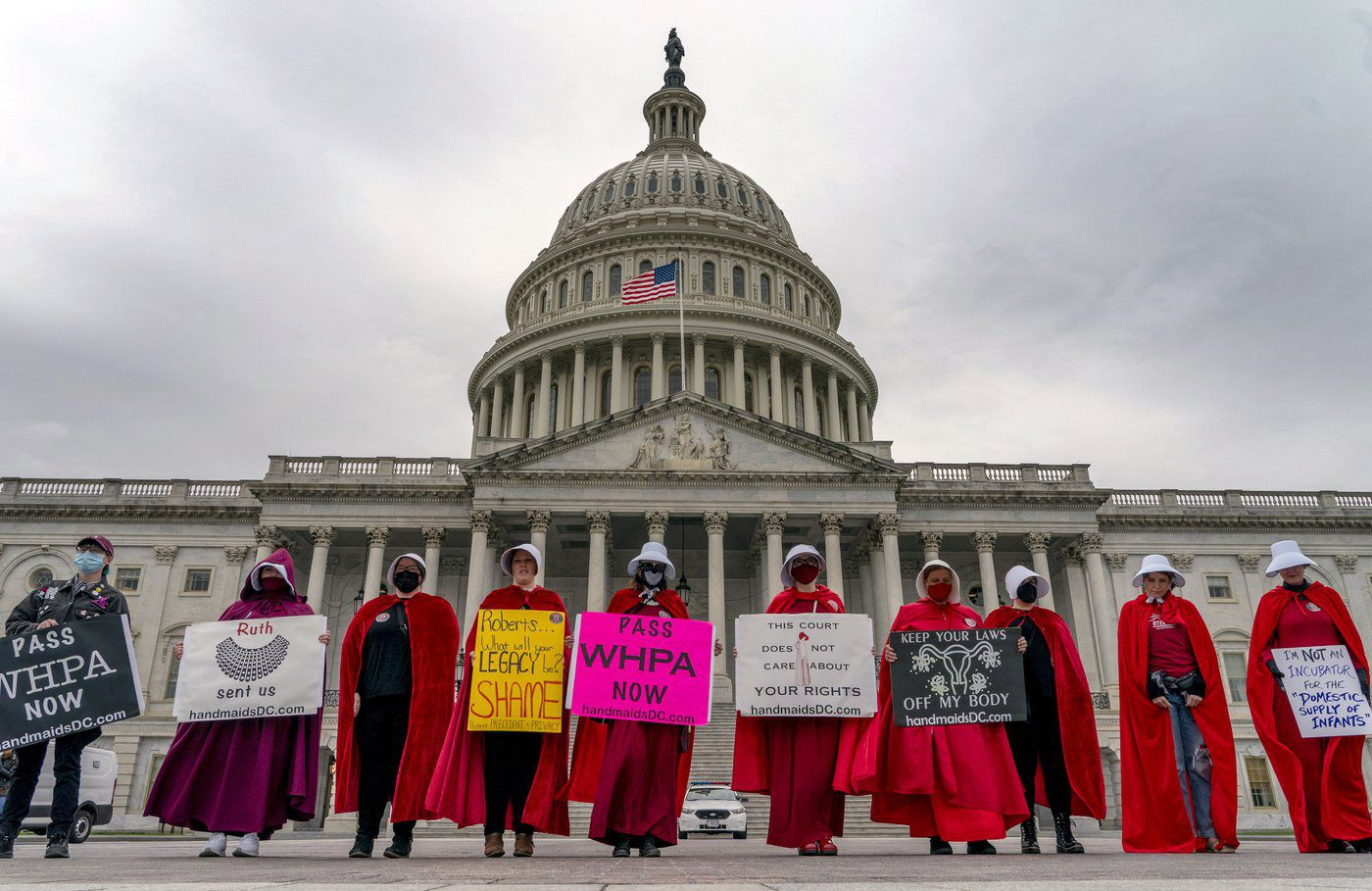 Abortion-rights protesters display placards during a demonstration outside the U.S. Capitol, on Sunday, May 8, 2022, in Washington. File photo by The Associated Press/Gemunu Amarasinghe
Previous story

As the United States faces turmoil over the possible overturning of the right to have an abortion, a new poll offers a picture of how Canadians feel about the issue.

About four in five respondents to an online survey by Leger and the Association for Canadian Studies said they are in favour of a woman’s right to an abortion if she so chooses, while 14 per cent said they are opposed.

Seventy per cent of all respondents said they were concerned about the leaked plan to overturn Roe v. Wade, and almost half said they think the situation in the U.S. on the right to an abortion may have an effect in Canada.

The online survey of 1,534 Canadians between Friday and Sunday cannot be assigned a margin of error because internet-based polls are not considered random samples.

"Is it the old adage that if the if the U.S. sneezes Canada gets a cold, that whatever happens in the States is bound to have an impact on Canada? That's always been sort of how we position ourselves against the U.S.," said Christian Bourque, Leger executive vice-president.

Bourque said the high level of concern is notable given the vast majority of Canadians say they support the right to choose to have an abortion.

"In Canada, whenever there's been attempts at reopening this debate, it was fairly quickly shut down. So why now would some people think that this would in some way launch this debate in Canada?" he said.

"It's not as if there was this overwhelming feeling that the views of Canadians were changing on the topic."

The right to an abortion doesn't exist in Canada in the same way it is enshrined in Roe v. Wade, the landmark 1973 decision that has served as a legal scaffold for reproductive rights champions around the world for nearly half a century.

Abortion is decriminalized in Canada because of a 1988 Supreme Court decision, but no bill has ever been passed to enshrine access into law and it's also not considered a constitutionally protected right under the Charter of Rights and Freedoms.

Most Canadians support the right to choose to have an #abortion: poll. #USPoli

"We know Canadians like to pay attention to U.S. politics but I think this shows really that there's a concern over this leakage of Supreme Court documents and what it's leading up to right now in the States," said Bourque.

About two in three survey respondents said the Canadian government should introduce a bill to protect the right to freely choose to have an abortion.

Many advocates fear that any effort to codify abortion access into law in Canada would risk triggering an erosion of those services. Limits on how late in a pregnancy an abortion can be performed are determined at the provincial or territorial level in Canada, and enforced by the medical community, not the courts.

Prime Minister Justin Trudeau's government sought to assure Canadians last week that it would protect access to a safe and legal abortion, though it was not entirely clear about how.

Trudeau said Health Minister Jean-Yves Duclos and Status of Women Minister Marci Ien are examining the “legal framework” to ensure “the rights of women are properly protected” under both the current and any future government.

The Liberals promised during the last election campaign to introduce regulations under the Canada Health Act to ensure that abortion services are considered medically necessary and publicly funded.

It is among the abortion-related election promises that have thus far gone untouched. The Liberals pledged a $10-million information portal on reproductive health and rights, but there was no mention of it in the federal budget last month.

A promised $10 million for youth organizations to “respond to the unique sexual and reproductive health needs of young people” has also yet to materialize.

This report by The Canadian Press was first published May 11, 2022

Canada can and must get out of fossil energy