Canada can and must get out of fossil energy 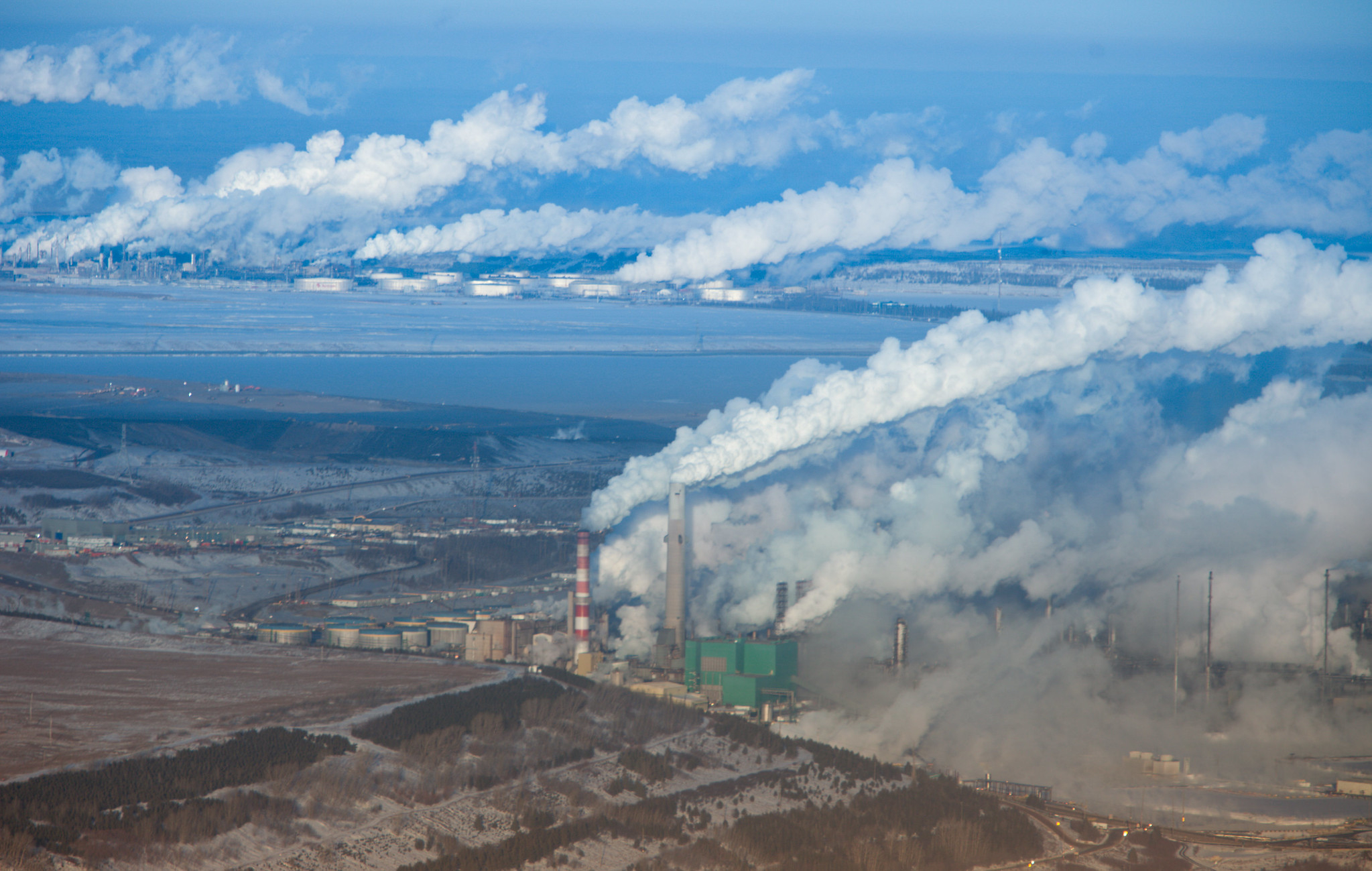 Despite some good plans and initiatives, Canada is shirking its international climate obligations. Its recent approval of the Bay du Nord offshore oil megaproject in Newfoundland and Labrador and its substantial investments in experimental carbon capture technology fly in the face of warnings from climate, economic and public health experts about the dangers of exploiting fossil fuel energy — while also raising doubt about its credibility in the fight against climate change.

The scientific evidence is indisputable: the harmful effects of oil, coal and gas extraction and combustion are ravaging the world.

To keep global warming from increasing to catastrophic levels, we must immediately put a stop to new fossil fuel projects, the International Energy Agency said in May 2021. The Intergovernmental Panel on Climate Change’s (IPCC) recent Sixth Assessment report corroborates this dire diagnosis.

Call of the law

The growing existential threat caused by exploiting fossil fuels and the inertia of governments to address the problem have inspired a broad social movement calling for a fossil fuel non-proliferation treaty, similar to the ban on nuclear arms.

Most of the world’s governments — 192 states and the European Union — have ratified the Paris Agreement, which calls for a fair transition and binding rules to adopt measures to reduce carbon pollution. Amid an explosive wave of climate litigation, courts in many jurisdictions have affirmed that national efforts are required to reduce greenhouse gas emissions. Under international law, states’ duties have been interpreted as requiring a halt to funding for new fossil fuel projects and a reduction in existing funding support within clearly set timelines.

Call of the economy

The IPCC report is also the latest study to offer conclusive proof of the ecological, human and economic costs of climate change.

One of the most important conclusions from all these studies is that the effort needed to halt climate change would cost far less than the long-term economic consequences of not acting.

In light of the overwhelming evidence, can the Canadian government force unco-operative provinces to join the climate effort?

Opinion: Despite some good plans and initiatives, Canada is shirking its international climate obligations, write @sabaaahmadkhan and @fdelorme. #cdnpoli #ClimateAction

In short, yes. And indeed, it should. International obligations and economic considerations call for an end to fossil fuel expansion.

But in the face of strong criticism for being lax on the industry, the federal government has argued that reducing emissions is compatible with expanding fossil fuel exploitation — the old principle of decoupling.

The federal government has also insisted it can’t interfere with provincial jurisdiction over natural resources and industry. However, imposing a binding limit on emissions from the oil and gas sector or a cap on the use of negative-emission technologies is actually well within its legislative powers.

The Supreme Court of Canada has already ruled that climate change is a matter of national interest, and emissions are not limited to provincial and international borders. And watch for more to come. Like climate science, the law is constantly evolving and constitutional interpretation by the courts is certainly not stagnant.

Recent legal and economic developments make clear that the federal government must stop supporting this polluting industry, which is a primary cause of the current climate crisis.

However, in its recent federal budget, it excluded any followup to its commitment to gradually eliminate oil and gas subsidies. Instead, it introduced a tax credit for carbon capture, mainly benefiting the industries responsible for the climate crisis so they can further expand fossil fuel exploitation.

The Bay du Nord approval? A continuation of the trend, demonstrating flagrant and unjustifiable inconsistency and the denial of scientific evidence.

When science, law, economics and public health require the elimination of hazardous products, governments must act for the common good, and they usually do.

Historically, equality and equity between parties in international environmental negotiations have been crucial for successful global ecological governance, as evidenced by the 1987 Montreal Protocol on substances that deplete the ozone layer. This international treaty, signed by 24 countries, was considered a tremendous success of international co-operation.

We need the same type of urgent co-operation on getting out of fossil energy.

While denial of the gravity of the climate emergency hasn’t gone away, it remains imperative that the international community eliminate fossil fuel production. The health and safety of human communities depend on abandoning this polluting energy source. It is literally an obstacle on the path to a livable future for our children, grandchildren and those yet to be born — it’s time we treat it as such.

Sabaa Khan is the David Suzuki Foundation’s director-general for Quebec and Atlantic Canada. She is an attorney member of the Barreau du Québec, specializing in international environmental and trade law.

I don't deny the gravity, I

I don't deny the gravity, I have followed CC since Kyoto, and as a well read senior understand where we are headed here in Western Canada as well as the world.
Here's the question? How can we end 77% of our end use energy which is now fossil fuels. This in a country which is the 3rd largest hydroelectric generator in the world. 30 years of deliberate advertising by the fossil fuel industry, the deliberate greewashing by our Canadian banks today makes our transition insurmountable. Plus we have conservative premiers who still fight any transition goal, and a potential conservative leader who would eliminate every regulation reducing CO2 emissions. And here in Alberta, my fellow seniors still doubt CC is even real

Fossil fuel production and consumption are two sides of the same coin. The largest complication arises when production and consumption occur in multiple jurisdictions. Limiting or ending new or existing production leads directly to closing the valve on consumption both domestically and in consuming nations. Closing the export valve on one side of a border while the import valve stays open on the other is impossible in an interconnected world without very large consequences to international relations, unless there is a readily available substitute on standby everywhere, not to mention government relief through transition policies, which are in a vacuum in North America.

That is the complexity of carbon dependence on this planet. Simply declaring that production must stop is not realistic unless a declaration is also made that consumption will be transitioned in parallel, and followed up with a more than adequate policy framework.

Economics may well work independently against new production irrespective of Trudeau's project approvals. Bay du Nord and oil sands works are categorized as expensive production projects. Oil price slumps, recessions, renewables and new electrical technologies on the consumer side have the capability to at least hinder investments into further expanding carbon production, and at best can turn these projects into stranded assets in a growing collection of sunset industries. But that takes time.

This is the make or break decade. Canadian climate policy is contradictory and weak at best and is outshone by the EU and other jurisdictions, mainly in the transition of consumption. But that doesn't mean that VW, Toyota, Hyundai, GM and a number of other car makers are not preparing to release a slew of affordable EVs by 2025 that have the capability to steal market share from carbon-heavy Bay du Nord and Alberta oil simply by greasing the wheel of decarbonization in world wide land transportation. It also doesn't mean that renewables and large-scale battery storage will slow its inexorable rise as a threat to fossil fuel hegemony by 2030.

The problem I have with Trudeau is his excellent talent to throw truckloads of good public money into bad private fossil investments, all accompanied by breathless platitudes about climate. We still have choices: strategic voting to limit his power as best as possible, move to Denmark, or change our own consumption habits and investments and write as many op-eds as possible on what a genuine transition plan really looks like.