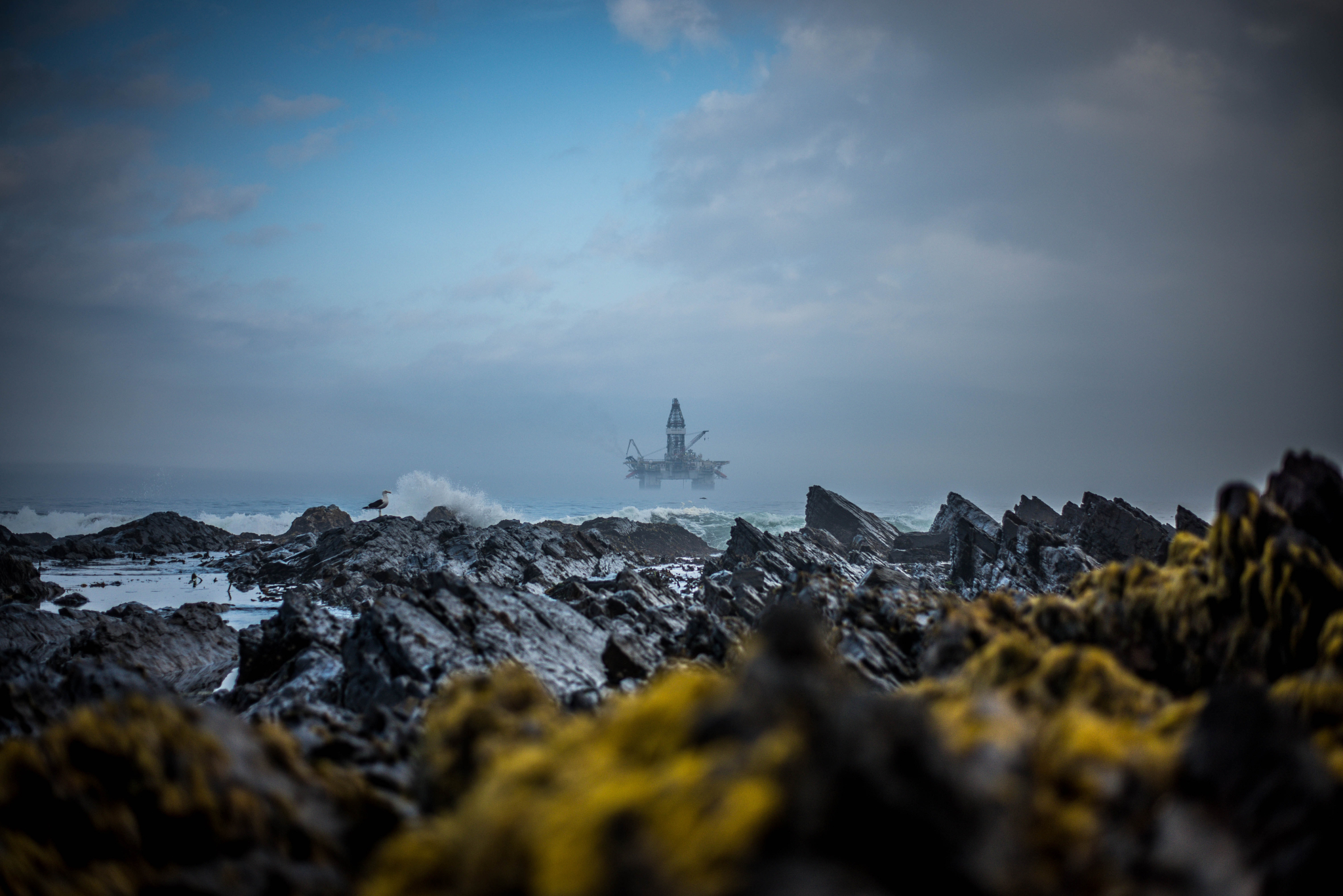 If Canada pays royalties to the contentious Bay du Nord oil development about 500 kilometres east of St. John's, it would be the first country in the world to do so. Photo courtesy of Clyde Thomas via Unsplash
Previous story
Next story

Last month, the federal government formally approved the contentious Bay du Nord oil development. However, there are still many hurdles for the project to clear, including final sanctioning.

A less discussed aspect of Equinor’s offshore, deepwater project is that it is outside the Canadian 200-nautical-mile limit on the extended Canadian continental shelf. The federal government is a signatory to the United Nations Law of the Sea, and this means that royalties can be paid to the International Seabed Authority if proponents wish to continue with the development of the project.

The Newfoundland and Labrador government has already said it will not pay the royalties. This means that either the federal government will have to pay for them or impose a levy on Equinor to do so. Equinor has said, “decision-making regarding the implementation of UNCLOS (United Nations Convention on the Law of the Sea) royalties rests with the Government of Canada.” If Canada pays these royalties, it would be the first country in the world to do so.

A subsidy by any other name

Arguably, if either level of government pays international royalty fees, it would be a subsidy to an oil company. That would be both a bad investment decision and terrible climate policy. The International Energy Agency has stated that the world already has enough oil to get us to net-zero by 2050 and that we could be at peak oil by 2025 based on current climate change agreements.

During the 2021 election, the Liberal Party of Canada committed to developing “a plan to phase out public financing of the fossil fuel sector, including from Crown corporations, consistent with our commitment to reach net-zero emissions by 2050.” The Liberals also committed to Canada accelerating on the G20 commitment to eliminate subsidies by 2025, promising to do so by 2023.

We need to rethink subsidies

Since 2019, research published by the International Monetary Fund (IMF) has argued that we need to broaden the definition of what qualifies as a fossil fuel subsidy in order to achieve efficient pricing. It maintains that governments should factor in the costs of climate change such as forest fires, flooding, health care and pollution into the money that counts as a fossil fuel subsidy.

Opinion: If Canada pays royalties for @Equinor's contentious Bay du Nord oil development off the Newfoundland coast, it would be the first country in the world to do so, writes @drlorileeoates. #BayduNord #FossilFuels #CdnPoli #ClimateCrisis

This research also found that when these indirect subsidies are included, Canada subsidizes fossil fuels to the amount of $60 billion annually. Even by narrow definitions, Canada’s oil sector is one of the most highly subsidized in the world. In 2020, even as global financial experts were recommending a green recovery in the face of the COVID-19 oil shock, Canada recovered oil at 10 times the G20 average.

More recent research published by the IMF maintains that globally, fossil fuels are subsidized to the tune of $11 million a minute. It is time to recognize this is not an industry that can survive without massive government support. This is as true in Canada as it is anywhere in the world.

We do not yet know what the Bay du Nord royalty regime will look like. Newfoundland and Labrador’s Industry, Energy and Technology Minister Andrew Parsons has said a public stake in Bay du Nord is still an option. If Equinor is asked to pay international royalties, there is a very good chance it will expect to deduct these royalties from the province’s portion of project revenue.

In 2021, Suncor threatened to pull out of the Terra Nova project in Newfoundland and Labrador and was granted an additional $500 million from government, including a reduction in provincial royalties. This was before Suncor returned $3.9 billion to shareholders at the year-end.

After the coronavirus oil shock, almost $1 billion was paid out to oil companies to keep the Newfoundland and Labrador industry going. Oil production revenue is projected to decline to 10 per cent of provincial revenue this year from its high of 32 per cent.

At some point, taxpayers are going to have to decide that the oil industry is a bad investment. The money should be put into a just transition, which would also have the advantage of saving the planet and positioning petro provinces to take part in the emerging global green economy. Now would be a good time to start.

Lori Lee Oates is an instructor in the Faculty of Humanities and Social Sciences at Memorial University of Newfoundland and Labrador. She is also a member of the editorial board of the Network in Canadian History and Environment (NiCHE). Her current research explores the imperial roots of the climate crisis and the political economy of oil.

I fully support what the

I fully support what the author is saying, even if my comments may suggest otherwise.

“It is time to recognize this is not an industry that can survive without massive government support.”

Could we add a qualifier as a recognition – not to say a “celebration” -- that, while still understanding what petroleum “hath wrought”, and continues to inflict, on the planet and all that resides here, that the energy inputs of petroleum (and coal) fueled the development and growth (different things) of human society?

“It is time to recognize this is not an industry that can survive, IN IT’S CURRENT FORM, without massive government support.”

I’m not suggesting that we, in any way, deify the petroleum industry, much as I believe that CAPP would encourage all Canadians to genuflect towards Calgary, in a meaningful manner, several times each day.

Such distortions are widespread not just within the fossil fuel industry. Another blatant example is the film industry which craftily plays region against region seeking lowest possible costs -- although I don’t believe the US navy has a fleet dedicated to supporting Hollywood (though I note that film producers have recently taken to add, to the credits, a number of jobs ostensibly created during the production). Similarly, companies in the digital – i.e. can exist (almost) anywhere – economy, e.g. Amazon, seek to wring what they can from perplexed, fearful or, simply, bought-and-paid-for politicians and civil servants.

Newfoundland has an ongoing challenge, it seems to me, in trying to achieve a robust, self-sustaining economy. From depleted fisheries, to hot house cucumbers and poorly executed hydro megaprojects, it hasn’t had a great run. In my understanding (I stand to be corrected) to the contrary, Danny Williams did manage to stare down the Voisey's Bay mineral extractors to wring out, for the province, meaningful resource royalties. All, it seems, is not lost.

“If Equinor is asked to pay international royalties, there is a very good chance it will expect to deduct these royalties from the province’s portion of project revenue.”

Continuing my theme, this is always a part of the calculus for new business and, inevitably in accordance with Canadian norms, the proponents will play off against each other the different levels of government (provincial/federal) and the regionality (nasty central Canada vs aspiring point of first Canadian sunrise and place of quaint folk song).

Climate change and its “solutions” are, IMO, being made overwhelmingly complex, likely with the assistance of the oil patch’s communications wizards: obfuscation is very good for business-as-usual.

My solution (I’m glad you asked!) is an economy-wide cap on emissions (yes, do away with carbon taxes), wind down clear subsidies (e.g. CCUS and lax environmental rules/enforcement as opposed to, say, the subsidy that is universal healthcare), and let the owners of the capital decide whether extracting more oil is worth it.