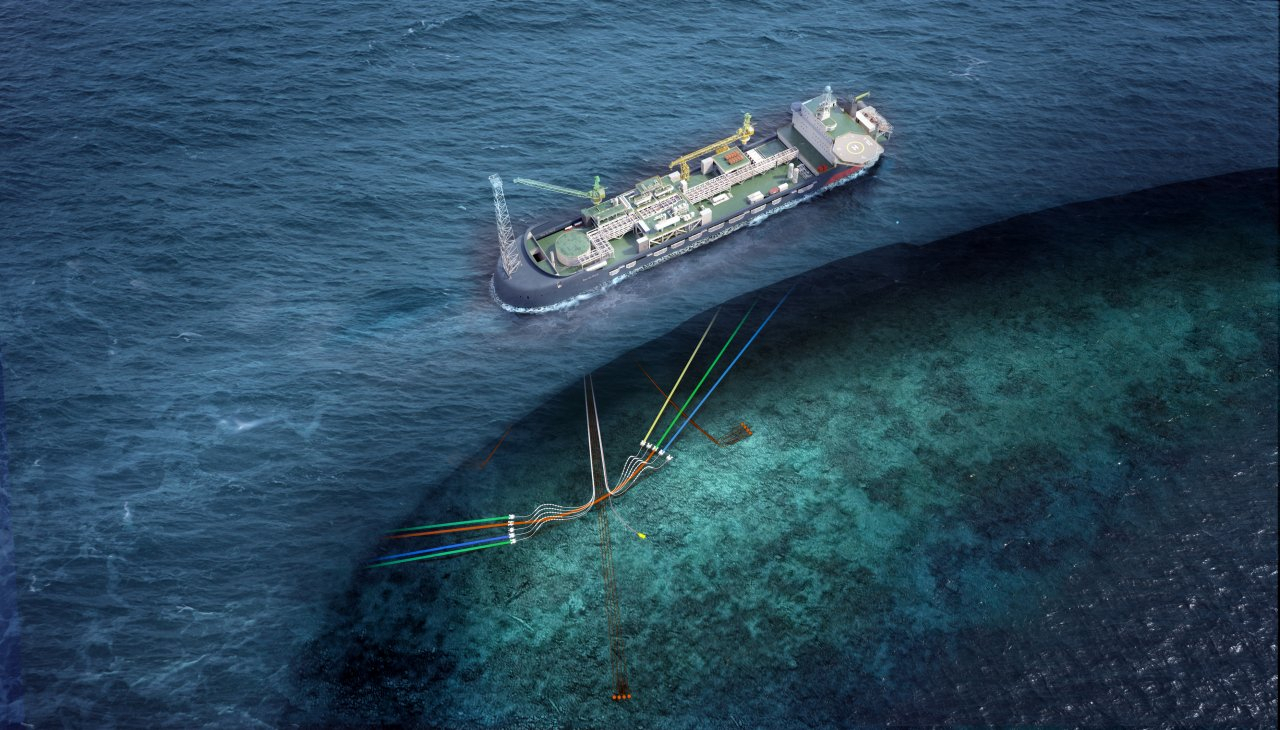 A rendering of the Bay du Nord project off the coast of Newfoundland and Labrador. Image courtesy of Equinor
Previous story
Next story

That same day, Environment and Climate Change Canada (ECCC) announced the requirement would also apply to all future oil and gas developments.

Those opposed to all new fossil fuel developments were quick to point out that calling any oil and gas project net-zero is misleading. Even if companies could make their products without any emissions, which so far none have, all oil and gas produce emissions when burned.

So-called Scope 3, or tailpipe emissions, are not accounted for in the government’s calculations, therefore the very definition of net-zero “does not stand up to the facts,” Angela Carter, an associate professor at the University of Waterloo and a member of the Newfoundland and Labrador government’s Net-Zero Advisory Council, told Canada’s National Observer.

She noted N.L., along with Canada as a whole, is not on track to meet its climate targets, and new oil and gas development will further hinder those goals.

Although the operation of Bay du Nord will emit less carbon than its oilsands counterparts during production, once that oil is burned, the emissions are all the same, she noted.

Bay du Nord will be operated by Norwegian energy giant Equinor and its partner company Husky, and includes numerous exploration and discovery licences, the creation of a floating oil production station and the drilling of up to 40 wells in the Flemish Pass Basin. It won final approval April 6.

The lion’s share of emissions from any project, no matter how clean it is during the production stage, are released when oil is burned. Canada’s National Observer columnist Barry Saxifrage did the calculations — on average, Scope 1 and 2 emissions (which happen during production) emit 65 kilograms of carbon dioxide (kgCO2) per barrel of oil, whereas Scope 3 emissions average 430 kgCO2/barrel, or around 87 per cent of the total emissions that come from oil.

He also did the math specifically for Bay du Nord. Equinor plans to extract 200,000 barrels a day from the project, which would add 30 million tonnes of CO2 (MtCO2) to the atmosphere each year it’s burned. During production, the offshore project will emit carbon dioxide at about one-eighth the rate of Suncor's proposed Base Mine expansion in northern Alberta at the Scope 1 stage, which Guilbeault recently called out for being too high.

So-called Scope 3, or tailpipe emissions, are not accounted for in the government’s calculations, therefore the very definition of net-zero “does not stand up to the facts,” said @AngelaVCarter about #BayduNord.

Nonetheless, the federal government justifies approving Bay du Nord by promising Equinor will be required to track its progress in cleaning up emissions and eventually reach net-zero during the extraction phase.

Oliver Anderson, director of communications for ECCC, pointed to the new rules that require oil and gas projects undergoing environmental assessment to be net-zero by 2050 as a major step forward for the approval process.

“Consumption emissions are usually accounted for separately. We usually count those in all the other areas of our emissions profiles — transportation, electricity,” he said.

“And so the government, at the same time, is doing a lot and investing a ton and will continue to transition into cleaner energy.”

However, if the oil is exported, it won’t be counted in Canada’s emissions data at all.

The specifics of how Bay du Nord will reach net-zero are still up in the air, but Anderson said carbon capture and reducing methane leakage are both good examples of how that could be achieved.

The controversial carbon capture investment tax credit was the biggest-ticket climate item from last week’s budget, with the Liberals putting $2.6 billion over five years toward projects that store carbon dioxide underground or in concrete. In March, over 30,000 people called on the federal government to stop funding carbon capture, noting that “despite decades of investments, current (carbon capture) capacity is just .001 per cent of global emissions.”

Environmental groups such as the Climate Action Network said they were hoping for more money towards a just transition away from oil and gas and tangible emission cuts for the sector.

“This budget is a failed attempt to respond to the urgency of the moment. The climate and energy security crises require a vision and a transition plan that prioritize the needs of people and communities everywhere,” said Eddy Pérez of Climate Action Network Canada.

“... Minister Freeland has announced that Canada still intends to keep the fossil fuel industry in the driver’s seat by giving them expensive tax credits instead of using those funds to invest in a safe, sustainable future.”

Again, Carter stressed the most recent IPCC report, which said transitioning to renewable energy such as solar and wind is essential in reducing emissions. On the same day as the Bay du Nord approval, it was announced the N.L. onshore wind farm ban would be lifted, and that the potential for offshore wind was on the table. Wind potential in the province has been called “remarkable” — it has some of the strongest winds in North America.

“We know based on the analysis from the IPCC ... that there's simply no room in the carbon budget for any more new projects,” said Carter.

This story was updated to include clarification on NL's wind farm ban.

"Investing in new fossil fuels infrastructure is moral and economic madness. Such investments will soon be stranded assets — a blot on the landscape and a blight on investment portfolios."
— UN Secretary General Antonio Guterres

“We know based on the

“We know based on the analysis from the IPCC ... that there's simply no room in the carbon budget for any more new projects,” said Carter.

Science isn't being defied because the laws of physics are unassailable. It's being denied and / or wilfully ignored.

This is possible only because governments have been captured and sequestered under the wings of industry through corporate political support and lobbying (we'll bring 10,000 jobs to your province / nation if you approve our project ...) and money. In the most egregious examples like Alberta, key government ministries are subsidiaries of industry where private executives are exchangeable with public cabinet positions, and where industry writes the crib sheets from which energy and environmental regulations are derived. Government capture was one of the industry's most successful investment policies.

Those of us in a quandary of just who to vote for during this fast oncoming age of climate change should pause and look at the economic side. Consumers do not contribute to emissions unless they burn fossil fuels, so the onus seems to be shifting from vacuous politicians issuing platitudes to encouraging demand destruction through consumer electrification, namely by acting locally and investing globally. Cities are also way ahead of senior governments on the climate file even though only 8 cents on the dollar from all tax revenues generated by their urban economic engines are returned.

Note also that Vestas Wind was ranked #1 on the Corporate Knight's top 100 ESG investments, and wind + solar are orders of magnitude cheaper and easier at scale to reduce emissions than lame-brained investments, tax breaks and approvals for things like horrendously expensive and troublesome projects like CCUS and deep sea oil extraction. Offshore (barring iceberg alleys) and onshore wind have a big future in Newfoundland and Labrador once they can export it through undersea cables to NS, NB and the US eastern seaboard. It will be blessed irony to see Bay du Nord eventually be abandoned while wind turbines continue cranking in ever greater numbers.

Bay du Nord could very well be a stranded asset in the making as electrification, energy efficiency, cheaper renewables and grid-scale banks of batteries and carbon taxes continue to erode fossil fuel demand, and that will be in spite of political policy. If you're waiting for an EV stuck in supply chain hell, then concentrate on furnaces, insulation, windows, walking, biking, climate investing and voting for city councillors who are pro-transit and pro-smart growth.

thanks for the effort tomsay

thanks for the effort tomsay all that. It is exactly what I think too!