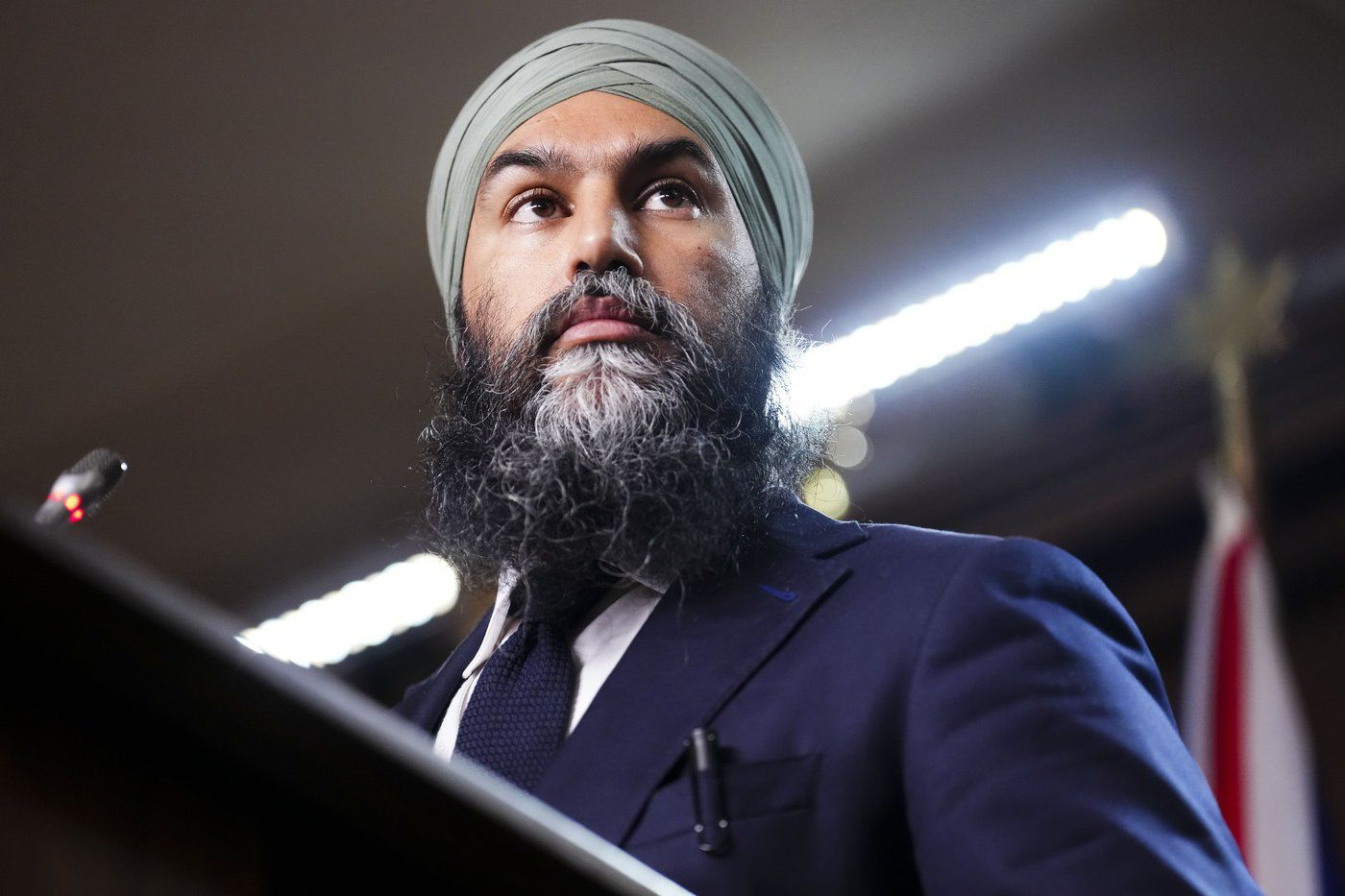 Police are investigating after a video circulated on social media showed people hurling verbal abuse at NDP Leader Jagmeet Singh during a protest in Peterborough, Ont., this week.

The federal NDP leader had dropped by the campaign office for Jen Deck, the Ontario NDP candidate for Peterborough-Kawartha in the provincial election, on Tuesday afternoon.

A video shows Singh encountering protesters as he left the campaign office, who can be heard shouting expletives at him and calling him a "traitor" as he gets inside a vehicle.

Tim Farquharson, the acting chief of the Peterborough Police Service, said Thursday that police are "actively investigating" after receiving a complaint.

"Anyone seeing the video should find it disheartening, morally unacceptable and lacking the respect each resident and visitor deserves," he said in a video posted to YouTube.

"Thank you to all who have stepped up to say that.

“To those involved in this incident and other forms of harassment, intimidation, and in some cases hate incidents or hate crimes in the communities we police, your actions and belief systems are reprehensible, unconscionable and in some cases criminal,” Farquharson said.

Police also encouraged anyone with more video or information to come forward.

Singh told reporters Thursday that he found the experience "intense, threatening (and) insulting" but that he is more worried about what it means for politics in general.

Thank you to everyone that has reached out to me after yesterday’s incident in Peterborough.

Here are my thoughts and reflections: pic.twitter.com/Oz81q0S5du

"It doesn't faze me, it doesn't shake me in any way, but I am worried about what that means for politics generally, what that means for people who want to participate and see something like that and then maybe think 'It's not a place for me,' and how we might miss out some incredible people who won't come forward and participate in politics," he said outside the House of Commons.

"I've experienced a lot of this kind of hatred and being physically attacked, even when I was younger, and I've learned to defend myself and taken martial arts, but that shouldn't be the requirement, that you've got to be physically fit and skilled in defending yourself to be a politician or a leader," he said.

"That to me is completely wrong and problematic and that's what I'm worried about."