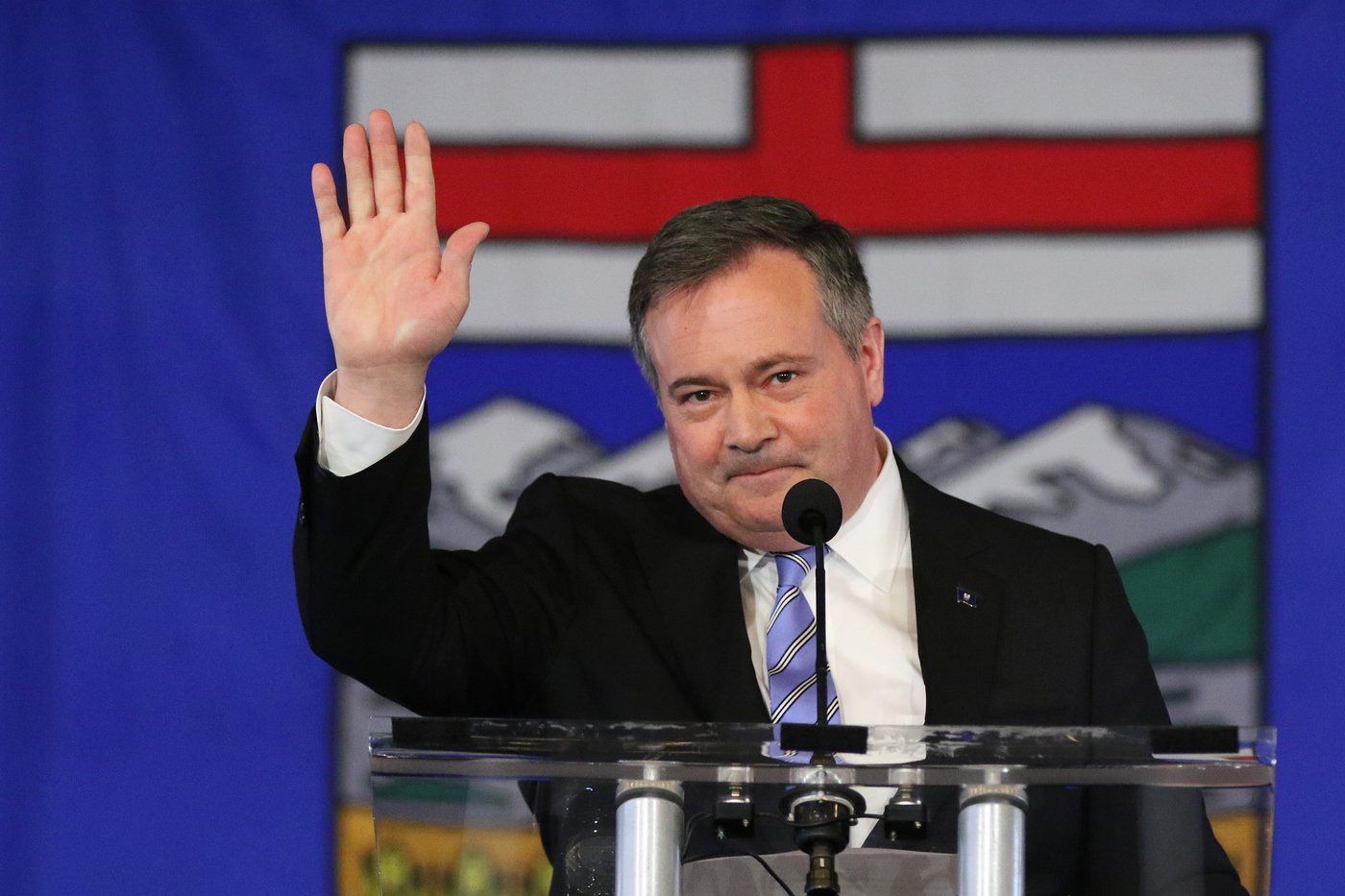 Alberta Premier Jason Kenney speaks in response to the results of the United Conservative Party leadership review in Calgary on on Wednesday, May 18, 2022. File photo by The Canadian Press/Dave Chidley
Previous story

Alberta Premier Jason Kenney, one day after announcing he was stepping down for the good of his United Conservative Party, will stay on until a new leader is chosen.

“The United Conservative caucus had a vigorous discussion and debate about the future of our party and our government,” Neudorf said in a statement following an all-day meeting at McDougall Centre in Calgary.

“We agreed that we must remain united, focused on the best interests of Albertans and committed to doing the job Albertans elected us to do.

“In that spirit, we have affirmed Premier Jason Kenney’s continued leadership of our caucus and government until such time as a new leader is chosen, the timing of which will be determined by the United Conservative Party.”

Kenney did not issue a statement or speak to reporters but tweeted out a letter he sent to the UCP stating he will step down once a new leader is picked.

No caucus members came out to talk to the media after the meeting.

Earlier Thursday, some of Kenney’s caucus critics called for him to step down immediately to help heal divisions wracking the party.

“The healing process can’t start until Jason Kenney leaves. He knows that. We know that and we need to start the renewal process of the UCP," said backbencher Brian Jean.

Leela Aheer, who was kicked out of Kenney’s cabinet last year after criticizing him for his handling of the COVID-19 pandemic, said: “You need a team player who is going to bring folks together, because there has obviously been a lot of division.”

Todd Loewen, a former UCP backbencher voted out of caucus a year ago for openly demanding Kenney resign, said the decision to keep Kenney on is a slap in the face to the thousands of party members who voted for party renewal in the leadership review.

“He remains in control of the party even though members rejected him.”

Kenney announced his departure Wednesday night after receiving 51 per cent support in a mail-in ballot of party members. The total was enough for him to technically stay in the job, but Kenney said it was not enough to maintain confidence and quell disharmony in the ranks.

His press secretary, Justin Brattinga, said shortly after that Kenney would remain as party boss until an interim leader was chosen.

“The drama and the infighting that has plagued this UCP is not over,” said Notley. “(Kenney’s resignation) is the starting gun for more chaos and more distraction.”

Kenney is the fourth conservative Alberta premier in the last 16 years to step down following a low endorsement vote from party members.

Kenney has said anger from party and caucus members over decisions he made to limit personal liberties during the COVID-19 pandemic ignited the anger against him and led to the underwhelming vote of support in the review.

Opponents have said the dissatisfaction was not just over COVID-19 policies but also over Kenney's management style, which they deemed to be top-down, dismissive and undemocratic.