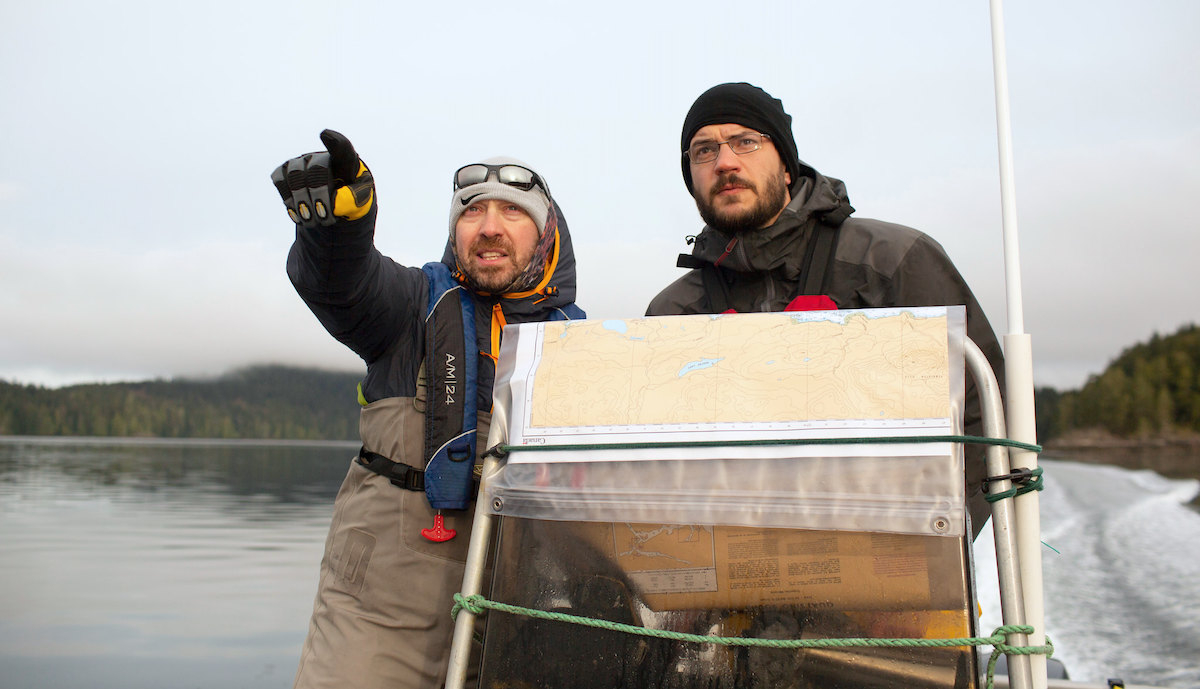 Young Fraser River sockeye salmon migrating past fish farms in the Discovery Islands were more than 12 times more likely to carry a potentially harmful bacteria, Tenacibaculum maritimum, than in other areas, according to a study published in the Canadian Journal of Fisheries and Aquatic Sciences.

Researchers relied on genetic screening tools to identify a pattern of exposure to the bacteria, which can trigger disease that causes body lesions and fin rot among a wide range of fish and mouth sores in farmed Atlantic salmon.

“Given the severity of associated disease in related species and the imperilled nature of Fraser River sockeye, our results reiterate the need for a more precautionary approach to managing interactions between farm and wild salmon,” said primary author Dr. Andrew Bateman, who is also manager of the salmon health program at the Pacific Salmon Foundation (PSF).

A second study has determined the piscine orthoreovirus (PRV) and the T. maritimum bacteria were the top two pathogens to negatively impact the body condition of wild chinook and coho salmon.

In particular, PRV negatively impacts the survival of chinook salmon in the fall and winter, said lead author Arthur Bass, a researcher at the University of British Columbia.

“This is the first empirical evidence that PRV is negatively impacting wild Pacific salmon in B.C.,” Bass said, adding there has been ongoing debate about whether the virus is actually a problem for wild stocks.

High loads of the bacteria or virus have a tendency to result in skinnier fish relative to body length, a condition associated in fishery science to poorer health, he said.

The results were determined using data generated by the Strategic Salmon Health Initiative and assessed dozens of pathogens in thousands of chinook and coho salmon sampled over a decade along the B.C. coast, he added.

Both studies are being published just as federal Fisheries Minister Joyce Murray faces a looming decision about the renewal of B.C. salmon farm licences at the end of June and her mandate to transition away from open net-pen salmon farms by 2025.

Murray has also declared a commitment to continue the permanent closure of the Discovery Islands fish farms by that same deadline. However, a recent Federal Court ruling found the ministry contravened the right of procedural fairness owed to fish farm companies.

The two newest scientific studies contribute to the evidence that supports a need to transition away from open net-pen salmon farms, said Jason Hwang, a vice-president of the Pacific Salmon Foundation.

But a precautionary approach to protecting the plummeting wild salmon stocks needs to be paramount, despite the fact there are multiple factors influencing their decline, he said.

“We need to prioritize the health and recovery of wild salmon and address the risks that we can control.

“We should not leave the risk and transference of disease … out there for our wild salmon to deal with.”