US, Germany agree to boost cooperation on clean energy shift 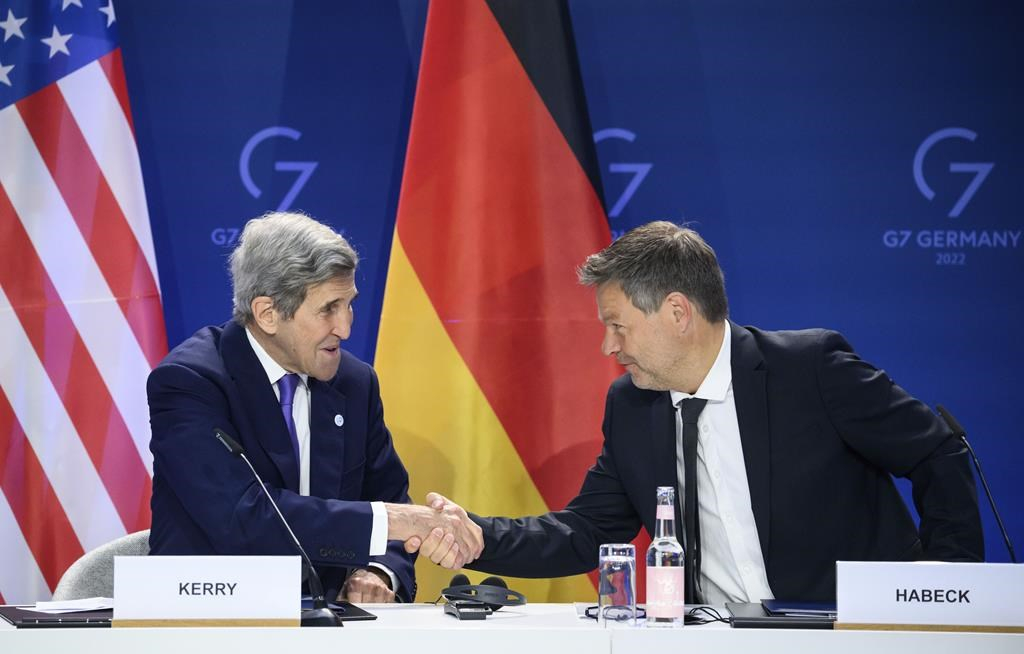 The United States and Germany signed an agreement Friday to deepen their cooperation on shifting from fossil fuels to renewable energy in an effort to rein in climate change. (Bernd von Jutrczenka/dpa/dpa via AP)
Previous story
Next story

The United States and Germany signed an agreement Friday to deepen their cooperation on shifting from fossil fuels to renewable energy in an effort to rein in climate change.

The deal will see the two countries work together to develop and deploy technologies that will speed up that clean energy transition, particularly in the area of offshore wind power, zero−emissions vehicles and hydrogen.

U.S. climate envoy John Kerry said both countries aim to reap the benefits of shifting to clean energy early, through the creation of new jobs and opportunities for businesses in the growing market for renewables.

Such markets depened on common standards of what hydrogen can be classified as “green,” for example. Officials will now work on reaching a common definition to ensure hydrogen produced on one side of the Atlantic can be sold on the other side.

Germany’s energy and climate minister, Robert Habeck, said the agreement reflected the urgency of tackling global warming. Scientists have said steep emissions cuts need to happen worldwide this decade if the goals set in the 2015 Paris climate accord are to be met.

“Time is literally running out,” Habeck said, calling climate change “the challenge of our political generation.”

The U.S.−German agreement was signed on the sidelines of a meeting of energy and climate ministers from the Group of Seven wealthy nations.

The group was expected to announce a series of new commitments later Friday on tackling climate change, including a common target for phasing out the burning of coal for electricity and ramping up financial support to poor countries affected by global warming.

Coal is a heavily polluting fossil fuel that’s responsible for a fifth of global greenhouse gas emissions caused by humans.

#US, #Germany to boost cooperation on shift to #CleanEnergy. #USPoli #ClimateAction

G−7 members Britain, France and Italy have set deadlines to stop burning coal for electricity in the next few years. Germany and Canada are aiming for 2030; Japan wants more time; while the Biden administration has set a target of ending fossil fuel use for electricity generation in the United States by 2035.

Setting a common deadline would put pressure on other major polluters to follow suit and build on the compromise deal reached at last year’s U.N. climate summit, where nations committed merely to “phase down” rather than “phase out" coal — with no fixed date.

Habeck said the issue could be carried forward to the G−7 leaders summit in Elmau, Germany, next month and then to the meeting later this year of the Group of 20 leading and emerging economies, who are responsible for 80% of global emissions.

Getting all G−20 countries to sign on to the ambitious targets set by some of the most advanced economies will be key, as countries such as China, India and Indonesia remain heavily reliant on coal.

There is also pressure for rich countries to step up their financial aid to poor nations ahead of this year’s U.N. climate meeting in Egypt. In particular, developing countries want a clear commitment that they will receive funds to cope with the loss and damages suffered as a result of climate change.

Wealthy nations have resisted the idea for fear of being held liable for costly disasters caused by global warming.