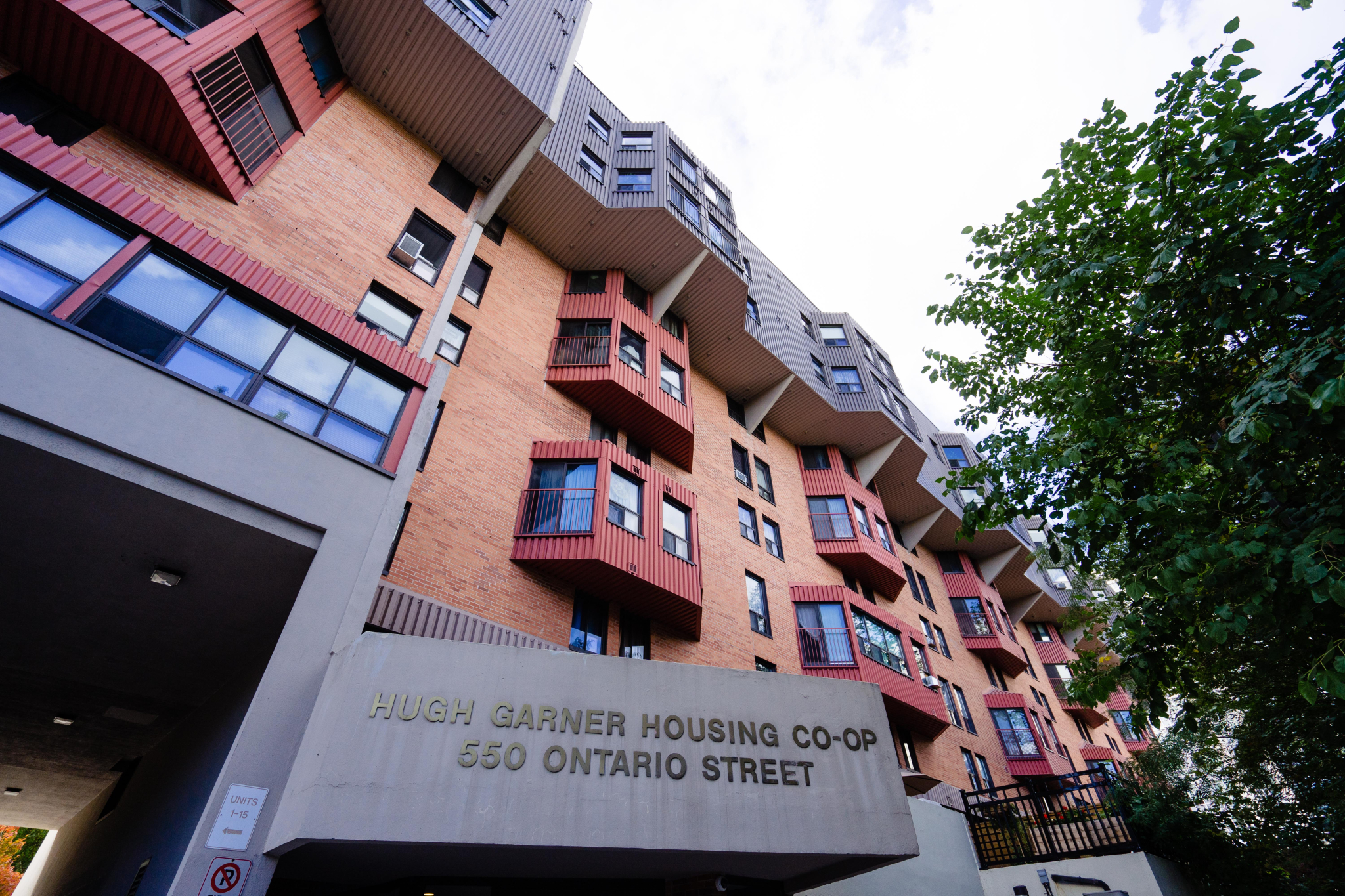 Hugh Garner Housing Co-operative in Toronto. Most people are looking for housing that is affordable, secure and part of a community. Co-operative housing fits this bill. Photo by Zoë Gemelli for CHF Canada
Previous story

Much public conversation is rightly focused on housing supply and how building more homes will help address the housing affordability crisis. This is unlikely to be true for everyone, especially those with low and moderate incomes and/or those who are part of equity-seeking communities. The nearly one in five Indigenous households who live in housing that’s either unaffordable, overcrowded or needs major repairs are unlikely to benefit from a general increase in supply.

The housing market — even with more supply coming online — continues to exacerbate inequalities that existed under the surface long before the pandemic brought them to light. Economic disparities between homeowners and renters continue to grow. And even when renting is the only affordable option compared to homeownership, it often isn’t secure. Renovictions, demovictions and ownership changes that result in eviction are all too common. More supply in a general sense is unlikely to significantly change these troubling dynamics.

So what is the right kind of supply? Arguably, it’s what most people are looking for: housing that is affordable, secure and part of a community.

And we think co-operative housing fits this bill.

Co-op housing is affordable. This is because the vast majority operate on a not-for-profit basis, resulting in smaller year-over-year rent increases. And because co-ops are often mission-driven, their rents will be affordable forever and generally able to become even more affordable over time. Co-ops also create mixed-income communities, where a portion of homes are dedicated to low-income households and monthly rent costs are geared to household income.

Co-op housing is secure. Canadian renters are stressed because they have less and less control over their housing as renovictions become the norm. Some provinces hesitate to adopt or strengthen rent controls. Paycheques are not going as far as they once did. Co-op housing empowers people. Co-ops make decisions through democratic processes that engage all members.

Co-op housing is inclusive. Research indicates that having control over your housing encourages people to develop organizational skills and increase social ties, effectively building a sense of community and belonging.

Most co-op housing that exists in Canada today was built between the 1970 and the 1990s through robust and dedicated federal funding. When that funding dried up, so did the building of co-ops.

But change is on the horizon. In April, the finance minister tabled a housing-focused budget that embraced co-ops once again as a key way to address the housing crisis. Budget 2022 commits to a new Co-operative Housing Development Program, with $1.5 billion in grants and loans for co-op construction. This is the first dedicated investment in co-operative housing in more than 30 years. With 6,000 new homes anticipated through this program, the co-op housing sector is excited to get to work and bring new secure, affordable homes to cities and towns across the country.

We anticipate that a portion of these new co-op homes will be dedicated to Indigenous individuals and families, and that’s important. But it’s not nearly enough. The new co-op program should operate alongside a robustly funded Urban, Rural and Northern Indigenous Housing Strategy, which is a program that would be Indigenous-led, with dedicated funding and capacity building delivered by and for the Indigenous housing sector.

Most people are looking for housing that is affordable, secure and part of a community. Co-operative housing fits this bill, writes @TimoRoss. #VoteHousing #coop #families #cdnpoli

The budget only offered modest funding for this strategy and no details on the delivery mechanism. But this type of supply, too, is urgently needed. This strategy, with real funding and enabling governance behind it, can be an important component of how we address our collective history of colonization where Indigenous people have been dislocated from their homes and land for generations.

As the co-op housing sector begins a co-design process with the federal government to ensure the Co-op Housing Development Program leads to the best and fastest results, we do so learning from our experiences with earlier federal programs.

We do so also reflecting on how today’s housing market is different than in the earlier era. With this in mind, we think the co-op housing program should focus on scale, support acquisition alongside development, and enable the co-op housing sector to lead the way. The program should prioritize communities that need affordable, secure co-op housing the most, especially equity-deserving communities. It should roll out alongside a robustly funded Urban, Rural and Northern Indigenous Housing Strategy. And most of all, it should be the first step.

A modern housing mix needs to include more options. The co-op sector is excited to start to build the next generation of co-op housing. We have done it before and we will do it again.

Tim Ross is the executive director of the Co-operative Housing Federation (CHF) Canada. CHF Canada is the national voice of co-operative housing, representing 2,200 housing co-operatives, home to a quarter of a million people in every province and territory. Co-operative housing is a well-documented success story. For over 50 years, co-ops have provided good-quality, affordable housing owned and managed by the community members who live there.

Housing crisis in Ontario worse than ever, Gen Squeeze says