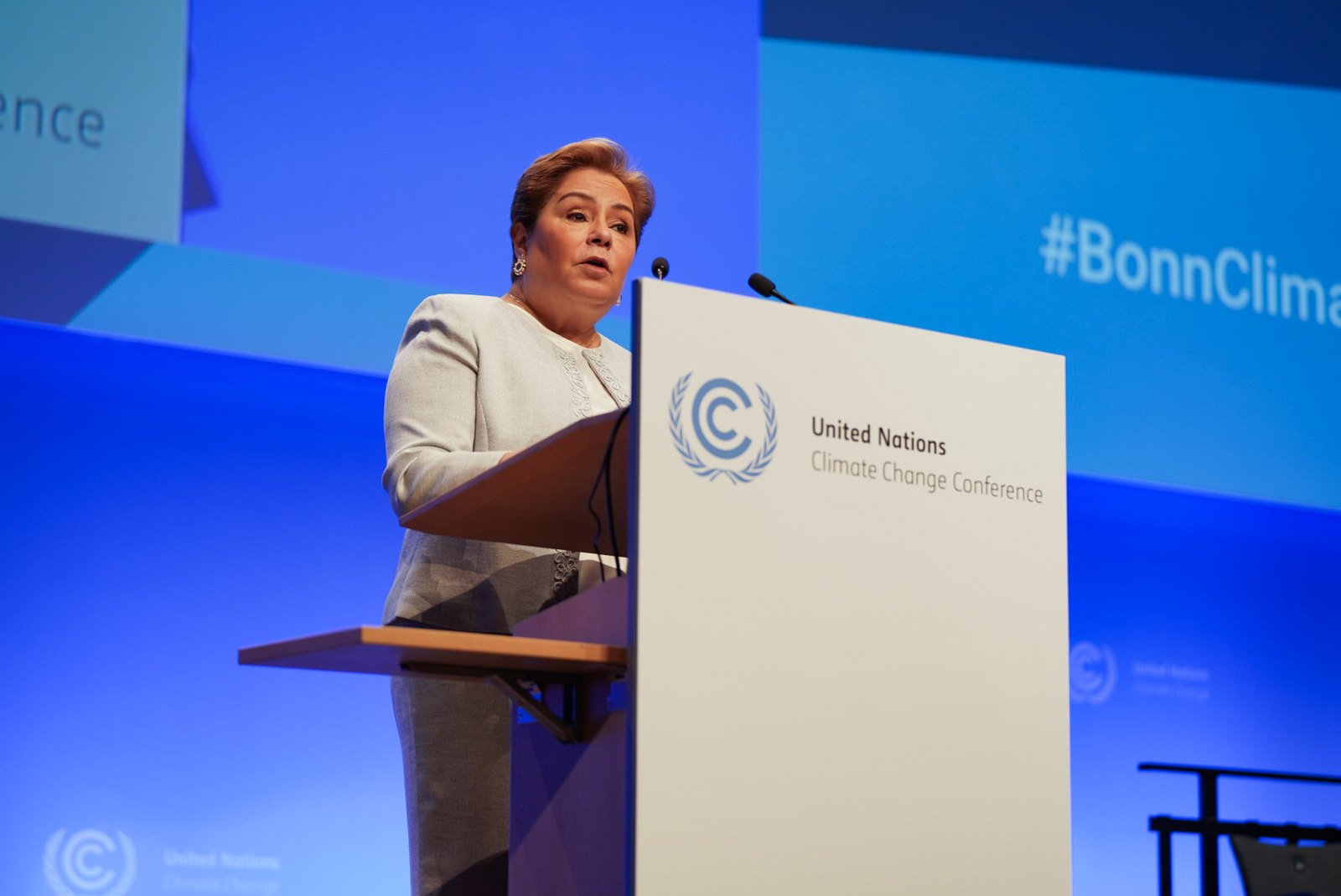 Delegates walked out of a session at a climate summit in Bonn on Monday as a Russian official made a speech, in a sign of the geopolitical tensions overshadowing the negotiations.

The low-key protest marked the first intervention by Russia in a UN climate forum since the invasion of Ukraine, but it did not stop the talks.

Climate diplomats and experts said governments must not use geopolitical tensions and soaring energy prices as an excuse for falling behind on their climate commitments.

These are the first UN climate negotiations since Russia invaded Ukraine, and the first since the COP26 summit in Glasgow in November ended with countries pledging to reconvene this year with strengthened commitments on cutting greenhouse gas emissions.

Patricia Espinosa, the UN’s climate chief, warned: “Climate change is not an agenda we can afford to push back on our global schedule. We need decisions and actions now, and it is incumbent on all nations to make progress in Bonn.”

With less than six months to go before COP27 in Egypt this November, few countries are yet planning to update their plans on emissions cuts — known as nationally determined contributions (NDCs) — in line with the goal of limiting global temperature rises to 1.5 C above pre-industrial levels, as they agreed to do in Glasgow.

Artur Runge-Metzger, a former EU chief negotiator and now a fellow of the Mercator Research Institute on Global Commons and Climate Change in Berlin, told The Guardian: “Countries will use Bonn to show where they stand, what their priorities are ahead of COP27, and they must address the ambition gap [between the pledges made at COP26 and those needed to hold to 1.5 C].

“Everyone knows that coming out of Glasgow, the 1.5 C goal was not 100 per cent accomplished — it was a big step forward, but there is still a gap remaining.”

If fulfilled, the pledges on emissions cuts would result in a temperature rise of less than 2 C, the first time this milestone has been reached. However, that is still a long way adrift of the 1.5 C threshold countries have agreed to target. Analysts said tougher pledges were urgently needed.

Bill Hare, the chief executive of Climate Analytics, warned: “The world appears to be sleepwalking to disaster. Governments appear to think taking more action is too hard. What will be more difficult is dealing with a 3 C world. Already this year, we’ve seen horrific impacts, like the heat wave in India and Pakistan, and floods in the same region. This is just the beginning.”

Many countries have scope to take more action, particularly as soaring energy prices have forced them to reconsider their energy security. Niklas Höhne of the NewClimate Institute said: “The EU could take the lead as it is already set to overachieve its renewables targets. It would be good to see at least one big emitter step up and … bring others along.”

On current policies and measures, the world would reach at least 2.7 C and potentially 3.6 C. The three living former UN climate heads made a rare joint statement in The Guardian last week, pointing out this “implementation gap” and criticizing countries for failing to translate their promises into policy.

Espinosa also called for action in Bonn. “COP27 in Egypt needs to focus on implementation. Nations must show how they will, through legislation, policies and programmes, and throughout all jurisdictions and sectors, begin putting the [2015] Paris Agreement to work in their home countries,” she said.

The fortnight-long Bonn talks are unlikely to produce any breakthrough or firm resolutions but are an opportunity for countries to iron out details left over at Glasgow and set out plans on their key priorities for COP27 in Sharm el-Sheikh.

Observers will be watching keenly to judge the atmosphere at the talks, and whether countries are willing to co-operate, despite the worsening geopolitical tensions around the Ukraine war, economic and social instability as a result of the COVID-19 pandemic, and high energy and food prices.

At Glasgow, negotiators finally put the seal on the Paris rulebook, the set of instructions and accords needed to put the 2015 agreement into operation. Those complex technical issues, which also involved difficult political conundrums such as whether to allow countries to use carbon trading to meet their emissions goals, have occupied thousands of hours of negotiating time. Now, countries should, in theory at least, have cleared much more space at Bonn and in Egypt for negotiators to grapple with the substantive issues, such as emissions cuts.

However, thorny problems remain, including the protection of the world’s forests, the means of providing finance for poor countries to adapt to the impacts of climate breakdown, and the vexed question of loss and damage, which refers to the types of catastrophic damage that cannot be adapted to, and for which poor countries will need particular help.