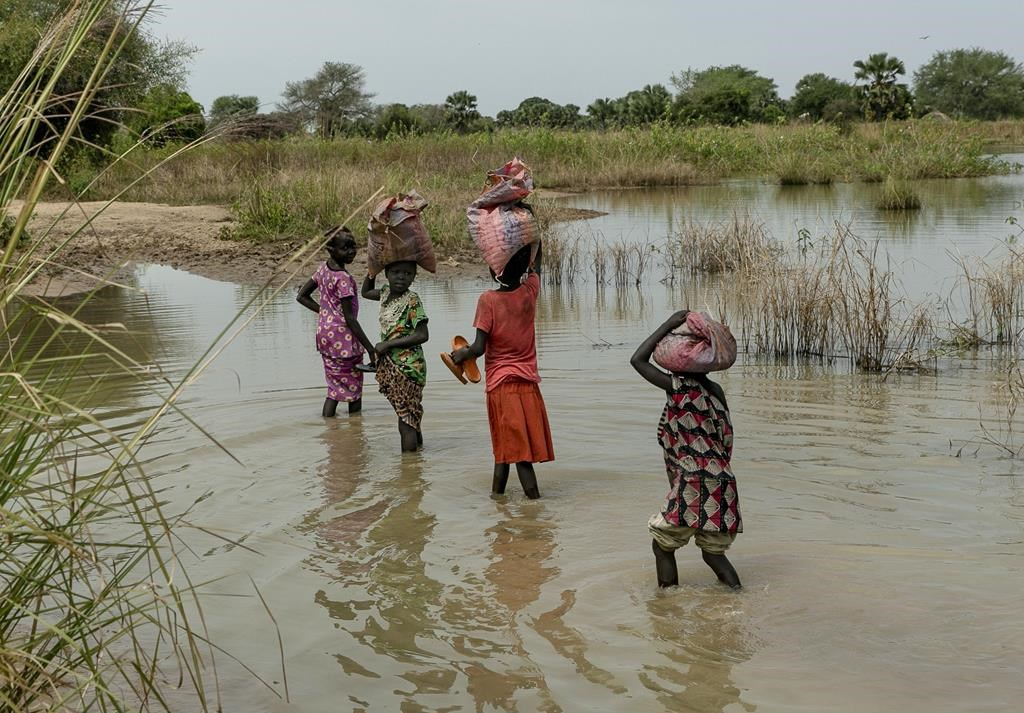 Rich countries including the European Union and the United States have pushed back against efforts to put financial help for poor nations suffering the devastating effects of global warming firmly on the agenda for this year’s U.N. climate summit.

Observers and campaigners attending a ten−day preparatory meeting in Bonn, Germany, that’s wrapping up Thursday expressed frustration at the resistance shown by developed nations to formally discussing how poor countries can get more aid when they’re hit by climate disasters.

“Rich countries, particularly the EU, spiked the discussion about loss and damage at every single turn," said Teresa Anderson of the campaign group ActionAid International.

Delegates from developing countries had hoped growing awareness of the severe economic cost that global warming is already having for billions of people around the world would help move the needle on an issue that has long split rich and poor nations.

Those hopes were fueled last month, when officials from the Group of Seven leading economies for the first time acknowledged the need for more public and private money to avert and address the “adverse impacts of climate change.”

The meeting in Bonn, which is home to the U.N. climate office, was designed to lay the foundations for the upcoming climate summit in Egypt’s seaside resort of Sharm−el−Sheikh in November.

“Whether it was about setting up a new finance facility, providing funds, organizing technical support, or even just including the issue on the agenda for discussion at COP27 later this year, rich countries continued to block, block, block,” said Anderson.

Noting the drought−induced famine currently threatening millions in the Horn of Africa, she accused rich countries of a “terrifying disconnect” to the real world.

Her comments echoed those of U.N. Secretary−General Antonio Guterres, who this week accused many governments of “dragging their feet" on climate action.

Seasoned watchers of international climate meetings had cautioned against expecting delegates in Bonn to make any big progress on long−standing points of disagreement, particularly those that would entail big financial commitments.

“Many of the issues are above their pay grade," said Alden Meyer of E3G, an environmental think tank.

Still, the outcome was slimmer than expected, he said.

The issue of ramping up climate aid is likely to come up Friday at a virtual meeting of major economies hosted by U.S. President Joe Biden, and at the G−7 leaders summit in Germany on June 26−28.

The head of the U.N. climate office, Patricia Espinosa, had urged delegates at the start of the meeting in Bonn not to give in to despair, noting the progress made in recent years in tackling global warming.

Participants drew some cheer from an announcement Thursday by Australia’s new government, which formally pledged to raise its target for cutting greenhouse gas reduction to 43% by the end of the decade compared with 2005 levels. The previous government’s goal had been to cut emissions by just 26% to 28% in 2030, far below the targets set by other big polluters.