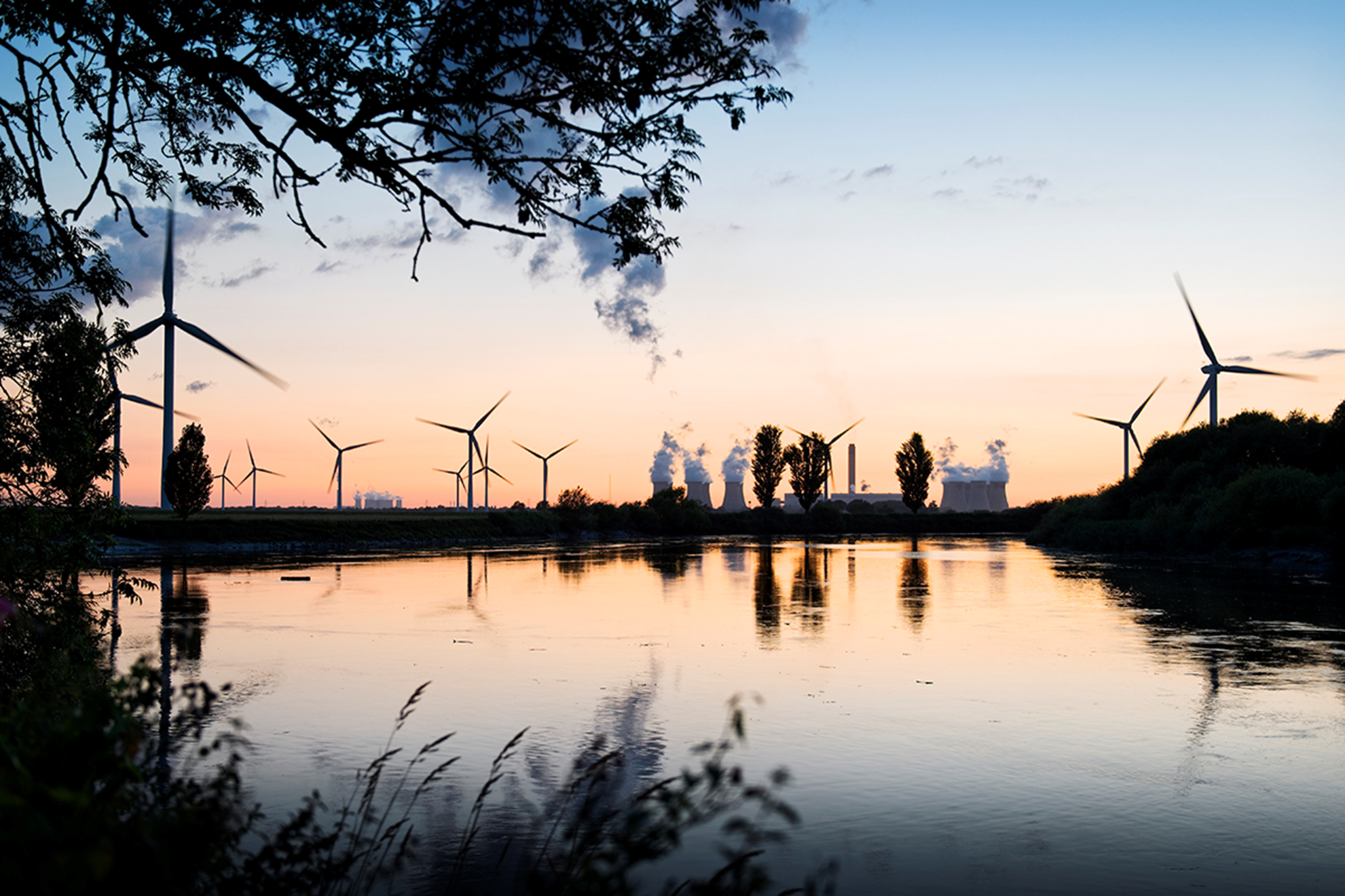 The Drax coal power station is overshadowed by new wind farms in the U.K. Photo by Andrew Wright
Previous story

For the first time, countries have, under the Paris Agreement, collectively pledged to make greenhouse gas emissions reductions that will keep our planet within 2 C of warming. Although this is a historical milestone, there is still a lot of serious work required to actually meet any of these pledges.

Most countries have failed to meet their promises in the past by not making the hard choices to move themselves in the right direction. Canada pledged reductions by 2020 and, even with the impacts of COVID on energy demand, blew past these targets. It is also widely acknowledged that 2 C of warming will still cause significant harm and that we really should be targeting 1.5 C or less, so fast decarbonization is required.

Part of the issue with targets is the scale and scope of the challenge. We need to use less energy overall, electrify everything possible, ensure zero-carbon electricity sources and find alternative low-carbon liquid fuels for those hard-to-decarbonize industrial processes that make our modern society possible. Each of these pieces is a significant challenge and addressing all of them quickly and effectively is not an easy task.

Decarbonizing the existing electricity system is only the first challenge. We also need to expand the electricity system significantly to meet the extra demands of electrification. This will be needed to power our electric cars, industrial loads, etc. Depending on the efficiency of the switch and how much of the current non-electric energy load we electrify this could require the equivalent of 1.5 to three extra electricity systems, all of which need to be low-carbon.

Finally, we need to actively and quickly develop non-fossil liquid fuels, such as second- and third-generation biofuels and synthetic fuels from green hydrogen and captured CO2, for those hard-to-electrify industrial energy uses.

None of these will be easy, and we as a global society need to put significant resources into these challenges. Economic opportunities will abound as the first movers in any of these spaces will be able to export their expertise and knowledge to others.

Given that we are going to electrify a large portion of the (currently fossil fuel) energy we use, we need to work on three fronts:

The contenders for meeting increased electricity demand with zero GHG emissions are hydroelectricity, geothermal, biofuels, variable renewable generation such as wind and solar, and nuclear. Each option has benefits, but also significant challenges. As a society, we need to acknowledge the tradeoffs of all these options and discuss what impacts we will accept.

For those jurisdictions that can build hydroelectric dams, these are an ideal resource, but hydro is significantly geographically constrained. Although geothermal is theoretically available everywhere if one digs deep enough, the high upfront cost of this compared to other renewable sources in Canada makes it less financially attractive to investors.

Biofuels are widely recognized as a potential player in the energy mix but are most useful in creating liquid biofuels to decarbonize challenging processes in industry and heavy transport where electrification won’t work. Scaling biofuels past these niche uses gives rise to land use challenges and competition with food crops.

The main challenge with solar and wind is the need to store excess energy during times of plenty for use when there is no sun (at night and on cloudy days) or no wind. There are two related technologies for this: storage and transmission.

Storage technologies convert the electrons from wind and solar energy into chemical (batteries) or potential energy (pumped hydro), storing it for use at a later time. Batteries are generally not suitable for long-term storage due to capital cost and limited storage potential. Pumped hydro requires geographic landforms and significantly impacts these landforms when built.

If neither storage technology is feasible, the other technology often touted to deal with low wind or sunshine is transmission power lines. While it is true that it is always sunny or windy somewhere, building new (and very high-capacity) transmission lines is costly and challenging.

A system that relies only on wind and solar (and hydro, where available) with storage and transmission will have huge costs, either through massive overbuilding of the generation resource or through massive investments in both long- and short-term storage and/or transmission. Large capital projects also generate impacts from cement and steel production and mining, so the larger the capital project, the greater the impact — on our pocketbooks and on the planet.

Given the geographic challenges with geothermal, hydro and pumped hydro, and the varying nature of solar and wind, we come down to the only other large-scale, low-carbon generation technology now available to be deployed at scale: nuclear. Nuclear now accounts for about 10.5 per cent of the global electricity generation (compared to five per cent from wind, 2.7 per cent from solar) and is used safely and efficiently in many jurisdictions.

It should be noted that nuclear is actually a suite of different electricity-generation technologies, each with benefits and challenges. For example, light-water reactors with enriched uranium fuel are compact and efficient but raise concerns about nuclear weapons proliferation and waste products. Thorium reactors don’t have these same concerns but are not as well-developed. Finally, nuclear fusion could, in the next 15 to 20 years, have a breakthrough.

Having some consistent energy such as nuclear in the generation mix to pick up the slack when the wind is not blowing or the sun is not shining is more infrastructure and capital-efficient than building a system that relies on just solar, wind and small amounts of hydro and geothermal.

As an engineer, it would be unethical for me not to consider the impacts of these extra costs on consumers and businesses — as well as the impacts of this extra infrastructure on the planet — when analyzing how the energy system should be developed to meet our climate goals.

There is one other major challenge that engineers and policymakers face in addressing climate change: wishful thinking. There are many examples of people claiming we can do everything with solar or that we just need to electrify or that we don’t need nuclear (see, as an example, the recent report from the David Suzuki Foundation).

All of these belie the truth — there is no one silver bullet, and we need a suite of solutions (including solar, wind, nuclear, EVs, non-fossil liquid fuels, etc.) to meet the challenge of climate change.

My research group at Simon Fraser University does the engineering modelling work to compare the impacts of the choices we face. Engaging in positive dialogue on how to best address the challenges we face, and which tradeoffs we choose, is important. But given the short time frame and scale of the challenge, we can’t let wishful thinking distract us from the hard work of engineering the transition to a cleaner energy system.

We need to accept our

We need to accept our responsibility to consume less. This planet cannot sustain the lifestyles many of us take for granted - we need to understand what we can change that will make a difference. Private vehicles are a good example of what many of us could do without. Plastics and over packaging are examples of what our governments could legislate to eliminate. Simply assuming that a different energy source will permit us to stay cool or warm or transported is misleading or even fraudulent.

Totally agree, but the real

Totally agree, but the real issue is that we need to fundamentally change our global north life style and consume less, not only change energy sources. We, humans, particularly in the global north, are an invasive species. Wherever we have gone we have decimated --or obliterated-- the native fauna and flora. The sustaining web is broken and we are the culprit. We must change!