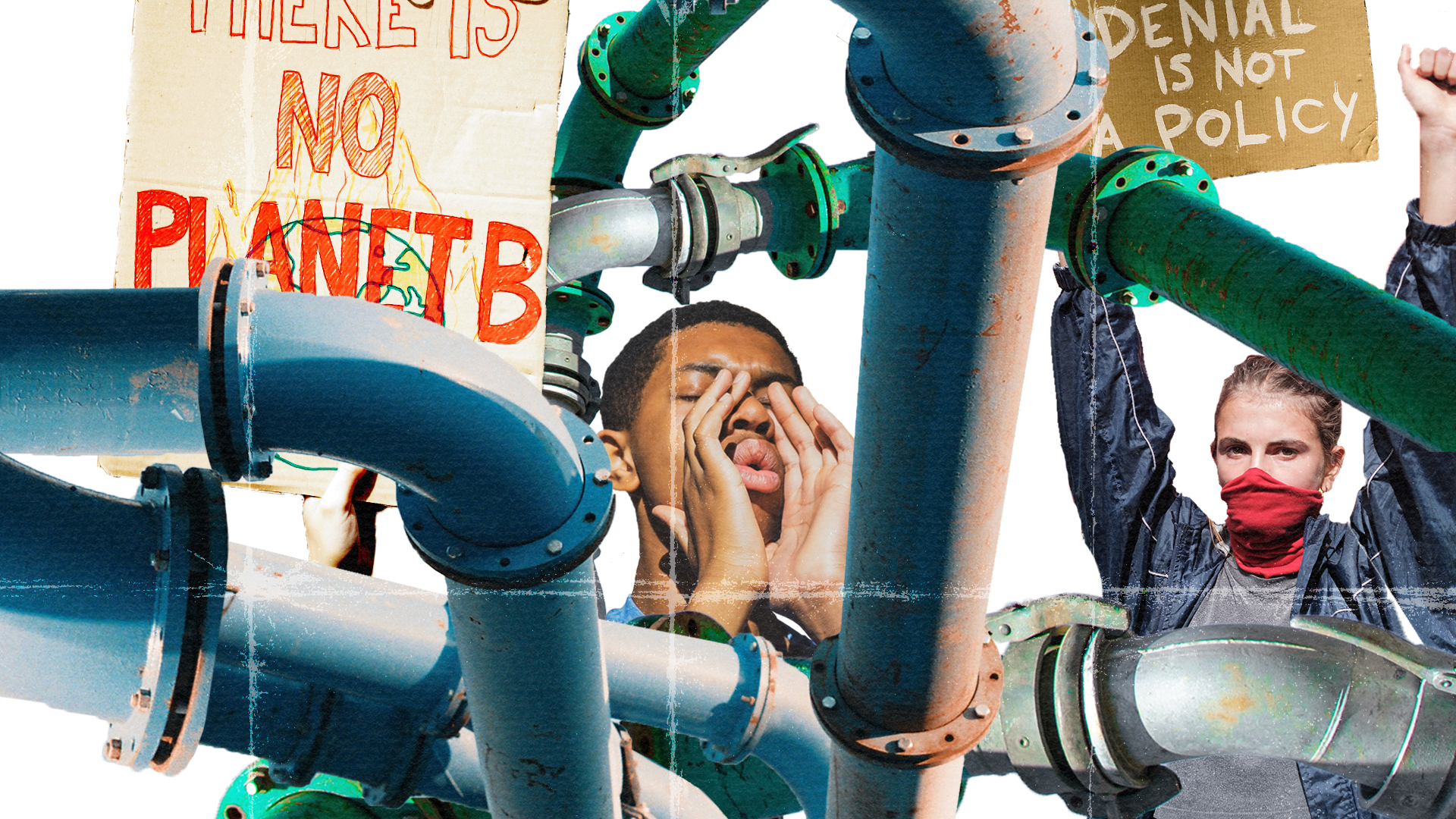 Canada has a choice to make.

This week’s report from the Intergovernmental Panel on Climate Change (IPCC) reaffirms that the climate crisis isn’t a problem of the future. It’s harming people, ecosystems, community safety, food security and the economy now.

Compiled by scientific experts from almost every country, Climate Change 2022: Impacts, Adaptation and Vulnerability provides overwhelming evidence that communities are ill-prepared for the climate disruption unfolding today, let alone the accelerating impacts that lie ahead. Adaptation plans are inadequately financed, leaving the most-vulnerable communities to grapple with the greatest risks.

Our own eyes and ears show us the truth about the climate emergency. In Canada, record-breaking forest fires, droughts and floods expose our vulnerability, lack of preparedness and the real impacts of fossil fuel dependence.

Polls consistently show that a vast majority of Canadians are concerned about the climate crisis and want action. Yet an old argument persists, a false binary that we must choose between reducing emissions for a viable future or maintaining jobs in an “essential” industry.

The federal government is caught between these two conflicting options. It has recognized the need for bold climate action and is developing key climate policies, laws and regulations. Yet, paradoxically, it continues to support, approve, subsidize, finance and even own fossil fuel projects. Canada is one of the world's top public fossil fuel financers.

This sunset industry pits jobs against the environment, but jobs are being lost due to market shifts and automation, and the disparity of pay between executives and workers is extreme. In reality, the vast concentration of wealth among the oil elite has come at the expense of their own workers, Indigenous rights, communities and — according to the IPCC report — all life on Earth.

It’s a good thing we have better options for employment and the environment.

There’s an alternative pathway to jobs and reliable energy without continued reliance on Canada's single-largest and fastest-growing source of emissions: fossil fuels. We can invest in a Canada that is forward-thinking, where decisions benefit workers and communities.

Upcoming modelling research from the David Suzuki Foundation shows Canada can reliably and affordably achieve a 100 per cent clean electricity grid by 2035, adding tens of thousands of jobs every year in the process. Wind and solar are now the cheapest forms of electricity in history. Alberta and Saskatchewan have some of the best wind and solar resources in Canada, and could maintain their status as leaders in energy production and jobs as they transition to renewables. Every penny of our energy subsidies, tax breaks and financing should power that renewable revolution.

The IPCC report and the overall assessment of which it is a part unequivocally show that we are not moving quickly enough to mitigate, adapt to and avoid the worst of climate devastation. And it lands while the federal government is making key decisions that could start to free us from our climate paradox.

The next month will be revealing.

Will the federal government fulfil its promise to end fossil fuel subsidies and financing by the end of the year when it releases its budget this spring?

Will government reject false information from the oil and gas lobby and put a cap on emissions from Canada’s top polluter? Will it develop a timeline for fully phasing out fossil fuels in Canada?

Will the soon-to-be-released 2030 Emissions Reduction Plan set Canada up to meet its promised goal of a 40 to 45 per cent decrease from 2005 levels by 2030? We need clear details on how we'll meet this target, and we must go even further to achieve our global fair share.

Will the government introduce a Just Transition Act to ensure workers, Indigenous Peoples and front-line and vulnerable communities benefit from the jobs and increased quality of life that will ensue from the necessary shift to clean energy?

The IPCC clearly tells us we must resolve Canada’s climate contradictions. Our foundation’s modelling shows we can chart a new path, basing decisions on science and the climate impacts we see in our country today. We can take bold climate action and invest in a clean energy future. We can choose better health, long-term jobs and more resilient, safe and equitable communities.

Federal milestones are coming up this spring: the budget, the 2030 Emissions Reduction Plan, the oil and gas emissions cap and, we hope, a Just Transition Act. Let's ensure Canada makes the brave and right choices.

We in Canada are at a

We in Canada are at a standstill regarding climate change. We have a government that still feels it needs to support oil and gas. There is no short term plan for climate change because politically it is more important to support fossil fuels.
Re forest fires...there is modern technology available to fight fires yet it is not used. We should have patrol planes in the air looking for any signs of a fire and have standby teams ready togo at a minutes notice.

An important alternative energy source that is often left out is geothermal generation of electricity. Although up-front costs are high, this source of energy must be developed to ensure our future. Remember that the tar sands could not have been developed without massive subsidies. It was seen in the 1970s and 1980s to have been essential. It is even more essential now to pursue geothermal energy. There are vast stores of thermal energy beneath our feet, and those sources have been mapped in western Canada. Environmental risks are low and geothermal energy is continuous unlike wind and solar.

Has anyone been successful in

Has anyone been successful in finding evidence that this planet earth is expanding faster, or as fast as fast as we are using it's finite resources and polluting the earth's remaining Biosphere? The more energy we use from any source only increases our ability to use up or pollute the remaining supply. Even if we are able to hold the population to present levels, our objective has been, for centuries, to increase consumption, and we were successful "in spades". The consequences are becoming so obvious it is hard to avoid them, even by those making up the infamous 1%. Just because we have been able to tolerate this "style of progress" in the past, the consequences now happening and projected for the future suggest it is not a winning mode for the future. How we lived and live now determines the future in large measure. Why work so hard to almost guarantee there will not be one for our progeny? Please someone put up the data proving this is wrong. Perhaps the IPCC will with their plan for the future ,post 2050.