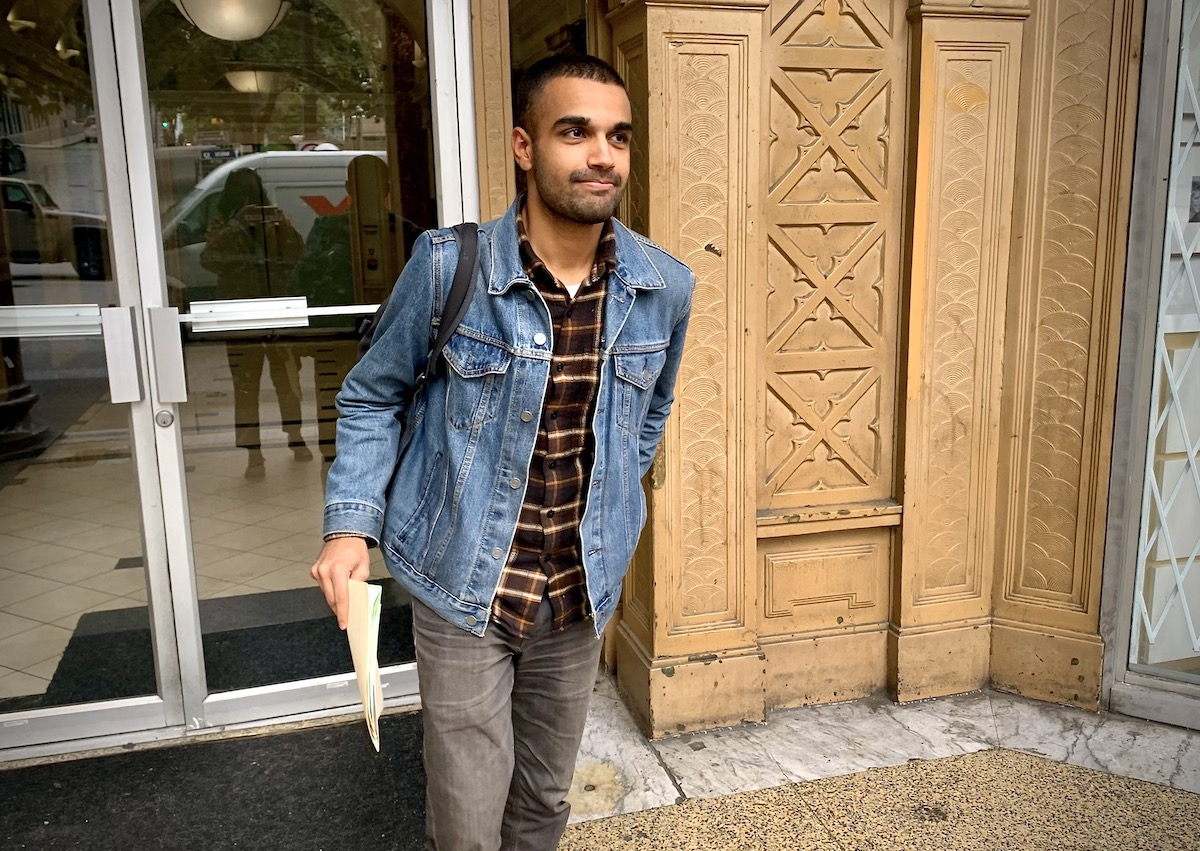 One Save Old Growth activist is expected to be released from custody while another remains in jail for another week after corrections staff failed to get him to his bail hearing.

International student and SOG organizer Zain Haq, who turned himself into the Canada Border Services Agency on Tuesday, is expected to be released from the immigration holding centre in Surrey following his detention review hearing Thursday morning.

“I expect that he’ll be released, hopefully this evening, or at the very latest tomorrow,” he said, adding neither he nor his client had any further comment at the moment.

A third-year history student at Simon Fraser University, Haq is in Canada on a study permit issued by Immigration Canada that, among other requirements, is conditional on obeying the law and the absence of a criminal record.

Haq has been arrested multiple times at various climate protests over the past two years and was jailed for two weeks in mid-February for criminal contempt of court after disobeying a court injunction involving the Trans Mountain pipeline expansion (TMX). He is also currently facing five charges of mischief.

However, neither Cohn nor CBSA have clarified the actual reasons why the border agency is investigating the 21-year-old climate activist from Pakistan or the conditions of his release.

After receiving the summons, Haq was concerned the agency intended to deport him because of his activist work.

A second activist, Ian Schortinghuis, who was arrested at a SOG blockade of the Massey Tunnel on June 13, was slated to have a bail hearing in Provincial Court in Vancouver on Thursday morning.

One #SaveOldGrowth activist is expected to be released from custody while another remains in jail for another week after corrections staff failed to get him to his bail hearing. #ZainHaq #ClimateChange

However, staff at the North Fraser Pretrial Centre in Port Coquitlam failed to transport him to a video-conference room in order to attend, said SOG spokesperson Tim Brazier.

As a result, the judge adjourned his hearing until June 29, by which time Schortinghuis will have spent more than two weeks in jail without a bail hearing, Brazier said.

Schortinghuis, charged with mischief for his involvement in the tunnel blockade, was originally held in custody for breaching his conditions of release for a prior arrest and charge of mischief at another protest.

The group also staged a “die-in” where protesters laid on the ground for 619 seconds — a second for each of the individuals who died as a result of extreme temperatures during the B.C. heat dome last June.