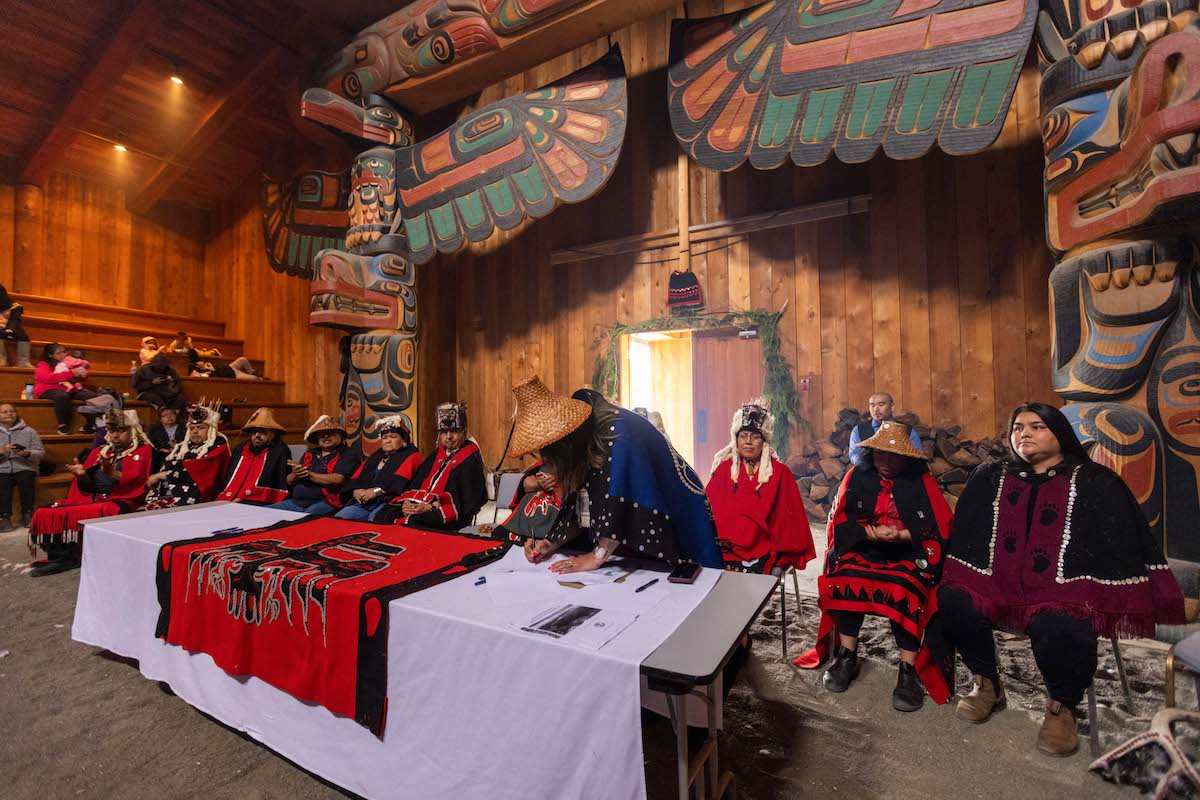 A First Nation in B.C. celebrated Indigenous Peoples Day by taking action where the federal government has not by establishing a new marine protected area in the Great Bear Coast.

The KXFN and 16 other coastal nations, in partnership with the province and the federal government, have been involved in a two-decade-long marine planning process called MaPP to establish the B.C. Northern Shelf Marine Protected Area Network — a patchwork of MPAs across B.C.’s North Pacific Coast.

Despite Prime Minister Justin Trudeau’s stated commitments — at home and on the world stage — to reconciliation, the UN Declaration on the Rights of Indigenous Peoples and protecting 30 per cent of Canada’s oceans by 2030, progress on the marine network and individual First Nations’ desired MPAs has been frustratingly slow, Neasloss said.

“We've been working with the federal government for a better part of 18 years and we still don't have protected areas,” he said.

“So if the federal government’s not going to do it, then we'll do it ourselves.”

Public consultation on the MPA network and an associated action plan were originally planned for early 2021 and 2020, respectively. No formal announcements have been made by either the provincial or federal governments about when those milestones will actually take place.

The KXFN is the second coastal First Nation irked by inaction that has chosen to move ahead with protection plans in their territory with or without Ottawa on board.

In May, the Mamalilikulla First Nation (MFN) celebrated the nation’s dedication of 10,416 hectares of land and sea in their traditional territory in Knight Inlet as an Indigenous Protected and Conserved Area (IPCA).

The Kitasoo Xai’xais First Nation has unilaterally established a new marine protected area, citing long delays and inaction on the part of the federal government.

The MFN is immediately concerned about a unique biological hot spot of cold-water corals and sponges in Hoeya Sound. The nation and conservationists have been trying to get Fisheries and Oceans Canada to establish an interim moratorium on commercial fishing in the fragile marine ecosystem for years, to no success.

Trudeau travelled to the Great Bear Coast in 2018 to sign the Reconciliation Framework Agreement, which included commitments to marine conservation and establishing the MPA network in addition to co-ordinating the management of oceans with Pacific North Coast First Nations, Neasloss said.

While KXFN welcomes the co-operation from their longtime provincial and federal partners on the Gitdisdzu Lugyeks MPA, it has the authority and right to act immediately without them to protect special places sacred to the nation, he added.

“Our right to establish this MPA comes from our inherent and Aboriginal rights and title and from our connection to this land for thousands of years,” Neasloss said.

“While there’s a bit of frustration around missing a bunch of (federal) timelines and targets, it is also an opportunity for First Nations, at a government level, to make decisions.”

The MPA provides vital habitat and is home to a rich array of sea life, including seabirds, whales, salmon, cod, halibut, shellfish and critical kelp forests and will be monitored and cared for by the nation’s Guardian Watchmen, who are out on the water daily to ensure compliance with protections, conduct marine rescues and emergency response and combat poaching, the KXFN said.

A draft management plan for the protected area will be open for public review and comment and shared with government and other stakeholders.

In addition to protecting fish and wildlife, the stewardship blueprint focuses on preserving the ecological integrity of the area and at-risk ecosystems, along with sites of cultural importance.

It also maintains the nation’s hunting and harvesting rights, including the communal herring roe spawn on kelp fishery and other community fishing activities and wilderness values integral to ecotourism in the protected area.

“We know these waters better than anyone,” said hereditary Chief Nies’los, or Kelly Robinson.

“This coast is our lifeblood.”

Fisheries and Oceans Minister Joyce Murray recognizes that First Nations communities have a long-standing history of stewardship of the ecosystems in the Northern Shelf, and cultural and spiritual practices intrinsically linked to the coastal environment, said press secretary Claire Teichman in an email.

However, the minister's office did not clarify why the MPA process has been delayed or when expected milestones or progess might take place.

Ancient fish bones may help us adapt to climate change