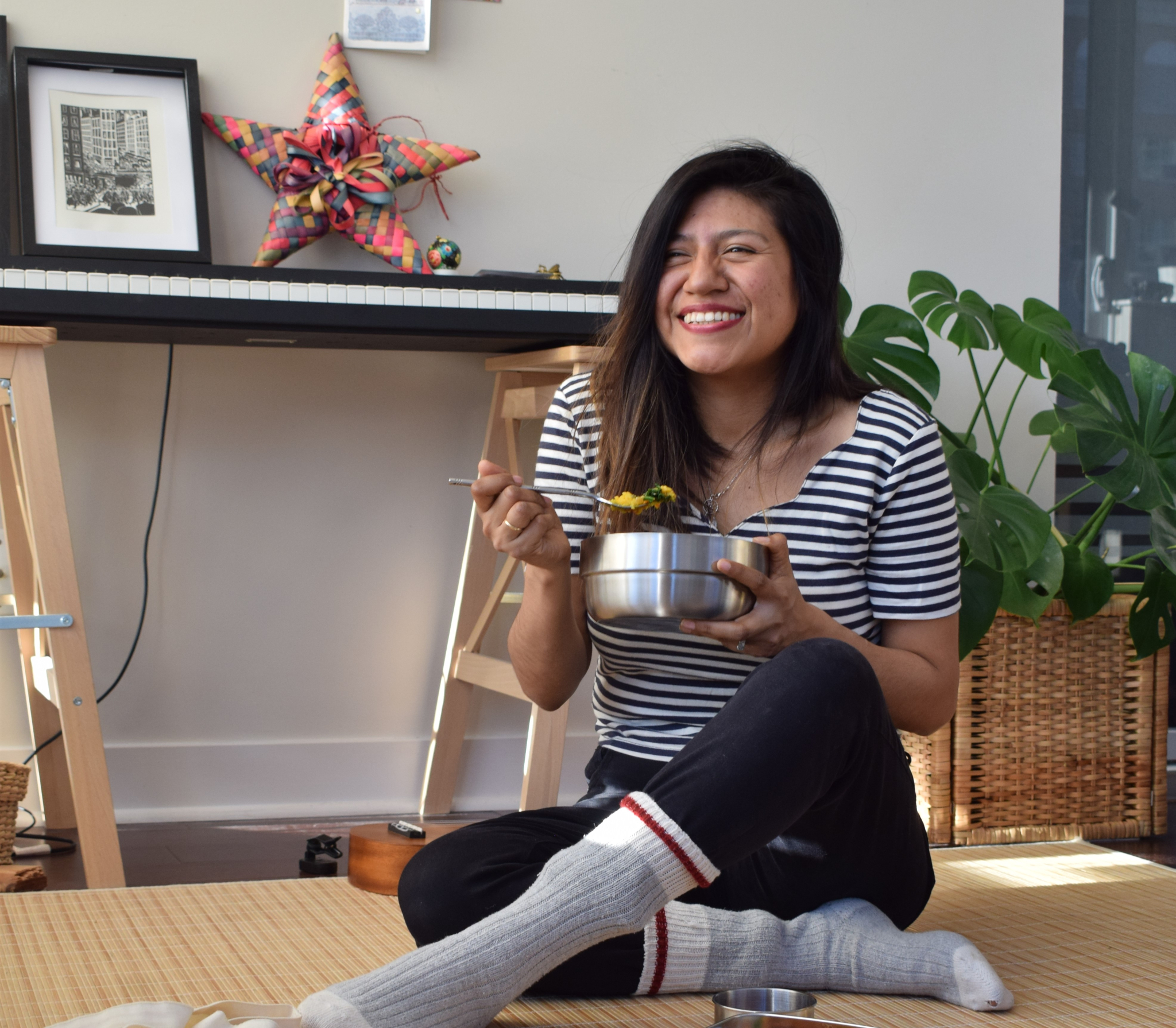 Erika Reyes grabs a bite from takeout delivered in reusable containers distributed by Inwit, a tech company based in Toronto. Photo by Melanie Valente-leite
Previous story

By December 2023, many single-use plastic items such as grocery bags, straws, cutlery, stir-sticks, six-pack rings, and takeout containers will no longer be available for use.

Though many restaurants across Canada have already begun using more sustainable alternatives to plastics, the federal government’s announcement this week of the pending bans still came as an unwelcome surprise to some.

“We already use paper straws and compostable containers, but other alternatives are difficult to come by,” said Reda Wahba, co-owner of the Burger de Ville restaurant chain in Montréal.

“Something as silly as plastic wrap — they don't have a good sustainable alternative for restaurants,” Wahba said.

The challenge for the food industry, according to experts, is finding plastic substitutes that meet health and safety standards. Beeswax wrap, for instance, is a popular swap for plastic wrap at home, but restaurants can’t use it because it can’t be cleaned with hot water.

“When you start playing around with packaging, you may inadvertently compromise the safety and the integrity of the food product,” said Sylvain Charlebois, professor and director of the Agri-Food Analytics Lab at Dalhousie University in Halifax.

“Plastics have a very lengthy and successful track record when it comes to keeping food safe,” said Charlebois. “So replacing plastics is not an easy thing to do for any food company.”

While restaurants might be worrying over the cost of these new regulations, they’re good news for the burgeoning industry of reusable takeout food-ware services in most major Canadian cities.

Inwit, a tech company based in Toronto, has partnered with 12 restaurants across the city to deliver food in metal containers. Customers order their food using the Inwit app — which is free to use — then they’re awarded points for returning the containers at one of several collection sites. Points can be redeemed for future food orders on the app, and the sooner the return, the more points you get. Customers are charged for unreturned items after seven days.

Though customers don’t have to pay a deposit or any extra fees for the containers directly, the slightly higher menu prices listed on Inwit’s platform include their cost of operations.

The challenge for the food industry, according to experts, is finding plastic substitutes that meet health and safety standards. #SingleUsePlastics #Ban

Other third-party services charge customers a subscription fee, such as Reusables.com, which has signed on about 60 businesses in Vancouver and another 20 in Victoria. For $5 a month, customers can order takeout, coffee and groceries in reusable containers from 48 businesses across the city, like Earls and JJ Bean. Containers can be returned to any of those locations after use, and there’s a fee of $15 to $25 for any that aren’t returned.

Big brands are getting on board with reusable takeout apps, as well. In October, Tim Hortons announced a new pilot program with Loop, a U.S.-based recycling platform that produces branded reusables. Customers in a few participating Toronto locations can pay a deposit on their Tims’ food-ware when they buy their meal, then return them later for a refund at one of many dropoff bins.

These third-party services might be a useful stopgap, but Charlebois is skeptical of their long-term impact.

“A lot of companies don't think about the supply chains of these third parties,” said Charlebois. “If you partner with Loop, you're not necessarily responsible for the entire supply chain. A lot of things can happen, things can break. All of a sudden you have pictures of piles of containers somewhere and it damages your brand.”

Another big problem is these services put the onus of environmental action on the customer instead of businesses — to remember to use and then pay for these external services.

“The market currency for environmental stewardship is very low, I'm sorry to say,” said Charlebois. “If you're selling a car that comes with a seatbelt, people will want to buy the car, but they won't pay extra for that seatbelt. They just expect it to come with it.”

In a study published in 2021 in Nature, Charlebois and his co-authors found that, though an overwhelming 93.7 per cent of respondents said they were personally motivated to reduce consumption of single-use plastic food packaging, 85 per cent were not willing to pay for food in sustainable containers. The remaining 15 per cent were willing to pay no more than 2.5 per cent.

“That's a very small margin,” said Charlebois. Especially in a big city like Toronto, which generates nearly 85 million units of takeout containers and 39 million single-use cups per household per year.

Luckily, some customers are beyond relying on apps to supply their reusables. Wahba in Montréal regularly serves takeout food on dishware that customers bring in from home.

“If somebody's [taking] the effort to bring it, you bet I'm going to make the effort to serve them in it,” he said. “Sometimes it gets confusing when we're really busy, and we're always afraid to break their Pyrex. But you know, if it's a headache, it's a good problem. That means you have to find a solution because people care.”

Restaurant owners trying to do the right thing are often stymied by the lack of clarity on cities’ recycling and composting capacities.

Four years ago, on the recommendation of his distributor, Wahba switched all his takeout cutlery to compostable plastics.

“I bought them for years, and then I learned that there’s no facility in Montréal to compost them,” Wahba said. “I bought this more expensive cutlery thinking I was doing good and it turns out I was just wasting my money.”

Wahba isn’t alone. Mugi, a Thai food restaurant in Toronto, has been using compostable cutlery and containers since it opened in 2019, even though the city doesn’t compost those items.

“They have to be taken to a proper industrial facility to be composted,” said Asa Copithorne, the owner of Mugi. “It’s a little bit misleading to the consumer because a lot of people assume that they can put it in their compost to be picked up by the city. But they can't. They should be put in the garbage.”

Copithorne said he didn’t know the items weren’t accepted in Toronto’s compost bins until a year after they opened, when a customer told him.

“We still use them,” said Copithorne. “Our logic is it's better for something compostable to end up in a landfill than a piece of plastic, even though it costs more.”

After the December 2023 deadline, only certified compostable plastics will be allowed, though the federal government has yet to release criteria for certification.

Despite some missing details, the regulations will level the playing field for businesses like Mugi and Burger de Ville that are already paying for sustainable options, according to Charlebois.

“If you're a company, you want to look for viable solutions while remaining competitive,” said Charlebois. “When you don't know whether your competition will increase their costs to save the planet, you’re less enticed to do so yourself. The feds are basically eliminating that conversation. It's pushing the whole industry to go in the right direction.”