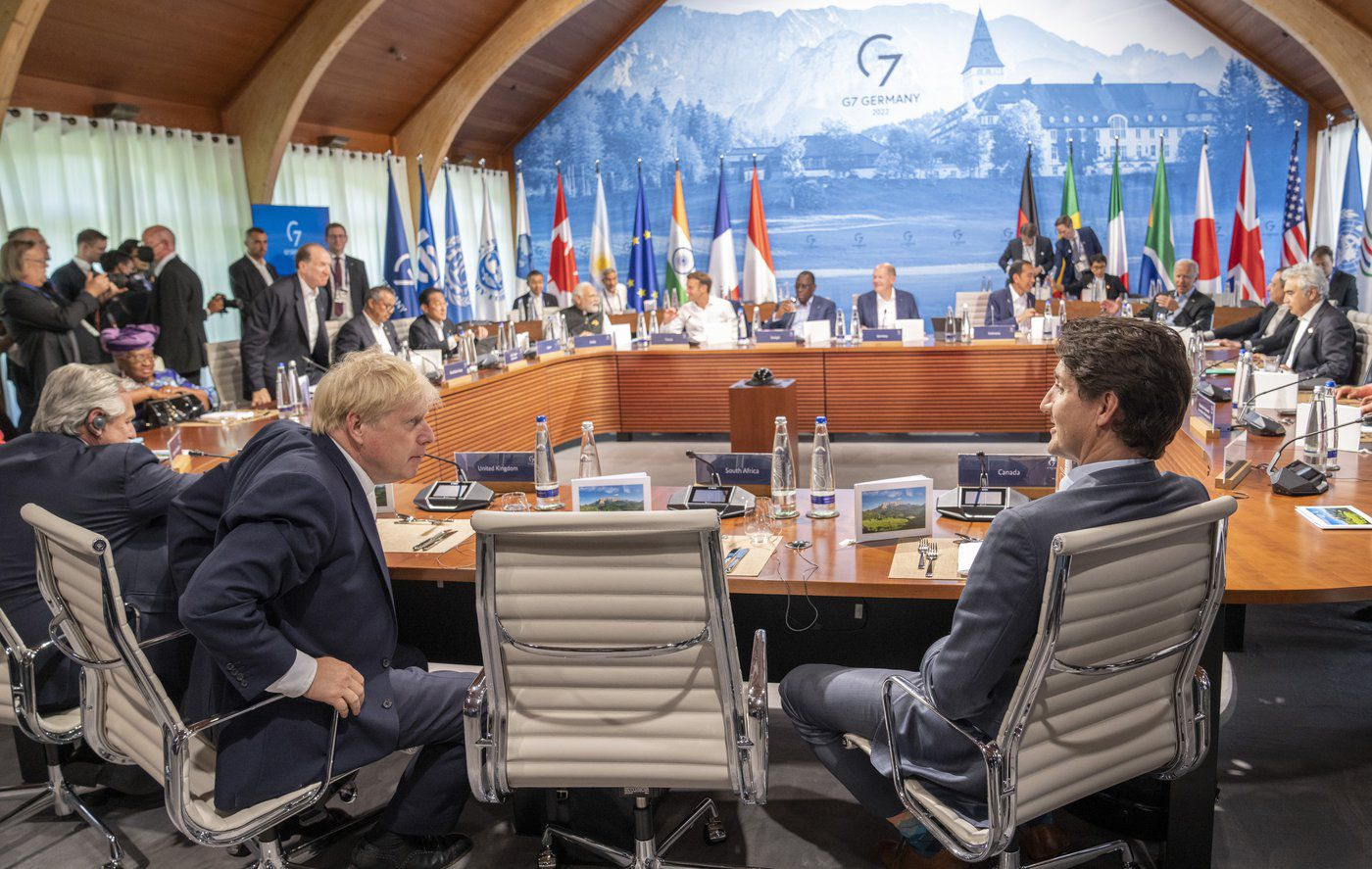 Prime Minister Justin Trudeau and British Prime Minister Boris Johnson chat prior to a meeting with Partner Countries and International Organizations at the G7 Summit in Schloss Elmau on June 27, 2022. Photo by The Canadian Press/Paul Chiasson
Previous story

Prime Minister Justin Trudeau announced more money for Ukraine on Tuesday — including a $200-million loan through the International Monetary Fund — at the end of the Group of Seven leaders' summit in Germany.

Canada's contribution comes as G7 leaders committed to phase out or ban the import of Russian coal and oil in response to that country's war with Ukraine and the ensuing energy crisis sparked by the invasion.

Trudeau said Canada remains determined to support Ukraine as it defends its sovereignty and territorial integrity.

"It's important that the world doesn't lose its attention and focus over what's happening in Ukraine, we must and we will remain committed until Ukraine and democracy prevail," Trudeau told a news conference.

In addition to the loan to the Ukrainian government, Canada is giving $75 million in humanitarian assistance to help with operations in Ukraine and in the neighbouring countries.

The aid will include the provision of in-kind food assistance, emergency cash and vouchers, protection, shelter and health services.

"Our farmers typically face big challenges and have been proven to be inventive and creative. So we'll bring this expertise to Ukraine to help as much as we can," Trudeau said.

Canada is also contributing $15 million to help fund demining efforts and $9.7 million for those tracking human rights violations in Ukraine.

In their final communique for the G7 summit, the leaders said they are working to make sure Russia does not exploit its position as an energy producer to profit from its aggression at the expense of vulnerable countries.

The conflict has squeezed energy markets in Europe and the security of the supply around the world.

The leaders have also agreed to intensify their efforts to mitigate rising food prices and scarcity, which have been exacerbated as a result of Russia’s war in Ukraine.

They plan to expand their resettlement programs to accommodate the millions of Ukrainian refugees who have been displaced by the conflict.

This report by The Canadian Press was first published June 28, 2022.