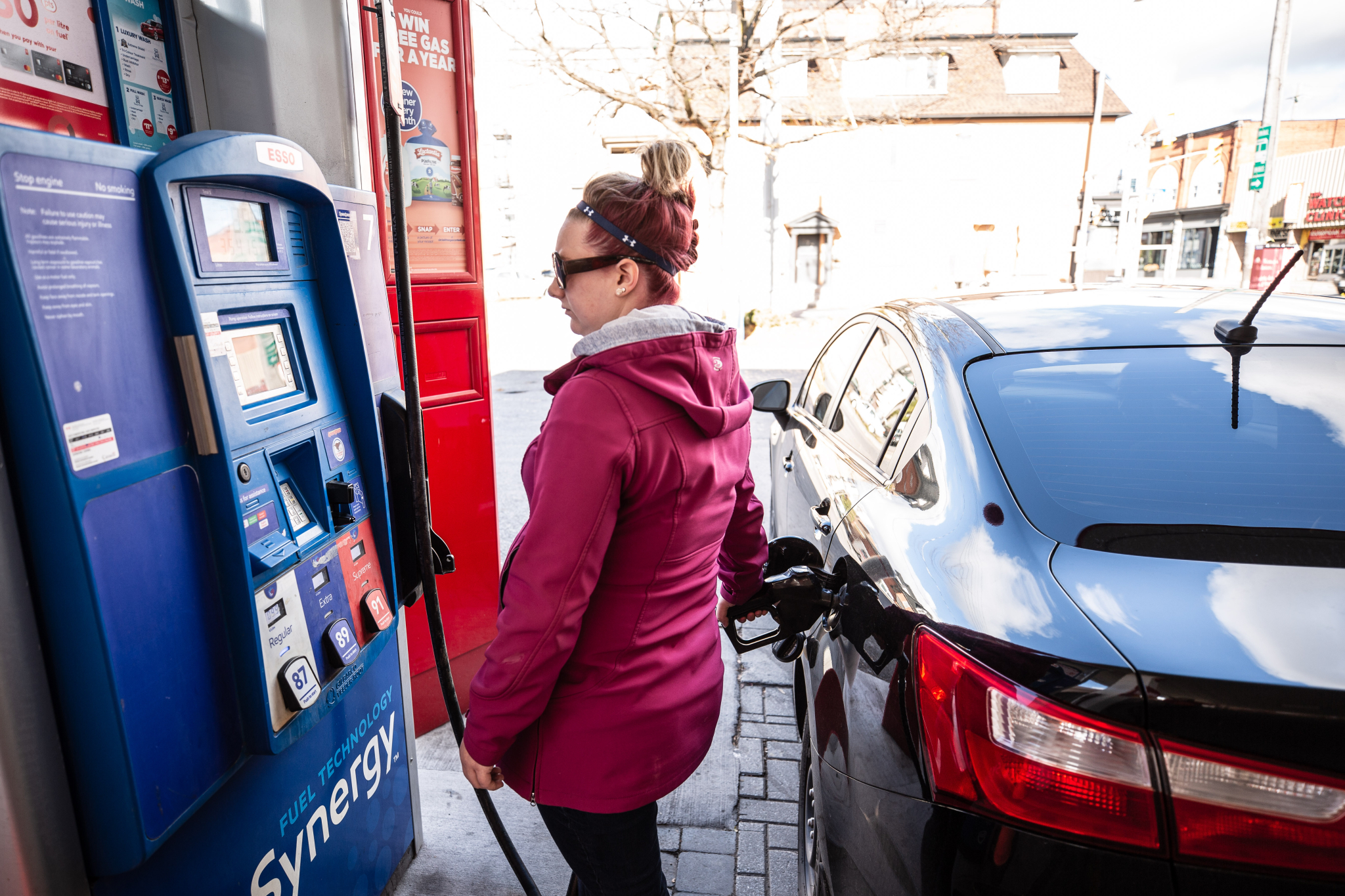 Vladimir Putin’s invasion of Russia, and its impact on global oil and gas prices, has reminded everyone about the dangers of depending so much on a commodity that can double in price in a single year, writes Max Fawcett. File photo by Alex Tétreault
Previous story

With rising inflation, soaring interest rates and an increasingly unpopular prime minister named Trudeau, it’s the 1970s all over again in Canada. And once again, it’s energy prices and the influence of the OPEC cartel that are driving the bus.

For all the talk about deficits, supply chains and other knock-on impacts of the COVID-19 pandemic, oil and gas have applied the bulk of the inflationary pressure on both global economies and household budgets.

In May, energy prices posted their biggest monthly increase since 2003, while gasoline prices were up 48 per cent year over year. This will almost surely get better, but it could still get a whole lot worse first. All told, rising energy prices have added four percentage points this year to the Consumer Price Index, as their influence bleeds into everything from gasoline and groceries to services and manufacturing.

As University of Calgary economist Trevor Tombe said, “Energy is an important input into the production of almost everything.”

In the near term, the job of relieving this inflationary pressure falls mostly to our central bankers and their ability to raise interest rates. After the United States Federal Reserve raised rates by 75 basis points in mid-June, the Bank of Canada is expected to follow in its footsteps next month. But while that work is being done, our political leaders need to summon the resolve and political capital required to take on the more important job of disentangling our economies from the production and consumption of fossil fuels.

That won’t be easy, given the growing calls from fossil fuel advocates and members of their political protectorate to double down on the production of oil and gas. Even Elon Musk, who has made much of his fortune selling electric vehicles, has fallen victim to that logic. “Hate to say it,” he tweeted back in March, “but we need to increase oil & gas output immediately. Extraordinary times demand extraordinary measures.”

He’s right about that last part, at least. But the extraordinary measures we need right now aren’t a return to the past. This is the time for a more emphatic embrace of the future — one where soaring oil and gas prices can’t trigger an inflationary crisis and trip up the global economy in the process. As former Bank of Canada governor Mark Carney said during a speech in the U.K. last month, “Once built, clean energy systems are more affordable, efficient, resilient and reliable. No one owns the wind or the sun and hydrogen is literally everywhere.”

He’s hardly alone here. Christine Lagarde, the former head of the IMF and the current president of the European Central Bank, echoed Carney’s words in a recent tweet. “We are now observing ‘fossilflation’, not ‘greenflation’! While decarbonization in the energy sector can cause rising prices in the medium term, it can lower inflation in the long term.”

It’s that medium term our elected officials should focus on right now.

According to a recent report from the Canadian Climate Institute, a pan-Canadian embrace of clean energy would yield considerable economic benefits across the socioeconomic spectrum. “Projections show that households across all income groups in Canada will see falling overall energy costs as a share of income — even as their use of electricity rises,” the report reads. But it also notes electricity rates will rise over the course of that transition, even as overall energy costs decline.

Opinion: For all the talk about deficits, supply chains and other knock-on impacts of the COVID-19 pandemic, oil and gas have applied the bulk of the inflationary pressure on both global economies and household budgets, writes columnist @maxfawcett.

That’s something bad-faith politicians and industry groups could easily weaponize, and it’s something governments who want to see this transition unfold successfully need to get ahead of — now.

That will mean more co-ordination, more integration and more ambition from all levels of government. They’ll have to invest in the additional capacity this electrification of our economy requires and ensure ratepayers are insulated both from any near-term increase in costs and the political rhetoric that will surely accompany it. If done correctly, this so-called “electric federalism” will protect Canadians from the whims of Russian dictators, Saudi princes and the rest of the global fossil fuel industry.

This is the nation-building project Canada needs right now: not another pipeline that helps enrich a single province and industry, but investments in our long-term economic and environmental resilience that reach from coast to coast to coast.

Vladimir Putin’s invasion of Ukraine, and its impact on global oil and gas prices, has reminded everyone about the dangers of depending so much on a commodity that can double in price in a single year.

Now, it’s time for our governments, and especially our federal government, to start investing more heavily in a future where that danger doesn’t exist.

Re: "the job of relieving

Re: "the job of relieving this inflationary pressure falls mostly to our central bankers and their ability to raise interest rates"

This monetary policy is very destructive and deserves harsh criticism:

The Monetary Policy-Makers Have Met The Enemy.
https://unpublishedottawa.com/letter/395388/monetary-policy-makers-have-...

Here in Alberta some wear a

Here in Alberta some wear a shirt which mocks Kenny's red herring factory, A.K.A. the Canadian Energy Centre. Among other things, it says, "Fear the future. Repeat the past'. These six words contain the entire strategy of the fossil fools.

A national plan to electrify

A national plan to electrify our energy systems is exactly what we need now. It will create sustainable jobs, and if done right, involve everyone in transforming our communities from a dependence on planet killing hydrocarbons, to a clean green economy.
We can eliminate waste and build local resilience. Retrofitting our homes will make us all healthier and provide meaningful work for the next generation of worker.

Let's refuse the fossil led war games and genuinely build back together. It could be a lot of fun.

It would also help to put a

It would also help to put a huge export tax on fossil fuels. That way, reducing domestic demand actually pushes domestic production down.

Problem with governments, banks/insurance, business/industry at this point is that none of them are accountable to a body that isn't missing at least one of intelligence, conscience, integrity. That's how we got to where we are now.
And unfortunately, unless something changes dramatically, they'll be serving up more of the same.

Re: "the job of relieving

Re: "the job of relieving this inflationary pressure falls mostly to our central bankers and their ability to raise interest rates"

First, the price of driving to the cottage isn't foremost on the majority of Canadians' budgets: it's just paying for the groceries. I, for one, am skeptical that the cost of Ontario leeks, raised last year, has in winter storage doubled. Neither does the increase in fuel reasonably account for anything near the actual price increases at the supermarket.

Second, banks' profits have continually risen quarter over quarter for ages, and dramatically so since just before the pandemic.

Third, over the fall of '19 and beyond, the grocery chains' profits have risen to record heights, quarter over quarter. It's not a matter of an individual grocery company's market share: it's the combined effect.

I.e., it's greed. I fail to understand how making it more difficult, and for some people impossible, to buy any kind of fresh fruit and vegies, will rein in the greed of resource extractors and purveyors of essentials alike.

It's just another mandated shift of goods and money from the lower rungs of the SES ladder to the top.