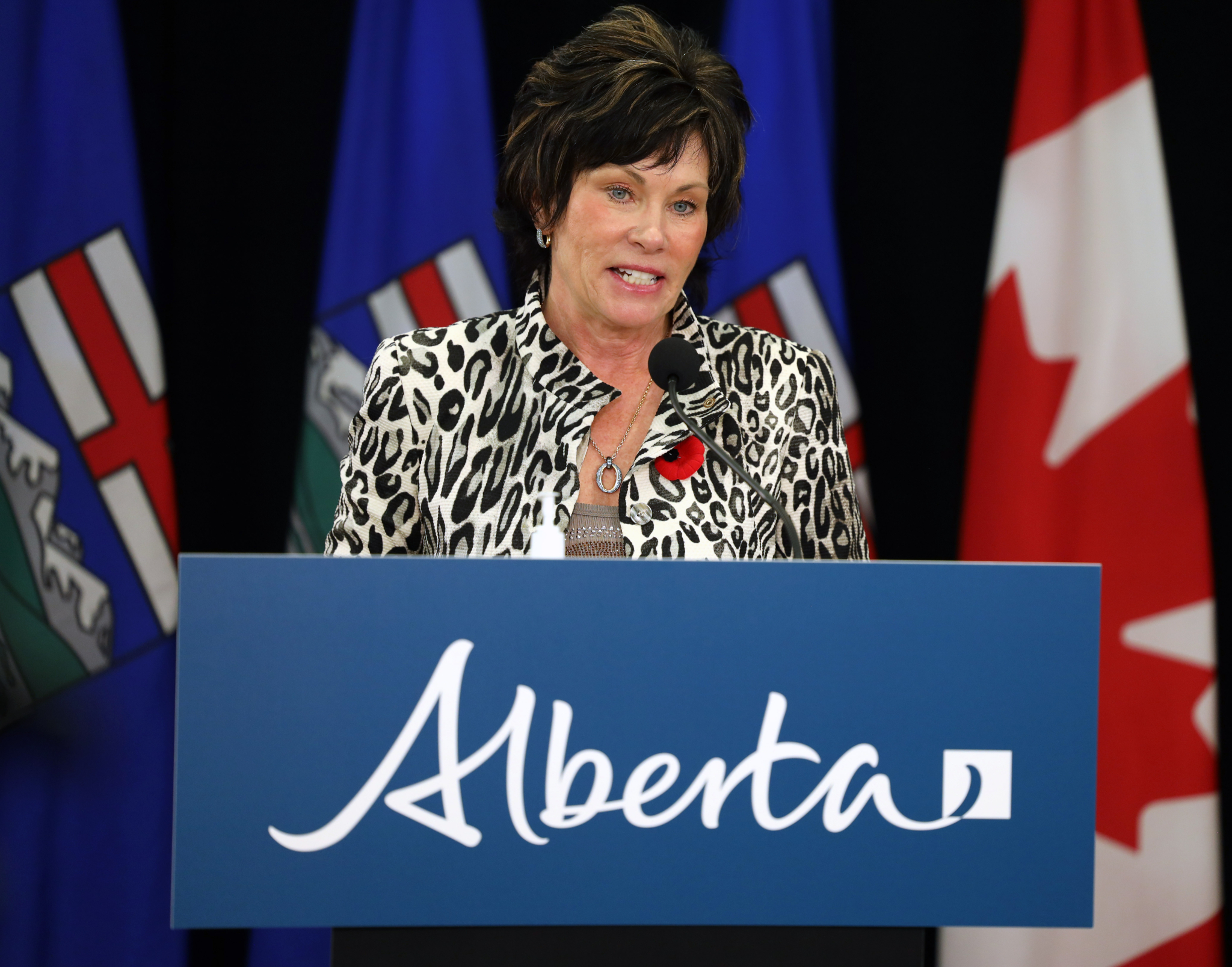 Alberta is investing millions of dollars into carbon capture technologies at a time when climate experts say the technology should be used as a last resort. Photo via Government of Alberta / Flickr (CC BY-NC-ND 2.0)
Previous story

In an effort to curb emissions, Alberta is continuing to pump millions of dollars into carbon capture technologies.

“We are serious about advancing and commercializing CCUS technologies in this province,” said Alberta Energy Minister Sonya Savage, a former Enbridge lobbyist. “Carbon Capture Kickstart is another important investment that will help enhance the competitiveness of our energy sector and strengthen Alberta’s position as a world leader in developing CCUS technologies.”

The federal government is committed to carbon capture plans, too. In April, it unveiled plans for a contentious carbon capture investment tax credit that would make $2.6 billion available over five years to trap and store planet-warming carbon dioxide emissions. Last week, Natural Resources Canada opened a call for proposals to invest $50 million in large-scale CCUS projects.

But critics say this is the wrong approach for several reasons. The concerns climate advocates and experts have are that CCUS is expensive, doesn’t work as advertised, and isn’t relevant to short-term emission reduction goals, while renewables are cheaper and proven.

Existing carbon capture projects, like SaskPower’s Boundary Dam or Shell’s Quest facility near Edmonton, have failed to reduce emissions as promised. Boundary Dam consistently failed to meet its 90 per cent capture rate, and lowered its target to an easier 65 per cent it still regularly fails to meet. Quest’s capture rate is so bad, it actually emits more greenhouse gases than it captures, according to a report from international NGO Global Witness.

Even if these projects worked as advertised, they do nothing to capture the 80 per cent of emissions that come from fossil fuels when the product is ultimately burned. Carbon capture is aimed squarely at the fraction of emissions related to extracting and transporting it to the consumer.

“Not all emission reduction is equal,” International Institute for Sustainable Development policy adviser Vanessa Corkal told Canada’s National Observer. “There seems to be a tacit acceptance that this is a viable path forward, and I don't think that we have sufficiently challenged that assumption.

“It's really important to ground how realistic this particular solution is in the global context and what key experts are saying,” she added.

Alberta is investing millions into carbon capture to curb emissions and help companies tap even more public money from Ottawa, but critics say the plan risks locking in fossil fuels for the long haul. #cdnpoli #CCUS

Climate experts agree the role of CCUS in meeting the Paris Agreement’s goal of holding global warming to 1.5 C should be extremely limited and used only for vital industries for which there are limited options. The Intergovernmental Panel on Climate Change considers CCUS to be a tool of last resort because while it could play an important role in helping to decarbonize sectors like cement and steel making, it’s ultimately a relatively expensive and ineffective technology when compared to switching to renewable sources of energy or investments in energy efficiency.

Experts in Canada urged the federal government earlier this year to drop its carbon capture “pipe dream.” A letter signed by more than 400 academics across the country called on Ottawa to scrap its planned investment tax credit and shredded the technology’s raison d'être.

“Put simply, rather than replacing fossil fuels, carbon capture prolongs our dependence on them at a time when preventing catastrophic climate change requires winding down fossil fuel use,” the letter reads. “Relying on CCUS preserves status quo fossil fuel development, which must be curtailed to meet global climate commitments.”

ERA's funding derives from the carbon taxes paid by large industrial emitters under Alberta's Technology Innovation and Emissions Reduction (TIER) regulation. Not from general revenues.
Emissions Reduction Alberta: "Beginning with Alberta’s 2008 Climate Change Strategy and the Specified Gas Emitters Regulation (SGER), and transitioning through to the Government of Alberta’s new Technology Innovation and Emissions Reduction (TIER) regulation implemented on January 1, 2020, ERA has been the mechanism for investing the revenues from the carbon price paid by large final emitters directly into clean technology solutions."
https://www.eralberta.ca/history/

$40 million, or even $300 million, is a drop in the bucket for carbon capture. The industry estimates total costs at $75 billion. With three quarters of the costs to be paid by taxpayers.

"What's the cost of cutting oilsands' carbon emissions? A cool $75 billion" (Bloomberg News, Jul 08, 2021)
"It will cost about $75 billion to zero out GHGs from oilsands operations by 2050, with a good deal of the costs borne by taxpayers and many loose ends yet to be tied up, according to two of the industry's top CEOs.
"To achieve the goal announced last month, about half of the emission cuts would need to come from capturing carbon at oilsands sites and sequestering it deep underground, which may require as much as two-thirds government capital like in Norway, Mark Little, chief executive office of Suncor Energy Inc., said in an interview."
https://financialpost.com/commodities/energy/oil-gas/oil-sands-carbon-cu...

Please add this to the total

Please add this to the total ongoing - whopping and misguided - subsidies to the fossil fuel industry, the wealthiest corporations in the world who are jeopardizing the future, and disseminate this information relentlessly, until we stop expensively and futilely greenwashing disaster.

And the bottom line is: Stop

And the bottom line is: Stop burning fossil fuels in your homes, cars, Amazon deliveries, fast fashion purchases, and stuff in general. If there is no demand for oil, there will be no tax payer costs for capturing the carbon that producing it and burning it generates. The villain is not the oil companies, rather it is ourselves and our energy intensive life style.

Very poor analysis on the

Very poor analysis on the Shell project. From their website: "To date, Quest has captured and stored over 6 million tonnes of CO2." The NGO report looked at the entire Scotford facilty which continues to be a net emitter. Quest was only ever meant to capture and sequester a portion of that facility's emissions which it is doing successfully. To say it is a failure is a failure in research and reporting.

Of all the methods you could

Of all the methods you could choose to spend money on for the purpose of reducing atmospheric CO2, CCS has to be the absolute worst. Even when it works, and the record is that most of the time it doesn't, carbon capture is by far the most expensive, inefficient and ineffective. It is fraught with multiple technical problems and huge wasted costs.

"CCUS technologies address only a fraction of emissions. They are not negative emissions technologies and they do not remove carbon from the atmosphere."

"Despite five decades of research and tens of billions of dollars in subsidies globally, the current scale of CCUS is minute. Current global carbon capture capacity is 39 MT, or about 0.001% of annual carbon
pollution globally."

"Most CCUS projects never get off the ground. A 2021 study found that more than 80 per cent of the CCUS projects attempted in the U.S. have ended in failure."