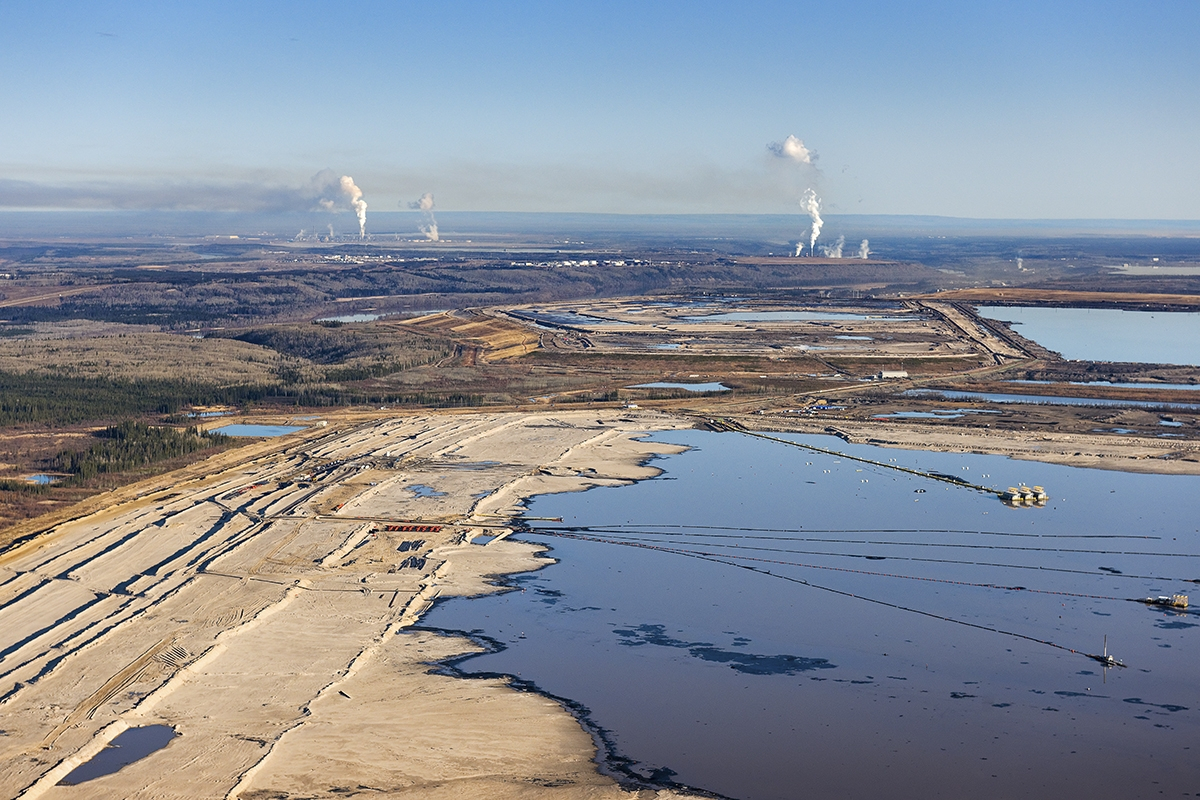 Canadians stand to lose over $100 billion in the energy transition as investors around the world continue to pour money into fossil fuel assets that will eventually become worthless, a bombshell international study finds.

Many of the identified losses will come through people’s pension funds and investments. People with their retirement savings tied up in funds like the Canada Pension Plan, Ontario Teachers’ Pension Plan or the Alberta Investment Management Corporation are at risk of seeing their savings threatened if an energy transition is not well managed given how deeply invested in fossil fuels many pension plans are.

To avoid the more serious impacts of climate change, the world must rapidly move away from oil, coal and gas. As that transition happens, fossil fuel assets — like the equipment used to extract oil and gas, not to mention the oil and gas itself — will lose their value. The study, published in the journal Nature Climate Change, sought to understand who will take the financial hit as oil and gas production worldwide becomes unprofitable.

By tracing more than 40,000 of these assets back to their ultimate owners, the authors found investors risk losing as much as $1.76 trillion globally. The study does not predict a crash but rather compares two scenarios — what investors currently expect from their investments and what it would take to hold onto the Paris Agreement’s goal of preventing the planet from warming more than 2 C — to identify the amount of cash at risk of never materializing. It only considered resources used in oil and gas production, meaning that number could grow if things like pipelines and refineries were included.

People living in global financial powers like the United States and the United Kingdom have the most money at risk from transition — an exposure of roughly $350 billion and just over $125 billion, respectively. The British Virgin Islands and Hong Kong came third and fourth, with Canada rounding out the top five.

More than half the fossil fuel assets examined by the study — worth roughly $950 billion — are owned by individuals through vehicles like pension funds, the authors found. The majority of these assets are not located in rich countries like France, Germany, Japan and Australia. However, most of their owners are, the study finds, meaning there is “a potentially perverse incentive in the financial sector of these wealthy countries” to slow climate action.

In other words, financiers in rich countries are investing in fossil fuels to make money in the short term, but the more cash goes into these investments, the more those people stand to lose later on as the world stops using oil and gas.

“On the one hand, they benefit from these profits that are flowing and have an interest in keeping them alive,” said the study’s lead author, Gregor Semieniuk, an assistant research professor at the University of Massachusetts Amherst, in an interview with Canada’s National Observer. At the same time, he added, investors are risking big losses because their fossil fuel investments could quickly become worth a lot less if the world transitions to clean energy sources like solar and wind at the speed necessary to keep global warming under 2 C.

Canada — one of the world's top fossil fuel producers — has oilfields and production equipment worth more than $145 billion. But because so much of the country's oil industry is foreign-owned, some of that risk belongs to investors outside the country. When you trace the ownership of oilfields and production equipment — both in Canada and beyond — back to Canadians, the study found, the money investors stand to lose is actually around $100 billion.

“Canada is actually one of the countries that comes out owning less of the financial assets than the physical assets,” Semieniuk said. Still, Canadians shouldn’t take that as great news because the country is among the hardest hit by an energy transition. “Canada, with its tarsands, is pretty much on the losing end,” he said.

An oil and gas company’s value is “unlikely to trend down over the course of 10 years. It's more likely to fall off a cliff when the market realizes what's going on.” #cdnpoli #FinancingDisaster

No matter what, phasing out the oil and gas industry, which must happen to limit global warming, will involve some financial pain. In Canada, banks and other financial firms have pumped over $900 billion into the coal, oil and gas industries since the Paris Agreement was signed. If the country acts quickly to address climate change, they are unlikely to see those investments pay off as expected.

However, there is an even higher price to pay for continuing to invest in fossil fuels. A report published last year by the Canadian Institute for Climate Choices estimated the damage to infrastructure like roads, buildings and power lines caused by climate change will cost roughly $30 billion a year.

“It will be very sudden and unexpected,” he said. An oil and gas company’s value is “unlikely to trend down over the course of 10 years. It's more likely to fall off a cliff when the market realizes what's going on.”

Pension funds especially need to get better at understanding their risk exposure, Scott said. To date, their focus has been on the physical risk to their investments — fires, floods and other climate impacts that could threaten profitability. Pension funds remain “largely blind” to the risks posed by an energy transition that could see their investments lose significant amounts of money, he said.

A recent report from Shift found deep entanglements between executives who run pension funds and the fossil fuel sector. The study found seven of Canada’s top 10 pension funds have at least one director who also serves on the board of directors of a coal, oil or gas company, complicating efforts to align long-term investments with a climate-safe future.

"No matter what, phasing out

"No matter what, phasing out the O&G industry, which must happen to limit global warming, will involve some financial pain. In Canada, banks and other financial firms have pumped over $900 billion into the coal, O&G industries since the Paris Agreement was signed. If the country acts quickly to address climate change, they are unlikely to see those investments pay off as expected."

Conversely, for O&G investments to pay off as expected, Canada must not act quickly to address climate change.
Canada's energy strategy in a nutshell.

'Stranded assets in the making.' The case study known as Bay du Nord will face the insidious rise of electricity and the displacement of coal, oil and gas worldwide relatively early in its life. This will be especially ironic should Newfoundland and Labrador realize even a fraction of their phenomenal wind power export potential, notably catalyzed by a proposed new undersea transmission cable connected to the mainland and the increasing affordability of conventional renewable power.

The same fate will befall oil sands investments, which have shown a great tendency to habitually avoid research into future-proofing their investments and diversifying their portfolios, with particular attention on budgeting pitifully small amounts into renewables while maxing out the crowing about it between calls for more government largesse to be poured onto failed ideas like CCS.

You don't have to be a corporate executive jumping between industry and government desks to understand the finality of consumer preferences for less costly cleaner products and affordable economic arithmetic. But still the boardroom execs hop, which will make them look like idiots when the transition fires up in earnest as the EV, microchip and metal mining supply chains open up to the pent up demand. Pointed questions about portfolio managerial competence will abound in the aftermath.

The only folks who would look stupider are the politicos who followed every instruction issued by their Big Oil masters.